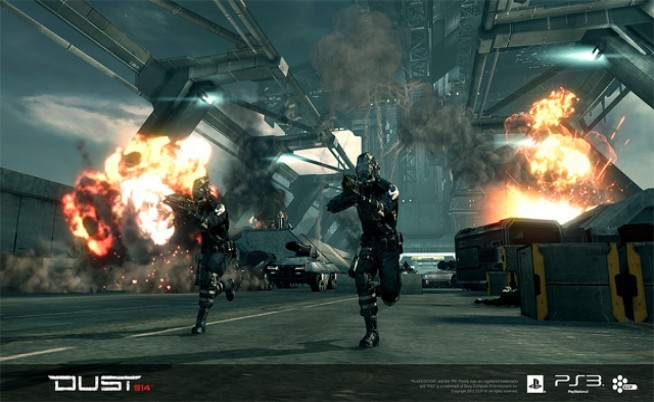 In a recent interview with Eurogamer, executive producer of Dust 514, Brandon Laurino, confirmed that Dust 514, an MMOFPS, will be available for free.

Like the Killzone 3 multiplayer that recently went free-to-play, PlayStation 3 owners who have access to the PlayStation Network will be able to download the game for free once it launches later this year. Originally, the game had been planned to cost somewhere between $10 to $20, but it has now been decided that the game will go free and feature a store that gamers will be able to purchase various content such as maps, skills, and other in-game items. Cost of these items can range from anywhere in the pennies to high prices, which have not been told yet. Expect tons of content releasing for the game in the near future.

Dust 514 will have 4 maps according to Brandon, but in reality it will feature much more.

“It’s not the classical, ‘We’re going to have four maps at launch…’ We are covering literally a universe of planets, so there’s thousands of different maps and they’re all available to everyone who’s playing.” Brandon told Eurogamer, “There won’t be some section of the universe that’s blocked off. It’s really about what you build on those planets – some of those will be earned, some of those will be paid. Again, none will give an unfair advantage, but may have a unique look, or a certain tweak or side-grade.”

You can read the full story here: Eurogamer

Whether this will hold the same truth for the PSVita version is currently unknown.

PlayStation Network Down for Maintenance Today