You might have noticed an instructional image floating around the internet that looks a little something like this: 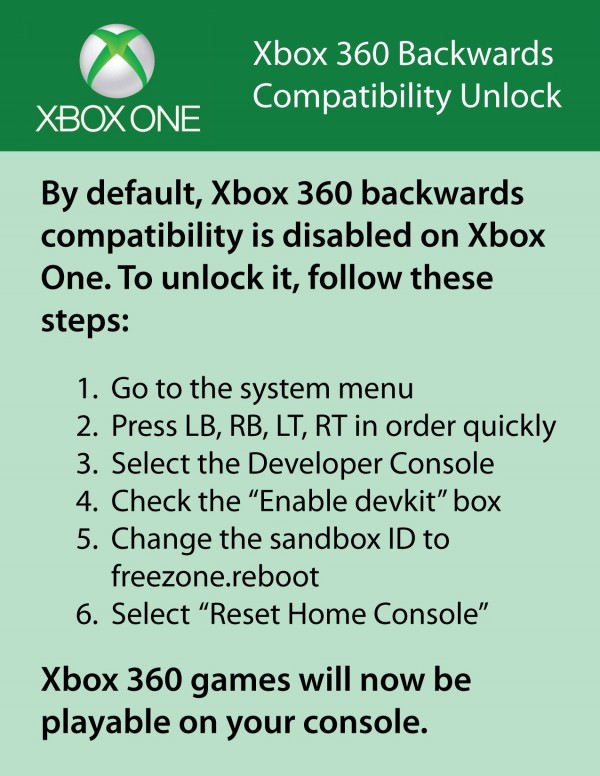 The set of instructions teaches users how to enable Xbox 360 backwards compatibility on your Xbox One so that you can play some of your older games. The only problem is that it doesn’t. Instead, as users on NeoGAF have been reporting and which Kotaku later noticed, it “bricks” your console, rendering it useless.

Larry “Major Nelson” Hyrb also commented on Twitter, confirming that following any of these steps may render your console “inoperable”.

Simply put, don’t fall for it. You’ll only cause major issues for yourself.