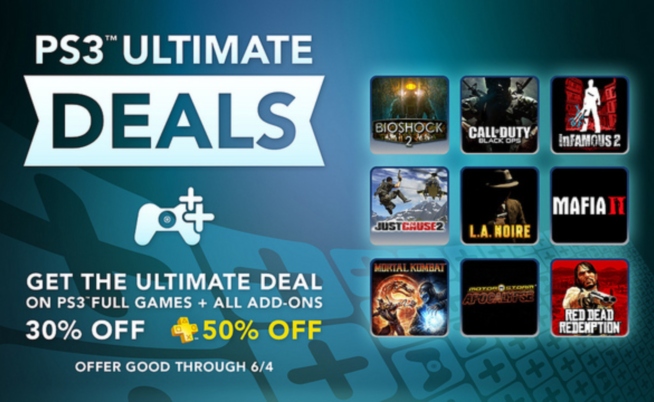 As the North American PSN store* receives its weekly update later today, new bundles will be on offer under the label, PSN Ultimate Editions.

Ultimate Editions of nine PS3 games have been announced on the PS Blog to go on sale later today. These nine editions, listed below, will include the games bundled with all of their DLC, and will be sold at a %30 discount for regular PSN users, %50 discount for PS plus subscribers. This sale will be available until June 4th.

Red Dead Redemption with Legends and Killers, Liars and Cheats and Undead Nightmare

Mortal Kombat with the Warrior Bundle and Klassic Skins Pack 1

*This sale has only been announced for North America at the time of writing. If it becomes available to other territories, we will update this piece.

Welcome to the Official MP1st Forums