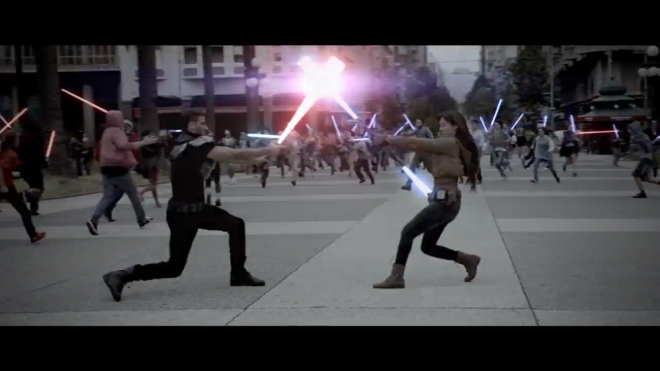 On October 1, BioWare is introducing new 4 vs 4 Warzone Arenas to the game via Game Update 2.4: The Dread War. The update will also add two brand new Operations for players to take part in.

To help get you pumped for some intense Star Wars PvP action, the studio has put together this sweet new live-action trailer filled with lightsaber-wielding and blaster-slinging city folk gearing up for all out war.

In addition, BioWare has also implemented BitRaider streaming which should cut down on download times for the upcoming update. Also, starting today, new and previous subscribers who join or re-up as a subscriber will automatically receive the game’s first Digital Expansion: Rise of the Hutt Cartel for free. You can read up on the conditions here.

Lastly, to get a sneak peek at the new PvP Warzone Arenas, tune into MMORPG.com’s Twitch.tv stream starting tonight at 6:30PM PDT.