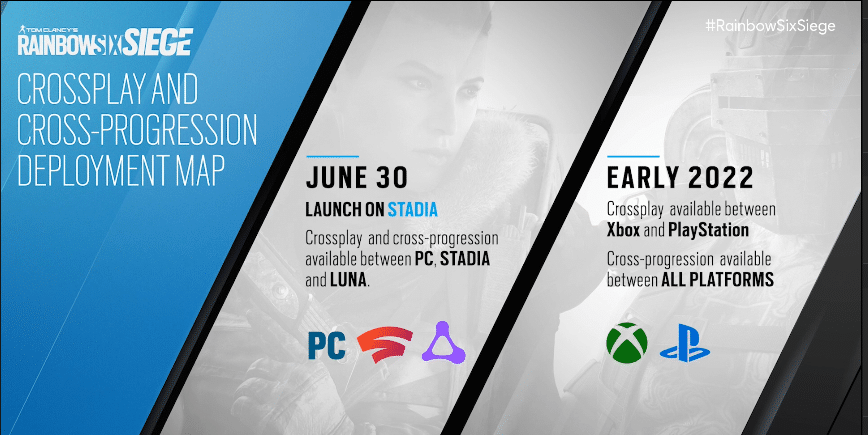 During Ubisoft’s Ubisoft Forward event, the company announced that Rainbow Six Siege will finally be getting crossplay! While PC and Stadia players will be able to experience it on June 30, console gamers will see Rainbow Six Siege crossplay be available sometime in “early 2022!”

Ubisoft has also mentioned that cross-progression will be available on ALL platforms, which should mean that those who want to migrate to a different platform, can do so without losing any progression whatsoever.

In addition to that, the Rainbow Six Siege North Star story trailer has been released too!

For more on North Star, go check out gameplay of the new operator — Thunderbird — showcased in this gameplay video.

Once we know more about Rainbow Six Siege’s crossplay and other content plans, we’ll let our readers know.