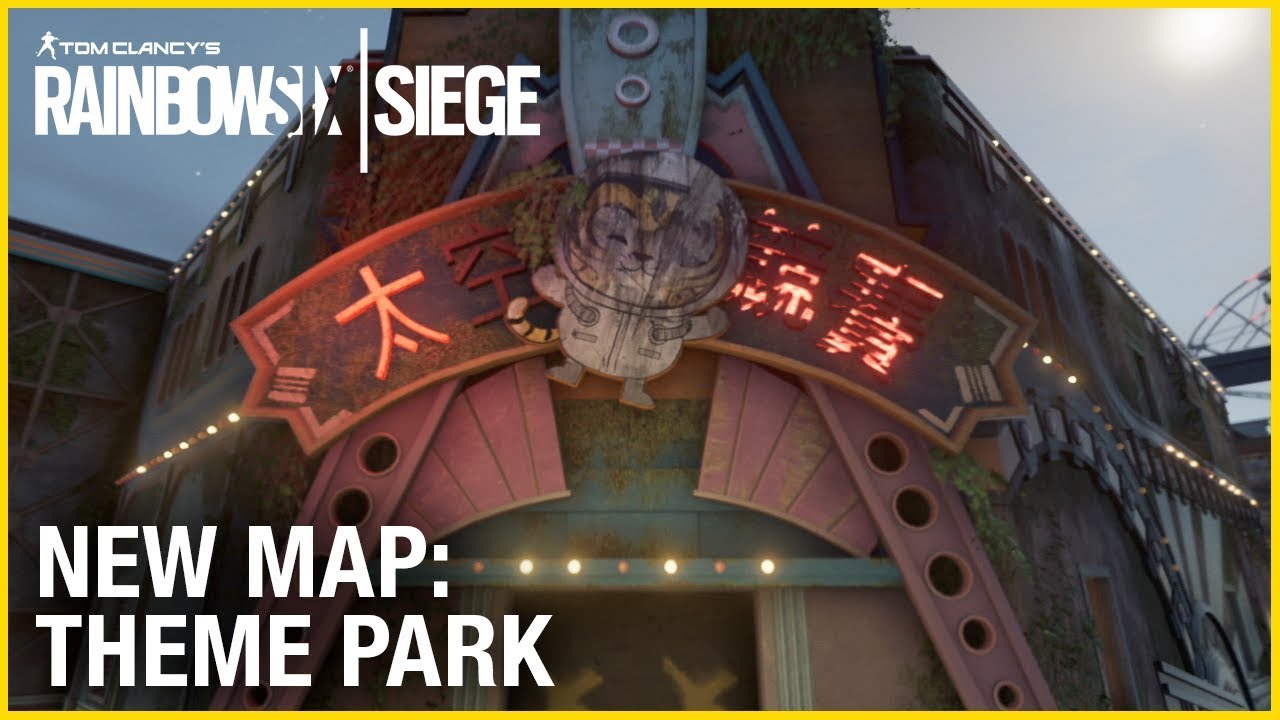 Though we already know which operators the Operation Blood Orchid expansion is adding to Rainbow Six Siege, thanks to the leaks earlier today, details surrounding the new map have been kept fairly secure. We knew it was a theme park, but that’s about it. Happily, Ubisoft has not only given a short description of the map, but also a minute-long trailer.

Team Rainbow has been called to raid an abandoned theme park on the shores of Hong Kong. Two of S.D.U.’s most resourceful Operators were chosen to lead a lethal raid in this challenging perimeter. Get ready to discover a colorful and eclectic new map filled with dynamic and fast-paced face-offs.

I spy a horror theme and several dark corridors to hide in. I’m looking forward to lighting the place up with gunfire! There’s an arcade machine, too, which better be playable! The ice cream parlor looks like it’s seen better days, though.

What do you make of the new Rainbow Six Siege Theme Park map? Looking forward to blowing the hell out of it?!