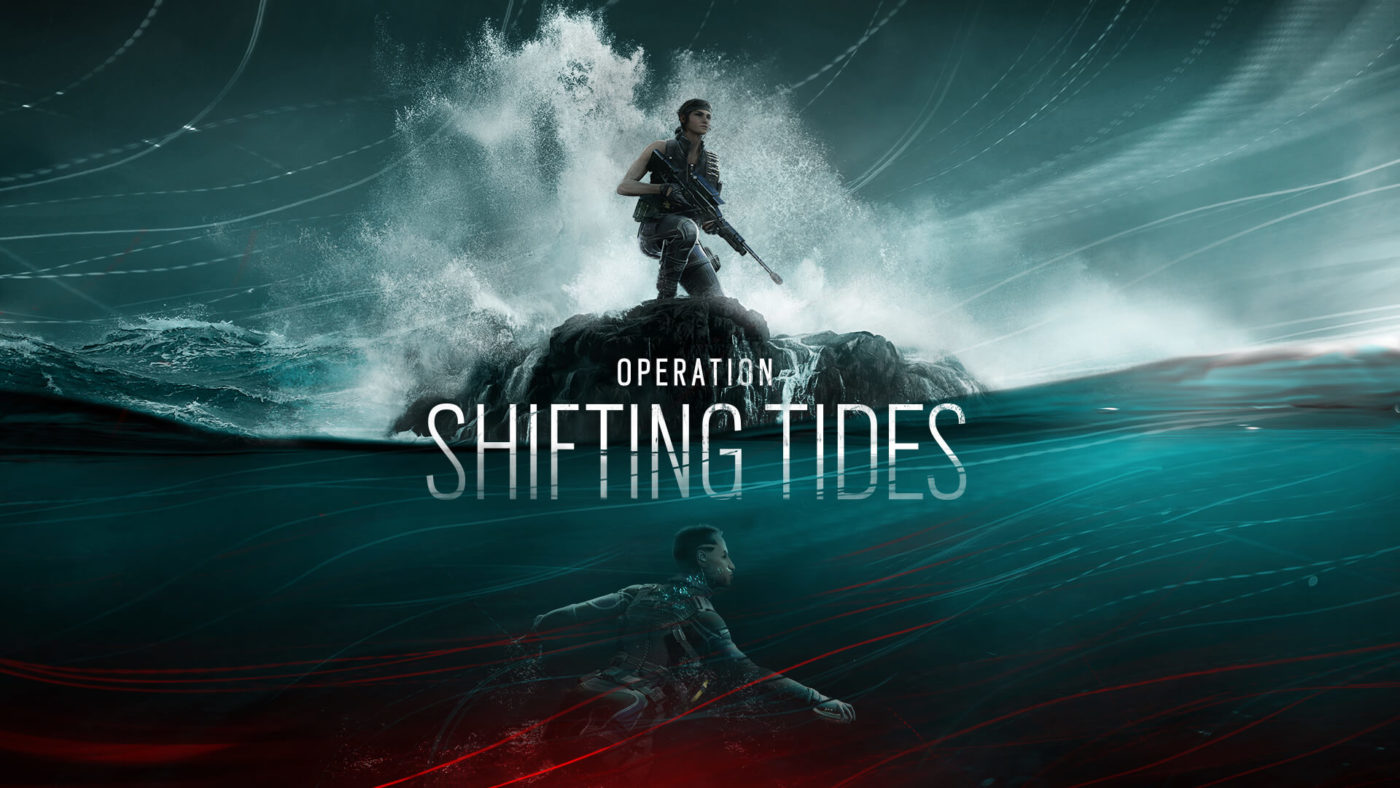 Did you miss Theme Park? With Operation Shifting Tides, it’s back and reworked! It might not look like it at first glance, but there are some massive changes coming.

There are some major indoors changes to unpack, but let’s start with two things that will affect your outdoor gameplay. First, lines of sight have been constricted to prevent most spawn peeks. Second, Rail Overlook and Lift Car, as well as their ramps, have been removed. The reasoning behind this is quite simple: we’re getting rid of train.

That’s right, the entire Rail Platform area is gone. Instead, the East and West sections of the building have been brought closer together, with Yellow Corridor (previously named Cafe Corridor) and Bunk connected to Office and Initiation Room through breakable walls.

Inside the building, there are a few things to notice, which mostly involve the East section. The downstairs area has been remodeled with a thematic that represents the map’s origin, with the Gargoyle and Haunting Dining bomb sites replaced with the Throne Room and Armory pair. The new Gong Room in this area also becomes the main entrance, with Arcade Entrance being blocked off South-West. Dragon Stairs, previously named Haunted Stairs, now faces East instead of North.

Hold onto your hats, limb penetration is a thing! Have you ever flashed someone with a stun grenade and been denied a headshot because of the hand covering their eyes? Then this section is for you.

This season is the perfect moment to rework penetration, with Kali’s sniper rifle being one of the most intimidating weapons in-game. Weapon category has a part to play, but first let’s go into the three different types of penetration.

The first, we’ll call “none”. Simply put, any shot with these weapons does not go through limbs, or torsos, or anything else. The weapons concerned here are most shotguns, and secondary SMGs.

The second, or “simple”, is reserved for one target only. Bullets from these weapons will go through arms and legs to hit more valuable body parts. Face to face with an opponent and shoot through their arms? If you’re lined up with the head, it should be a headshot. The weapons include main SMGs, assault rifles, pistols and LMGs.

The third, dubbed “full”, is the most you could hope for. Shots from these bad boys will go through an Operator and hit other Operators behind them for 30% reduced damage for each additional penetration. Pull out your BOSG.12.2, TSCG12 and sniper rifles, and see if you can take down more than one opponent at once!

One detail to keep in mind with all this: now that most bullets go through arms and hands, the damage received if a shot hits only those areas (without penetration) is reduced to 75%, the same as leg shots. For Operators with 3 Armor, however, damage is reduced to 65%.

There’s been some inconsistency with the functionality of Smoke’s gadget, and we’re looking to change that. The main thing we wanted to amend was that the gas would go through walls and both damage Operators and obstruct their line of sight, even if there was no logical way for it to get through that wall.

We’ve adapted it now to work much like Capitão and Goyo’s fire, where the smoke will only go through a wall if there are big enough holes to propagate through. The visual has also been altered to no longer fully obstruct sight, instead being a more consistently transparent cloud.

From the very beginning, rappelling has been quite consistent. There was a prompt to enter rappel, but exiting it was automatic. From now on, however, that will no longer be the case. A similar prompt will come up when you’re able to exit rappel, and all you have to do is press that key if that’s what you want. With this small modification, players will be able to avoid exiting rappel when they’re just trying to stay as close to its edge as possible, giving you more power over your tactical decisions.

As our third oldest Operator to date, Capitão has lived through a lot. There was a time when he rocked a full head of dark hair, and he worked directly with the people. His new Elite set emulates that era of his life, when he operated in the favela to save as many lives as he could.

Go back in time with Capitão’s Responsa uniform, victory animation, gadget skin for his TAC Mk0 Crossbow and weapon skins for the Para-308, M249 and PRB92, as well as the Elite Capitão Chibi charm, all of which will be available soon after the launch of Operation Shifting Tides. View Animation.

We’ll be updating the Test Server with even more balancing changes, so check out the updates there for new changes!

We’re in the process of updating breakable props across all our maps to be more structured in how they are destroyed when they are in the pathway of gadget projectiles and missiles. The goal is to make destruction of various elements across maps more coherent for players. This first iteration should allow projectiles to break fragile props that would otherwise block their path (ex: Grenades, C4, etc.).

With the new season, we’ve improved the coding logic for a number of primary and secondary gadgets to protect against potential regressions and widen their capacity for future complexity.

These backend changes will not impact your experience using the gadgets.

Quick Match (previously Casual) and Newcomer playlists will adopt the AA-DD role swap. Similar to Ranked, players will swap roles once a match.

You will now be able to find all the information you need about a game mode in the new Playlist Guides! Newcomer, Quick Match (previously casual) and Unranked game modes will now have Playlist Guides similar to the Ranked guides.

The Operator voices for Hibana and Mira have been re-recorded with new voice actors. We are thankful to the voice actors that we worked with up to this point, but with the expansion of our Universe content, we needed to make adjustments to our talent line up to ensure consistency.

You can check out the Designer Notes for Y4S4 right here, which gives us an insight on the developers’ thoughts on the changes.