With Rainbow Six Siege’s Crimson Heist (Year 6 Season 1) confirmed for release this coming March 16, the changes in that build are now playable on the PC version’s test servers. With that in mind, Ubisoft Montreal has shared the Rainbow Six Siege Y6S1 upcoming changes explanation in the latest Designer Notes!

Same as in the other Designer Notes, this isn’t the full patch notes, but rather, the devs giving insight to the player base on why certain Operator changes were made and so on. 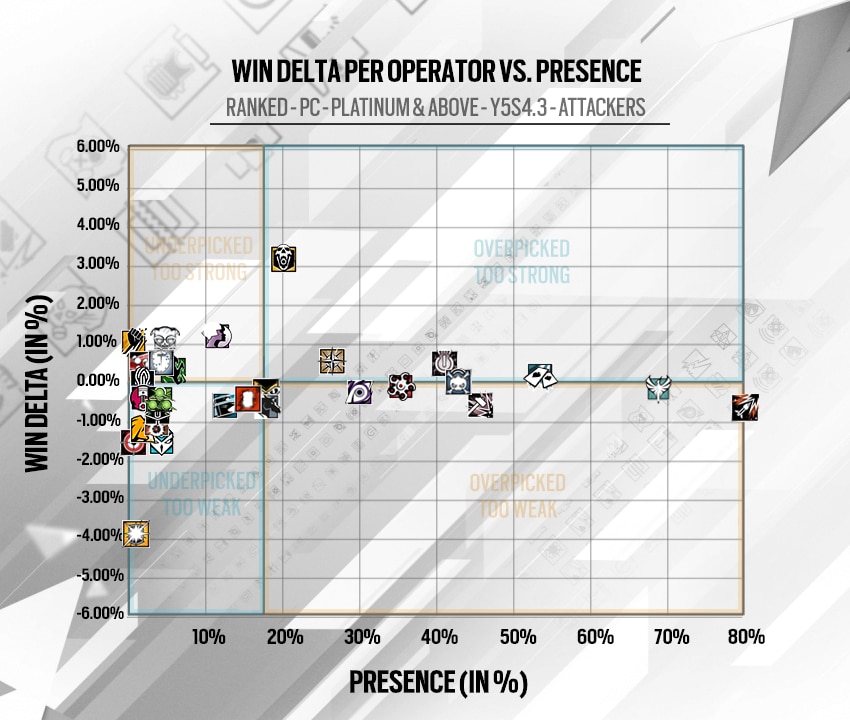 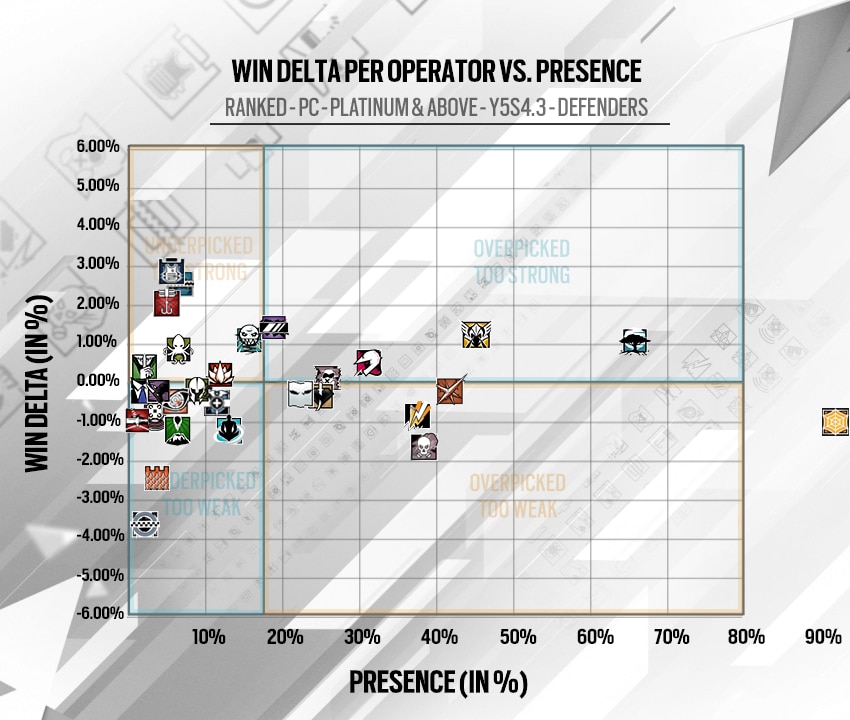 Please note that we are using presence to gauge the popularity of an Operator. This notion had to be introduced to reflect the implementation of the pick & ban.

Presence definition: pick rate of an Operator when not banned. Win Delta: The Win Delta is aggregated from Operator’s Win Deltas per Bomb Site. 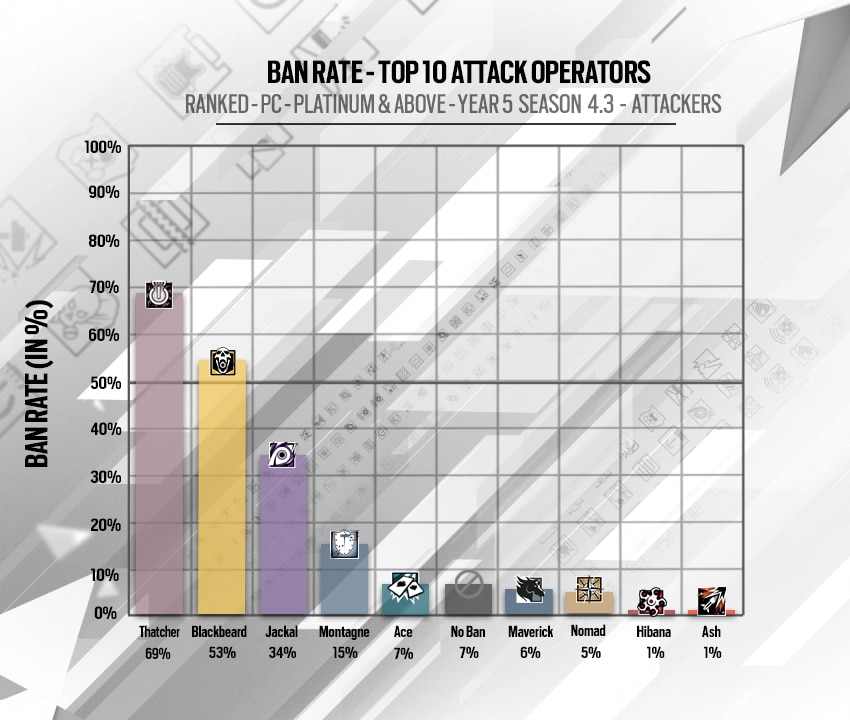 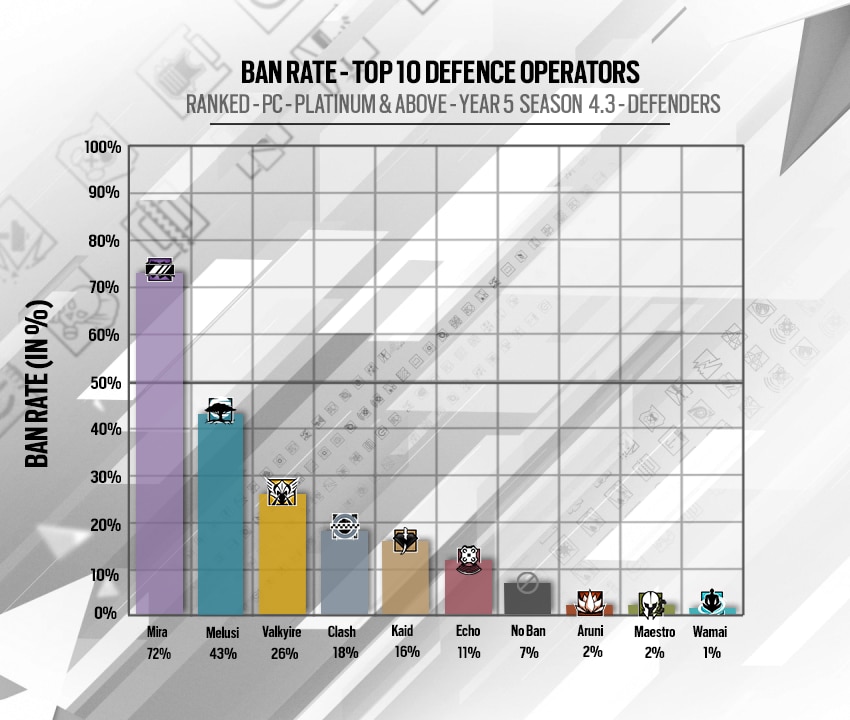 Our next step is to increase the weapon damage to make 1-speed Operators also fall into DBNO. Like last time, we will be monitoring your feedback and the game data to ensure we continue tracking towards finding that sweet spot for Kali. For some Operators, balance is a process that takes iteration, so we appreciate the feedback and insight the community has shared here!

With the above change in mind, we want Rook’s ability to be relevant against Kali’s CSRX 300. We are not creating any specific rules for the interaction, but we want to clarify how Rook’s Armor works:

When an operator is wearing Rook’s Armor Plate, their armor gains an extra 15% protection. This means that:

This means that with the new damage value, only 3-speed operators will fall into DBNO when receiving a CSRX 300 body shot. The rest of the 2 and 3-speed Operators will survive that shot.

Dokkaebi is the first of two Operators who will be encountering a loadout shakeup this patch to make way for the newest gun in the Siege armoury. The Gonne-6 will replace the C75 as her secondary weapon, providing highly accurate explosive utility for dealing with gadgets, abilities and Operators. As a result, her gadgets have also been tweaked to limit the number of explosives at her disposal.

It’s no secret that Dokkaebi has received a number of loadout changes in the past year. The initial intention for giving her Frag Grenades was to offer more utility against bulletproof devices rather than to increase killing potential. By switching to Stun Grenades, she will retain this utility against bulletproof devices while also empowering her with a wider range of tools to better adapt to her surroundings while disrupting Defenders.

Like Dokkaebi, Finka is also receiving an update to her loadout, gaining the Gonne-6 secondary weapon and replacing her Frag Grenades with Stun Grenades. Given her strong win delta compared to other Attackers on the Balancing Matrix, the slight reduction in AoE damage capabilities is not expected to have a significant effect on her performance, particularly now that she is able to accurately deny many Defenders’ tools with the Gonne-6.

Population targeted by this change: Top Ranked and Pros.

In its current state, Mozzie’s Pest lacks clear counters and often forces Attackers to waste time and resources in order to avoid or mitigate obvious traps. The difficulty countering him has made Mozzie a particularly useful Operator, and has contributed to driving up his presence in the Balancing Matrix.

By adding a proximity warning to Pests, this provides Attackers with a tool to more effectively avoid or deal with clear traps. While this change will not fundamentally change Mozzie’s moment-to-moment actions, it will encourage more creative placement of Pests to get the jump on Attackers.

Twitch continues to have a high presence in the Balancing Matrix. This is due in part to her high killing potential and aggressive playstyle as a secondary entry fragger.

By replacing her Stun Grenades with Smoke Grenades, this removes one of the tools that empowers such aggressive play and opens up additional role opportunities for players who would rather hang back and provide support. We will continue to monitor how this affects her playstyle to ensure any changes retain the core of why players love Twitch.

It’s no secret that the G36 has been overshadowed by the R4C and ARX and is in need of a tweak. In order to make it feel better to use while bringing it more in line with the effectiveness of its contemporaries, this assault rifle’s recoil has been updated.

Players should notice an immediate change in its handling. Specifically, recoil will no longer drift horizontally, making it more reliable. Like anything relating to the handling of weapons, though, it’s important to note that we are continuing to look at how we can further improve the feel of different weapons in players’ loadouts.

With Year 6 Season 1, when a gadget is disabled by Mute, there will be proper feedback showcased to players.

Expect feedback when the following gadgets are disabled while in play:

For changes being worked on for N0kk (which won’t be part of the patch), and for more details, head on over here.

If you haven’t seen our Rainbow Six Siege coverage from yesterday, the Year 6 roadmap and upcoming changes have been revealed! There’s also a Resident Evil crossover happening within the year, and even one for Rick and Morty too!

Once the patch is out this March, we’ll let our readers know ASAP.