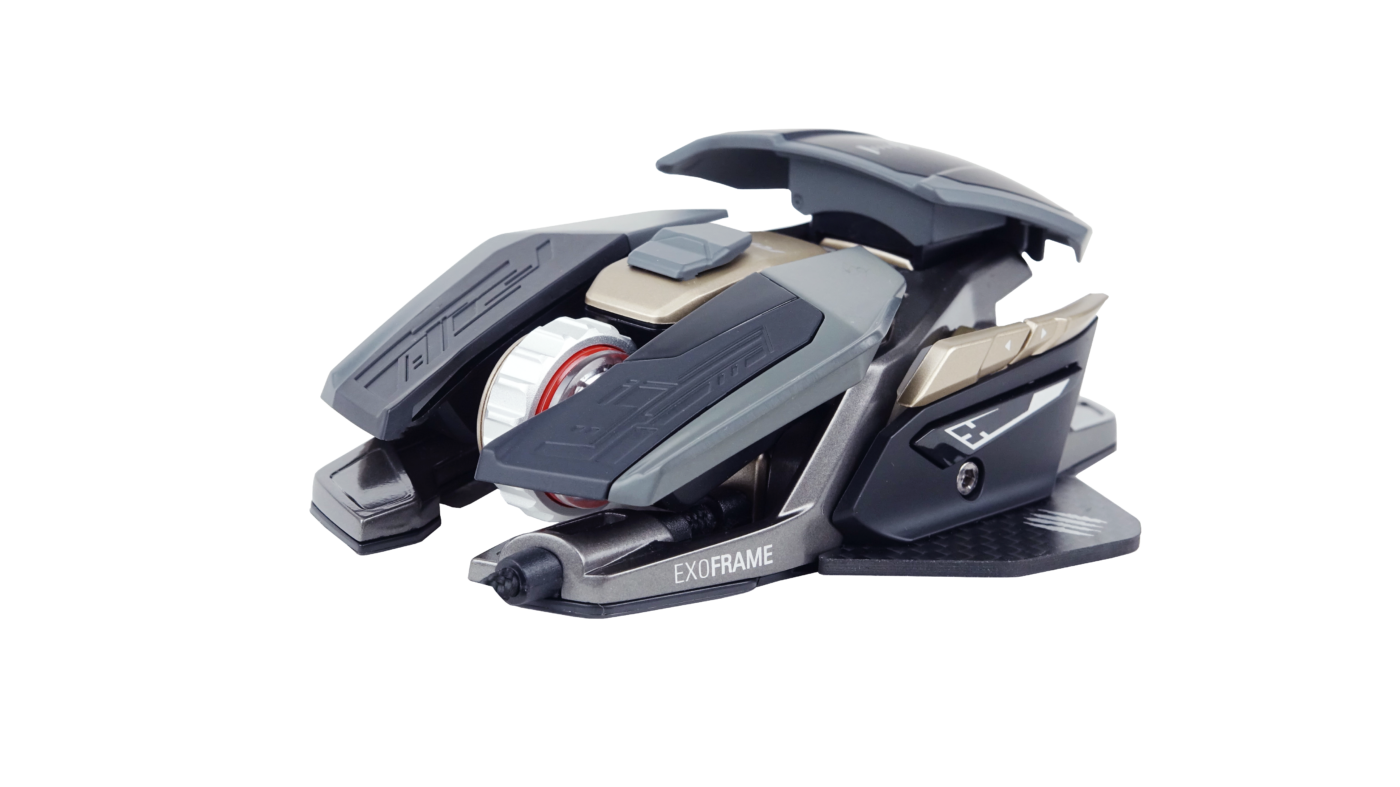 It’s the Year of the Rat, and Mad Catz is celebrating it in a big way as they have released a Supreme Edition of their RAT Pro X3 Supreme gaming mouse. Is this a mighty mouse or does this it deserve to be exterminated? Read on for our RAT Pro X3 Supreme review to find out.

Customize for Your Needs

Finding the right gaming mouse is no easy task. Sure, to many who are strangers of PC gaming, a mouse may come off as the same as every other one, but we all have our natural preferences when it comes to the type of gaming controllers we use. PlayStation gamers may prefer the DualShock controller over the Xbox controller or vice versa. Whatever the reason may be, it typically all boils down to comfortability. This fundamental preference is the same when it comes to gaming mice for PC gamers. For the better start of my PC gaming journey, I had a basic, cheap Walmart mouse that eventually got upgraded to a more highend one from Logitech. Yet through the years, I have always found myself wanting a different mouse, searching for one that can provide my needs and not the other way around. Well, today I’m glad to say that I have finally found that mouse.

The big selling point of the R.A.T. Pro X3 Supreme is the sheer amount of customization it has to offer. There are, in total, 108 different physical configurations. That may seem a bit excessive, but it’s for that very same reason that makes the R.A.T. Pro X3 Supreme so damn good. Out of the box, you are presented with the mouse, a carrier bag, an Allen wrench, and an assortment of swappable parts, each geared for different styles. You have the option to swap the palm rest, the left and right rests, the scroll wheel, and even the type of feets for different levels of friction. 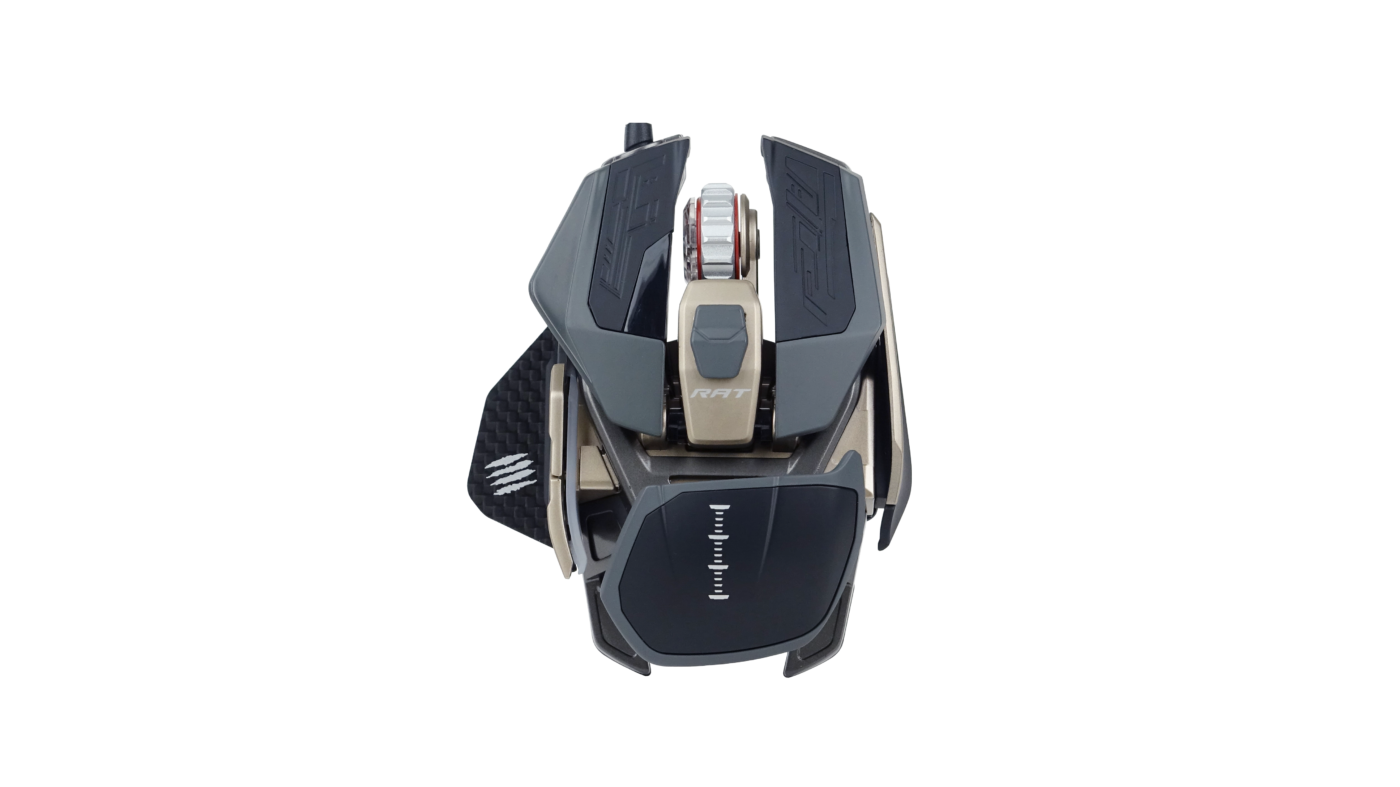 Swapping these parts is relatively easy as they’re mostly held down by lightly tighten screws, magnets, and clips. You’ll probably end up spending about an hour or so testing out the different configurations, but it’s time well spent as the end results deliver. Looking at the Pro X3 Supreme , you’re probably thinking which Transformer character this is based on. While I like the exoskeleton, robotic look it has going, it does come off as if it would be something that would bite back if you poked it. And yet, despite all the ridges and sharp pointy bits, the Pro X3 Supreme is surprisingly comfortable. The way all the panels are shaped ensures that you are always hitting the ideal points with your fingers. In the setup that I used, I had the left side with a narrow rest,while my right had a finger guard to keep my index in place during gaming. Long sessions of gaming yielded no discomfort whatsoever, which again is surprising given the amount of customization and the looks of the X3.

There are a couple of design flaws that hopefully Mad Catz considers in the next line. For starters, if you are left handed your basically out of luck as the thumb buttons cannot be relocated. Just something to think about for all you lefties out there. The other bit I took issue with was the palm rest. The palm rest can be positioned both forward and back with a simple push or pull, however it’s the titling that seems to be an odd oversight. While Mad catz supplies you with a allen wrench to unscrew panel bolts, it was an odd decision to opt for the use of a tiny Phillips screwdriver in order to make the palm rest titlable. Not a world ending complaint, but that’s just one extra tool needed in the mouse pouch.

Putting the Mad in Mad Catz

On a performance level, the Pro X3 Supreme offers the high precision and response that you would come to expect from a gaming mouse. Titles I’ve tested (Apex Legends, Battlefield 4, Microsoft Flight Sim, and more) all registered quick and responsive aiming and camera movements. All buttons were easily accessible, with the DPI being near the scroll wheel like most gaming mouses. Additionally, every button on the mouse could be customized via the Mad Catz R.A.T. software. While it certainly doesn’t have the most eye pleasing layout, the software did it’s job when it came to the ease of programming.  Any key could be mapped to whichever button you wanted. These are basically staple features in many mouses today, but there are a few things that the X3 does extra to put it above most. 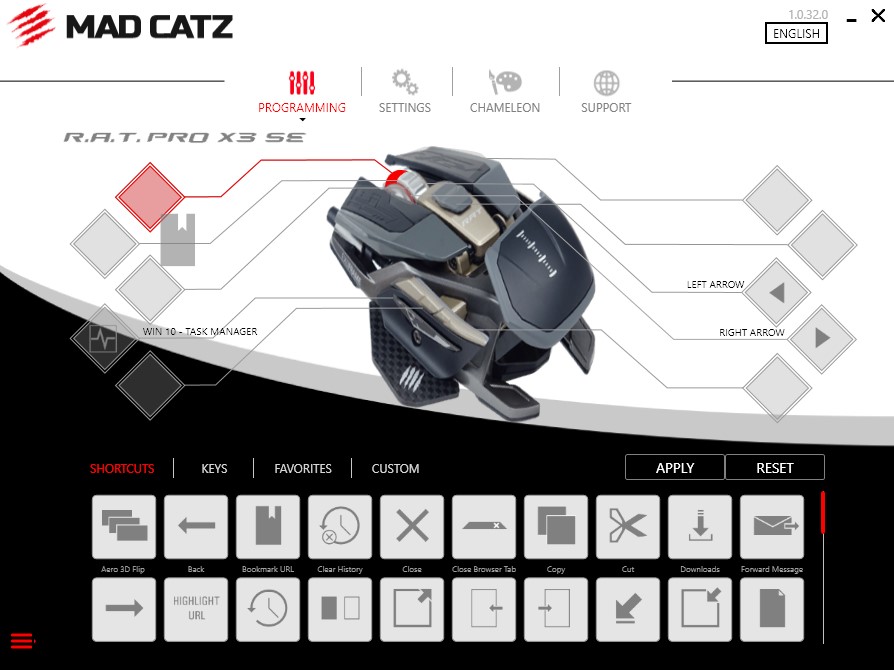 Users can program up to 10 different profiles with custom keybinds. These can swapped between from a small red button on the bottom of the mouse, with a number indicator to tell you which profile it is. This is extremely useful as it saves you time from using a program every time, and allows you to take these profiles on the go. Taking a stroll back to the design, this mouse allows you to swap out it’s feet. A very odd addition to me at first, but then I realized this was to change the amount of friction between the mouse and a gaming pad. The packaging comes with two sets, one “ultra low” and the other is just “low.” Testing both I found that I prefered the extra low friction as it had a more feeling of free-range when it came to motion. It’s a very minimal difference, but that kind of thing adds up to the overall feel. Then there’s the scroll wheel.

Unlike conventional mouses, and most gaming ones, the R.A.T. X3 Supreme features an adjustable popup scroll wheel. Looking a bit deeper at the wheel we can see that there is a small slot for the Allen wrench tool. This will allow you to change the resistance from a lot, to near zero. As mentioned, it also pops up from the standard position, offering you  a joystick like set-up. The range of motion are left and right when in this position, which also supports customized bindings. Testing out a few racing titles and Battlefield, I found controlling vehicle movements to be near 1:1 when using the scroll wheel. It may not replace the dedicated flight stick that I purchased, but to say the least it left me rather impressed.

Another cool feature with the programmables is the ability to map shortcuts. This was something that never occured to me as most of my mouses only allowed me to bind keys. In a section on the Mad Catz Mouse app, there are some shortcut macros that can be mapped to buttons. Actions such as pulling up the task manager, file explorer, accessing downloads, history, and so much more. I set up a couple profiles that were geared towards editing on video software and having certain shortcuts all in one button was such a huge game changer, I don’t think I could ever go back to using my other mouse.

My time spent using the R.A.T. Pro X3 Supreme gaming mouse was surprisingly a lot better than I anticipated. While outlandish in design, the mouse proved to offer the perfect amount of customizability to deliver on the perfect amount of comfortability. Performance is well up there with mouse pads of the same tier level, with of course a bit extra to provide a unive experience. My only real complaint here is the price point, and it’s a rather steep one. Depending on which version you want, the R.A.T. Pro X3 Supreme can cost you a pretty penny at $229. It certainly is a luxury device at that price, but that’s a fair and comparable one to many of the other high end ones. And considering how much you are getting back in return versus those other guys, it really isn’t all that bad of a price. Still a steep one mind you, but if you’re in the market and looking to spend around that range, then you can’t go wrong with the R.A.T. Pro X3 Supreme.

Update: We’ve updated the title and the images, as we reviewed the RAT Pro X3 Supreme (retails for $229.99)