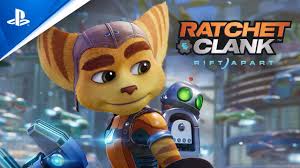 With a target release of being the first half of 2021, it would appear that the Taiwan rating board has officially rated Ratchet & Clank: Rift Apart along with a digital deluxe edition.

As spotted by Twitter user Andrew Marmo, the official Taiwan game rating board (via downloadable spreadsheet) has rated Ratchet & Clank: Rift Apart for the PS5.

Taking the line of text for the game and running it through Google translator also reveals that not only has the base game (regular edition ) been rated, but also has a digital deluxe edition of it. The game has also been rated “PG 12” (12 and up) and quotes “violence” for it’s rating explanation.

No official announcement has been made by Insomniac Studios or Sony concerning any kind of digital deluxe, or even a collector edition though we suspect this will change very soon. Chances are, we will be getting a new announcement (State of Play perhaps?) very soon that’ll not only detail the Ratchet & Clank: Rift Apart Digital Deluxe Edition, but also possibly a set release date. We’ve reached out to Insomniac Games and Sony for any comment, so stay tuned for updates!