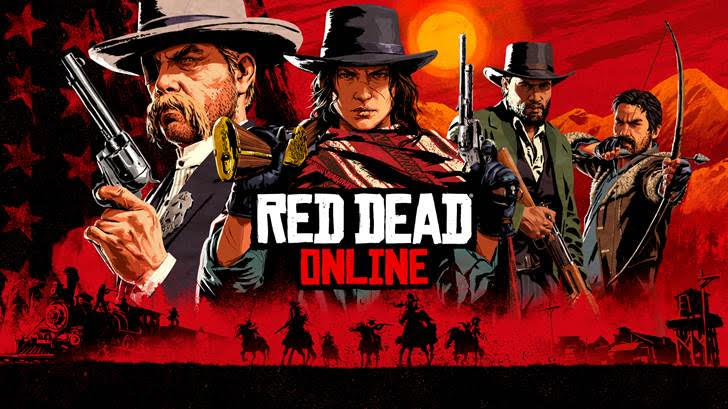 Cowboys and cowgirls, turn on your consoles and fire up Red Dead Redemption 2! Rockstar Games has rolled out Red Dead 2 update 1.09, and it has TON of stuff added to Red Dead Online! There are new missions, in-game world updates, and even new gambling stuff!

Clocking in at a hefty 3.30GB on PS4, check out the details of this Red Dead 2 update 1.09 patch notes below straight via the press release:

A Land of Opportunities – After the epic showdown in Fort Mercer that concluded the last series of missions, players will help Mrs LeClerk get closer to the truth behind the murder of her husband. In the more honorable Gunslinger path, battle the Del Lobos gang and help Marshall Tom Davies save Valentine – and his own neck.

New characters from the story of RDR2 – Free Roam Missions also expand today with new characters from the story of Red Dead Redemption 2 and a variety of new and diverse mission types. Bring your Posse to meet with Thomas the Skiff Captain down in Bayou Nwa for some honest work or visit the disconcertingly hospitable Aberdeen Pig Farmers to get your hands extremely dirty, and look out for more characters to appear soon.

Competitive fishing is now available on-demand in one of three new Posse Versus Challenges. Posse leaders can simply use the Player Menu to trigger intra-Posse competitions to reel in the biggest catch before the timer runs out in the Biggest Fish Contest, down the most flying birds in the Bird Shooting Contest, or gather the most plants in the Herb Picking Contest.

As you make your way across the frontier, you may happen across townsfolk and travelers in need of assistance, or opportunists looking to prey on lone riders. Stay sharp and keep an eye out, many of these encounters offer XP, Honor, Cash and even Gold rewards.

Visit poker tables at towns and outposts across the map to challenge your friends to a private, invite-only game of Hold ’Em. Or, raise the stakes and take a seat at a public table, where the buy-ins and rewards are even higher. All poker tables seat up to 6 players, available in 5 locations: Blackwater, Saint Denis, Tumbleweed, Valentine and Flatneck Station. 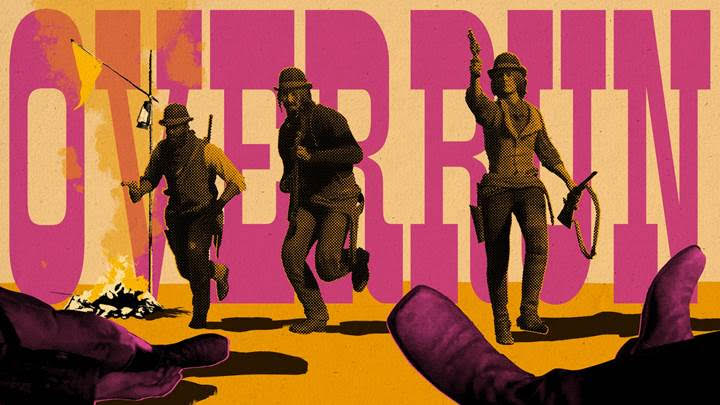 Mark your territory and lay claim to as much land as you can, working your way behind enemy lines to capture territory from your opponents while defending what’s yours. Whoever holds the most land at the end of this new Showdown Mode wins.

Boasting a 9-round revolving chamber and a secondary barrel for a single buckshot round, switch between rapid-fire bullets and a devastating shotgun shell on the fly with the LeMat Revolver – now available for purchase from the Wheeler, Rawson and Co. Catalogue.

More clothing items and emotes are also available, featuring some highly-requested clothing options including Ponchos, patterned Bandanas and more – as well as new emotes such as Throat Slit and Flip Off. New inventory will be coming and going often so check the Catalogue frequently to see what’s in stock week-to-week.

In addition, all players who jump into Red Dead Online this week will get a gift of 15 Gold Bars and see a 25% increase of XP on A Land of Opportunities, Free Roam Missions, Showdown Modes, Races and Free Roam Events. Treasure hunters will also find 25% extra Cash and Gold in chests containing them. All Ultimate Edition owners will also get a gift of RDO$100 and the Throat Slit emote for free.

The Offensive playing style is set as the default and is how most players traditionally interact in Free Roam – free to engage in hostile contact with other players if you are prepared to accept the potential consequences.

The Defensive play style is for those players who would rather explore the world in Free Roam than engage in conflict with others – and it’s designed to let other players know that you don’t want to tangle with them, as well as minimize opportunities for griefing. At the same time, Defensive players will not be alerted to PvP Free Roam missions and can not be pulled into them while in Defensive mode, allowing them to go about their business as freely as possible.

Today’s updates also build on the player radar and visibility improvements introduced in February to create a smarter and more responsive approach to mitigating griefing behavior. The Hostility System tracks aggressive behavior across both Playing Styles, making hostile players visible to others and helping to balance the needs of players who want to get away from others who habitually attack or kill during unstructured Free Roam gameplay.

As before, player blips change color – beginning dark blue and transitioning to red as their hostile play persists. A bright red blip indicates an enemy. With today’s update, players will never receive Hostility or Bounty increases for defending themselves against a player who is blipped as an enemy, or for killing high Hostility players. If a player attacks another player, they will not be marked as an enemy to everyone – but rather to the attacked player only, who will not receive a penalty for firing back.

In order to improve the overall gameplay experience, we have made some significant changes to Red Dead Online:

Removed Auto-Aim Headshot Tracking (Enemy Players Only): This subtle but important change affects the way players can earn headshots against rival players. While auto-aim still tracks to the center mass of an enemy player, you will no longer be able to simply flick up on the Right Stick to gain a headshot. This makes earning headshots slightly more challenging, which in turn makes competitive gameplay such as Showdown series more rewarding and balanced.

Faster Weapon Swaps/Instant Projectile Lighting: We have increased the speed of weapon swaps across the board, including instant projectile lighting to make throwing fire bottles and dynamite faster.

New Control Scheme – “FPS2”: In response to community feedback we’ve added a new control scheme FPS2 (+variants). This follows our ‘FPS’ layout but moves sprint to [R1] and crouch to [X]. (This option is available in both Red Dead Redemption 2 and Red Dead Online).

New Awards: Several new awards in Free Roam have been added including awards associated with the latest gameplay.

Global Signal Timers: Players tackling Free Roam Missions will have a bit more flexibility to operate with an increased global signal timer and a reduced range at which players are signaled.

Press Charges: When a lower Hostility player is killed without retaliating they will have an option to “Press Charges” during the respawn period, which will enforce an increase on their attacker’s Hostility and Bounty value. Press Charges is not available if you are a high Hostility player or marked as an enemy to the player who killed you.

Horse Specialty Selection: You can now use the Player Menu to preset which of your owned horses you would like to use in Free Roam, Races, Showdown Modes and on missions.

Increased Gold Payouts: We have adjusted the economy to increase Gold payouts across the board, with most Gold-earning activities now awarding up to double the previous amount. Starting today for a limited time, players will also receive 1 Gold Bar per rank they progress.

In the weeks ahead, more additions to Red Dead Online include new Free Roam characters, as well as new Showdown modes and lots more. This includes new Free Roam Missions and Clothing for both PS4 and Xbox One next week on May 21st, along with new PS4 Early Access content (keep an eye on the PlayStation Blog for more details soon).

Then on May 28th, look for the new Head for the Hills Showdown Mode, the Wild Animal Kills Competitive Free Roam Challenge and more. Followed by the Public Enemy Showdown Mode and Railroad Baron Free Roam Event, where players capture cars on a moving train, on June 4th. June 11th’s update includes the Sport of Kings Showdown Mode, plus new limited-time and permanent clothing additions to the Wheeler, Rawson and Co. Catalogue.

Staring this summer, players of Red Dead Online will be able to take on the first three of a series of new roles: bounty hunter, collector, and as a trader. Each role will come with their own twist on gameplay, and will bring in new outfits, weapons and rewards. Players will be able to focus on a specific role to advance it faster, and unlock that role’s unique skills and attributes, or they can opt to try all of ’em out to create your own unique character.