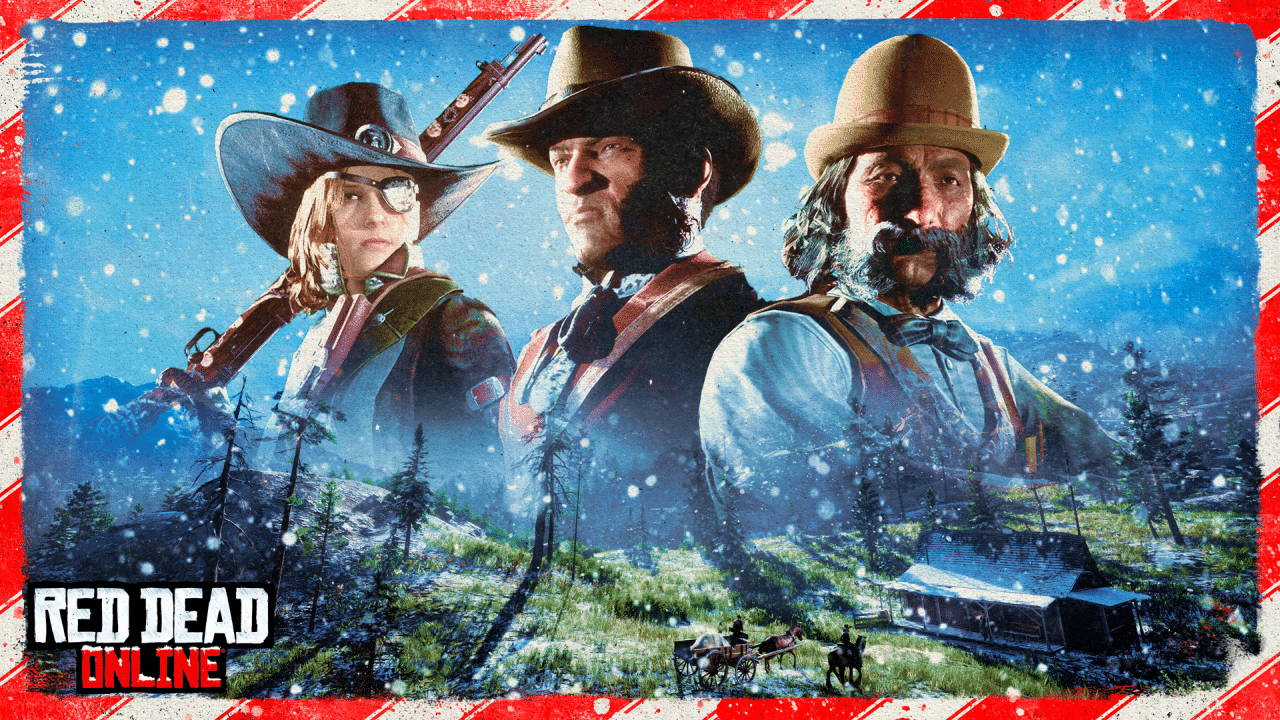 Rockstar Games has rolled out the Red Dead Online weekly update December 7 reset of activities and discounts! Same as before, for the recap, head on below for the list of new activities, discounts and more.

Snowfall is in the forecast across the frontier next week as Red Dead Online’s limited-time, four-week festive event arrives just in time for the holidays.

Christmas-themed locomotives will be pulling into new, seasonal Call to Arms locations, while players can catch decorations, caroling, music and more from Campsites to Saint Denis, as the five states celebrate the Christmas spirit.

Those looking to join the ranks of the head-hunters can take 5 Gold Bars off both Bounty Hunter Licenses, as well as half off all Bolas (including Hawkmoth, Brookstone, and Gravesend variants), 30% off the Bounty Hunter Wagon, and 40% off all Novice, Promising and Established Bounty Hunter Role Items.

See below for the complete list of discounts available from vendors across the frontier, as well as the Wheeler, Rawson and Co. Catalogue for the next four weeks.

That’s it for this week. Tune in next week for the next Red Dead Online update.