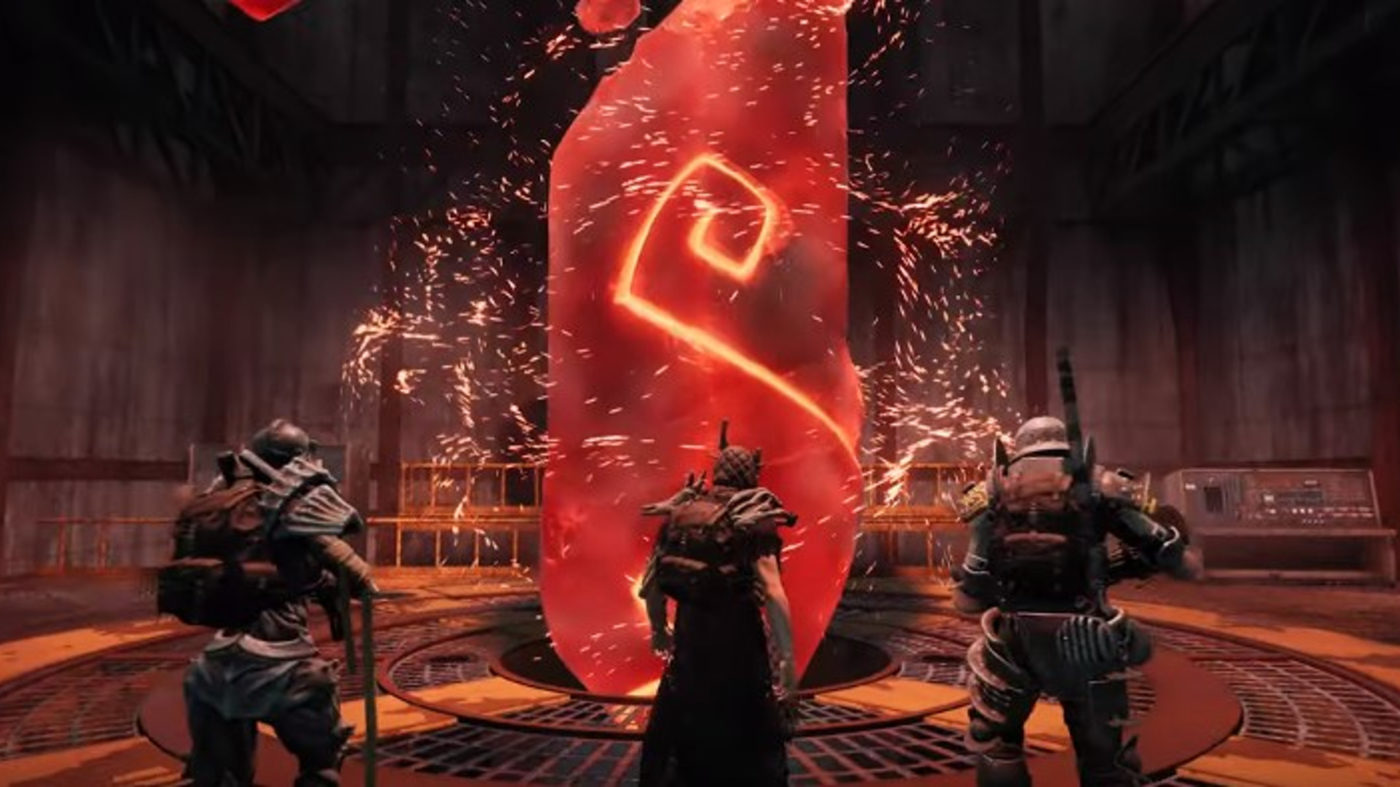 DEVELOPER COMMENT: To give players a new way to play, we added a Hardcore (permadeath) option. This requires the creation of a new character and allows you to play the game on Story or Adventure Mode on any difficulty with the caveat of permadeath (die once, GG!). In multiplayer, the team does not die until everyone is knocked down. This means that even if only one person is alive, they can revive the entire team at a World Stone. We also added a few rewards for beating biomes (and the game) on Hardcore. GOOD LUCK!

Additionally, we created a new Communications system. This is the initial implementation and will only get better over time. The goal is to allow players to more-easily communicate with each-other when the tried-and-true “crouch a lot” method just won’t do. You can now request either Ammo Type, point in a direction, request help, request a return to a World Stone, Request Rest at Stone or Return to Town, and play emotes! Don’t forget to play the game to unlock more emotes!!!

We look forward to player feedback so we can continue to make this feature even better.

DEVELOPER COMMENT: One of the most-requested features was “Hide Helmet”… so now you can! We also added the ability to disable tutorial prompts which is extremely helpful when making new characters or playing the new Hardcore Mode. In addition, you can completely skip the tutorial sequence.

Additionally, to best support the new communications wheel, we adjusted how Scoping works. This allows players on console to have a dedicated ping button which can be used while aiming. We found it to be a fair trade-off. Players on PC can re-bind the original scope functionality on a button should they so desire.

DEVELOPER COMMENT: We’ve decided to revert this change until we have a better solution for players using weapons intended for long range at closer ranges.

DEVELOPER COMMENT: We feel that most of the armors are in a good spot for different playstyles but we wanted to ensure that the focus of each primary damage-related armor is enhanced. While the effectiveness of Radiant has served as our baseline (and remains so) we’ve made a few tweaks to Elder, Osseous, and Void to give them a stronger unique identity.

DEVELOPER COMMENT: As promised, we’ve increased the overall effectiveness of the summoning playstyle. In addition to significant buff to Elder armor (from 20% to 35% max damage), we’ve also increased the base damage of 3 of the 4 core summons. We also removed the soft-collision on Tentacle Shot which allows enemies to get closer to them and take more hits overall.

DEVELOPER COMMENT: Since our Trait system allows players to have all of the bonuses at end-game with no tradeoffs/choices, we are gradually reducing the massive gains from Traits and shifting more of the benefits towards items. The goal is to bring back more choice in your loadouts and allow Traits to be smaller boosts.

Don’t forget to check out the roadmap planned for 2019-2020 as well to know what’s coming next year.

Greedfall Update 1.04 Now Live, Here Are the Changes in It