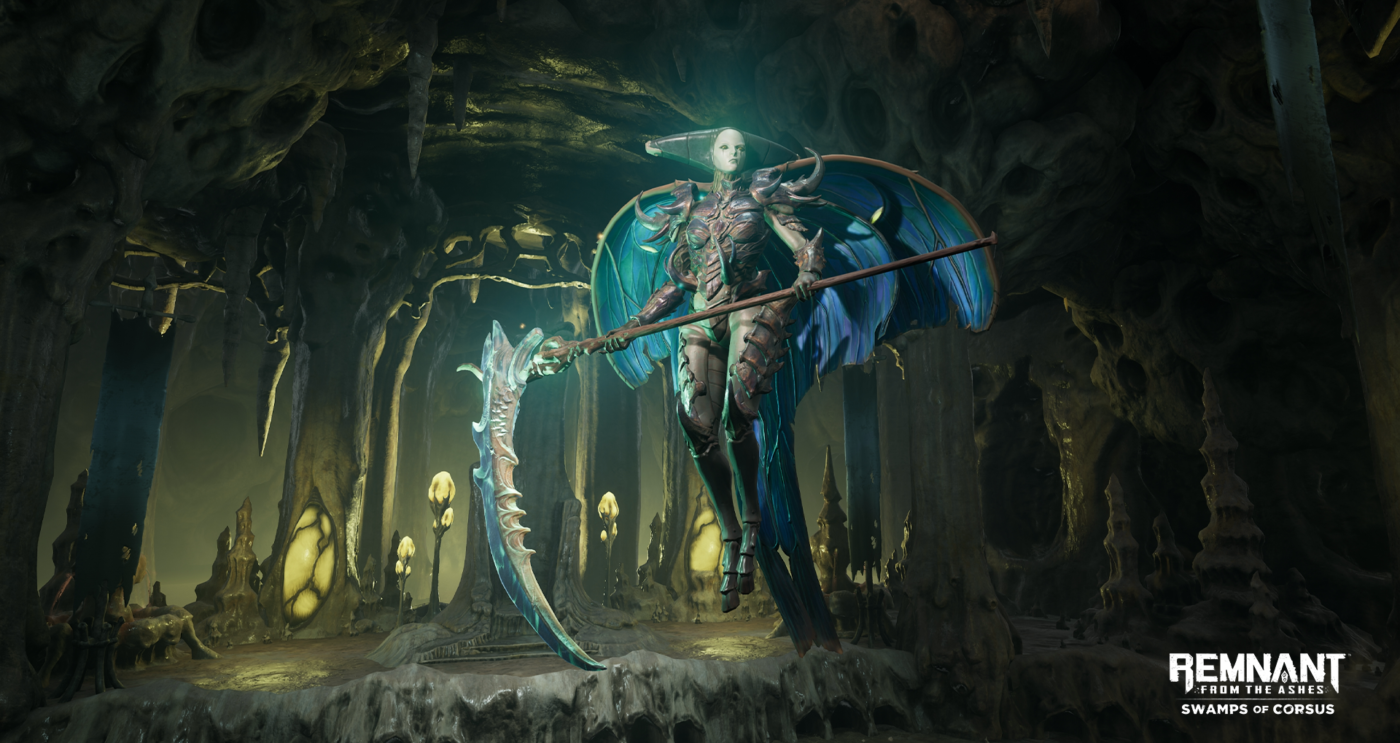 2019 sleeper hit Remnant: From the Ashes is getting new DLC! This was announced today by Gunfire Games, where it also mentioned that the Remnant From the Ashes DLC will be called “Swamps of Corsus.” and will retail for $9.99.

Set to drop on April 28 on PC, with Xbox One and PS4 to follow at a later date, you can check out the trailer below.

Aside from new locales, the DLC will bring in new side dungeons, armor skins, gear, Survival Mode and more.

About Remnant: From the Ashes – Swamps of Corsus

Players will fight for their lives in an upgraded Swamps of Corsus and experience a new rogue-like game mode with Survival Mode. In the new mode, players will start their journey with just a pistol and some scrap. Those brave enough to take on this intense permadeath challenge will travel randomly through corrupted World Stones to different biomes seeking epic new rewards, all the while fighting to survive against insanely difficult bosses and enemies. Players that delve into the expanded Swamps of Corsus biome will find new story content, such as quests and events, a vast arsenal of powerful gear to collect – including weapons, armor, mods, and traits – along with plenty of tough enemies to take down.