With today’s Battlefield 2042 reveal, a ton of info has surfaced like the maps and modes, the game’s pre-order bonuses and more! One thing that might have escaped the eyes of players though? It looks like a Battlefield 2042 level editor (read: map editor) is in the cards, too!

Over on the game’s official Steam page, one of the features it has includes a “level editor” that for some reason, got mysteriously removed! Thankfully, a screenshot was obtained. 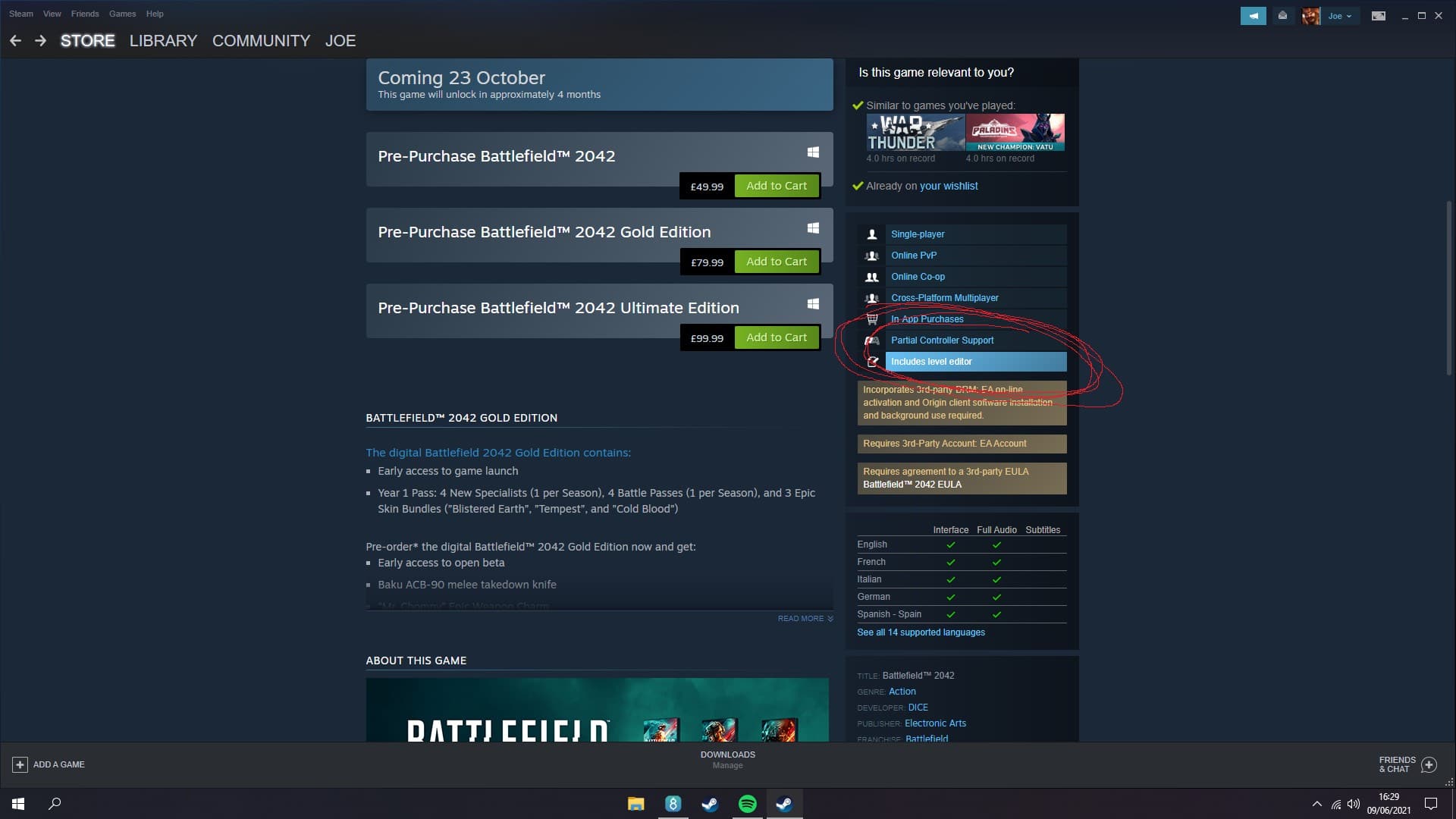 We’re uncertain why the mention of a level editor was pulled out, perhaps it’s for a later reveal? It’s not known yet whether this is just for the PC version of the game, or will be available for consoles too.

Given the game is launching with just seven maps, the inclusion of a map editor is huge, as the community will for sure create their own levels that will drive up the player count (even if it’s an unofficial one). The last Battlefield game to feature a map editor was Battlefield 2 for the PC, with the feature slowly phased out with the popularity of Season Passes, map packs and the like.

Here’s to hoping we’ll get to see some amazing maps from the community!