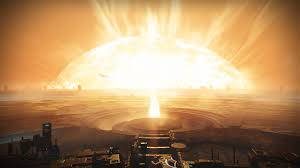 While the Destiny 2 community has a lot to say regarding the game, it seems there’s a very good reason why Destiny 2 turned out the way it did. Over on the DestinyTracker podcast, Kotaku’s Jason Schreier mentioned that there was a big reboot of the Destiny 2 development in early 2016 — yes, just a year before its launch.

Check out the video below to hear Schreier talk about it.

Reddit user THConer transcribed what Schreier said, which you can read below.

I think that it (Destiny 2) was made in a relatively short period of time. There was a big reboot of Destiny 2 at some point of early 2016. There had been a previous director who was directing the game before Luke Smith (who’s the current director) took over. So that guy was kind of put aside and Luke Smith took over. I believe that was in April of 2016 but I might be misremembering. Don’t hold me to that exact line. So if you think about it that way then they didn’t really have a ton of time. It had been a 16 months period between the reboot and when the game finally shipped.

In addition to that, Schreier also talked about the existence of everyone’s favorite microtransaction shop, Eververse. The tl;dr version? Bungie can’t continue pumping DLC drops every few months, and this fitted the bill perfectly (drip feed of content + money).

What Bungie decided was we can’t do this any more this is too hard for us to do (referring to releasing a DLC every few months) the tools that we’re working with are really hard to deal with. it’s hard for us to make this much content. it’s just hard to make content in general. And they said we’re going to do a smaller or drip feed of smaller stuff and we’re going to put up the Eververse and make money that way, and Activision said okay. it was a part of their renegotiated deal and they got to a point where they didn’t have to be cranking up so much content.

Important to note: the things mentioned here are not new, since Schreier himself did a report about it way back in September 27, 2016! You can — and should — read more about the entire thing right here.

What’s your take on this? If true, are you surprised or not at all? Share your thoughts in the comments below.

In other Destiny 2 news, players have unearthed a hidden Glimmer cap in the game! The alleged second expansion for Destiny 2 has also been leaked.