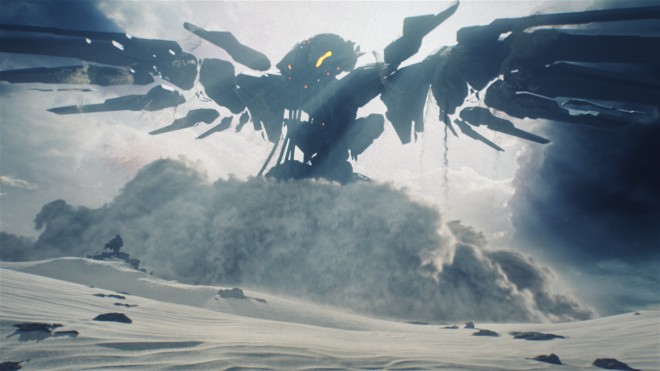 According to recent reports, Master Chief’s journey may not continue as a sequel this year, after all. More likely is his return as the protagonist of the classic, fan-favorite Xbox title, Halo 2.

According to a soon-to-be published interview between GameZone and Master Chief voice actor Steve Downes, Halo fans anxious to continue the fight in “Halo 5”, might have to wait until 2015, but will instead get a chance to re-live memories of Halo 2 this year.

“I think you may be ahead of yourself on Halo 5,” Downes said. “I wouldn’t expect anything until 2015. What you can look forward to this year is an anniversary edition of Halo 2.”

Rumors of a Halo 2 Anniversary edition were recently in the headlines, with the most recent hint coming from Microsoft studio head Phil Spencer.

What’s most interesting to us, however, is how this may clear up publisher Microsoft and developer 343 Industries’ ambiguity surrounding the next Halo’s official title. When Senior PR Manager, Rob Semsey, said “rest assured, your next Halo journey WILL begin in 2014” earlier last month, was he talking about Halo 5, or a Halo 2 re-make on the Xbox One?


Even more alluring was what Phil Spencer told IGN shortly after the E3’s exciting Halo teaser:

For me, what we showed wasn’t the game.

“There was no ambiguity in not putting a number after the game. For me, what we showed wasn’t the game. Nobody should be confused on that. I didn’t really want to try to show something that was clearly a thought piece by the studio around where Master Chief is in his journey, and then drop the name after it and be somewhat disingenuous about that being the game.”

Though Steve Downes may have jumped the gun on any announcement Microsoft was hoping to make, we’ll keep our eyes open for official word Master Chief’s next journey. To us, it seems rather likely that both studios – Microsoft and 343 Industries – were never quite talking about Halo 5 all this time, but a Halo 2 Anniversary instead. Still, we’re throwing this on in the rumor bin for now.

Keep your sights on MP1st for more Halo news!