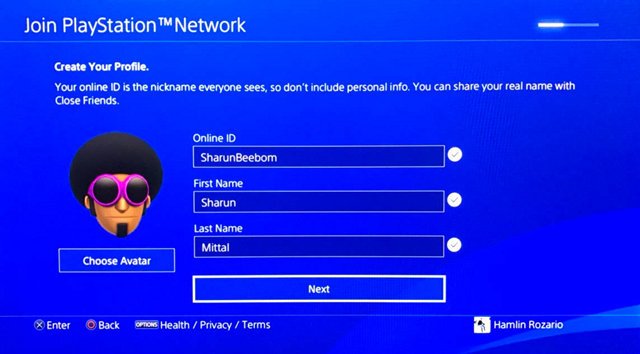 Quite possibly one of the most requested feature for Sony’s PlayStation Network service has been the ability to change PSN IDs. While Sony Interactive Entertainment President Shawn Layden heavily hinted at it during last year’s PlayStation Experience event, nothing concrete has been announced so far.

Well, it seems Sony is really serious about implementing a PSN change name feature! Apparently, Sony is sending out surveys to random PlayStation users asking for their interest in a PSN name change feature. 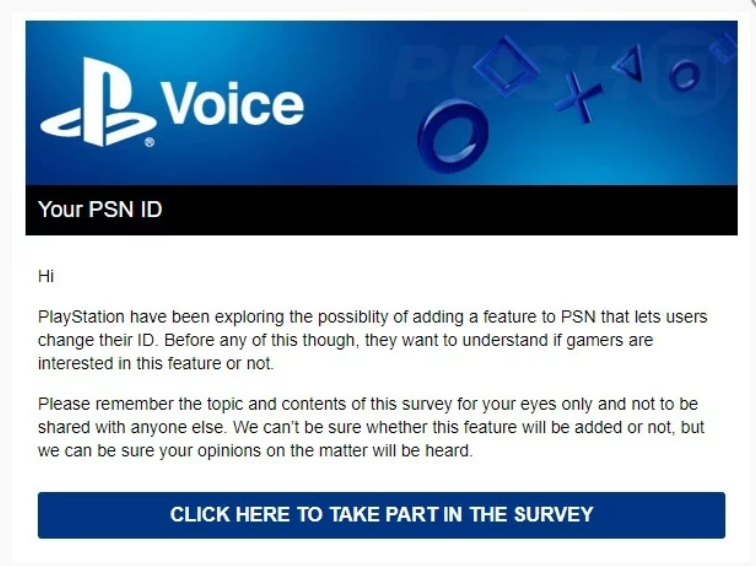 Of note, the survey purportedly mentions how PSN name changes will work, stating that users will be able to change their usernames multiple times for free, with the caveat that it can only be done once every six months, and that if you want to change your PSN ID to a previous name you used, you’d have to contact customer service.

Bear in mind, there is a chance the survey could be fake, but assuming it isn’t, letting gamers change their names repeatedly without any sort of fee might be good for fans, but is also open for it to be abused.

If you managed to get a survey, let us know!