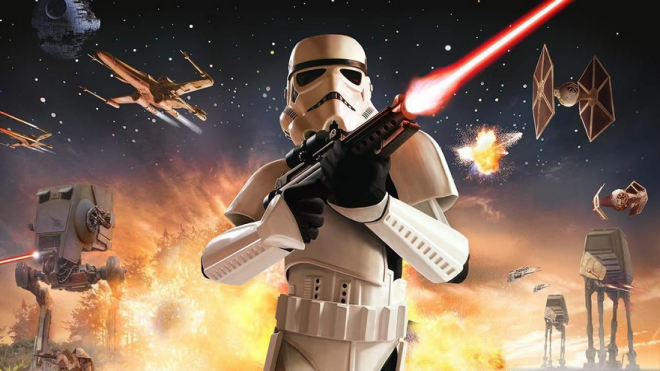 A former, anonymous Lucas Art employee has shed some more light on the matter as to why exactly Star Wars: Battlefront 3 had been cancelled.

“This 99 percent complete stuff is just bullsh*t,” this former LucasArts employee told Gamespot in reply to the statement of the game being 99% done before being cancelled. “A generous estimate would be 75 percent of a mediocre game.”

“I was at LucasArts during this time, working on Battlefront III, and remember it well. Everybody from producers to marketing was 100 percent invested in making the relationship work,” the source said. “We were desperate for a next-gen followup to Battlefront (the claim that the project was sabotaged for financial reasons is ludicrous. The [Battlefront] franchise was a huge money maker at the time). When Free Radical continually missed dates and deliveries, [former LucasArts presidents Jim Ward and Darrell Rodriguez] made many ‘good will’ whole or partial milestone payments to keep the project going.”

The source told Gamespot the three reasons why the project failed:

Free Radical’s sci-fi shooter Haze was late by more than a year, and this took resources away from the first half of Battlefront III’s development.

The second reason was that Free Radical underestimated deadlines and failed to create a compelling title, which lead to the third and final reason. They had failed to meet the new assigned dates, which ended up killing the teams confidence and being their downfall, according to the source.

To summarize the development of Battlefront 3: During the development time frame of 2007, the game simply did not work well with the Xbox 360. The only mode available was free-for-all, and maps generally “tested poorly,” the source said to Gamespot. To make matters worse was that the team had also been developing HAZE. The source had suspected that funding from BF3 had went to completion of that title.

“At this point, I felt that Free Radical was akin to a Ponzi scheme where time and budget from the next game was being used to finish the previous, late, title,”

With HAZE nearly a year late, the milestone for BF3, which was pushed back to April of 2009 had not been met. This lead to another set date later that fall, which to was also not met. Key developers began leaving. This ultimately lead to the cancellation of the title.

In response to these claims, Steve Ellis, Free Radical Co-founder has issued a lengthly post to Gamespot.

“I want to set the record straight because a lot of people worked very hard on BFIII (and BFIV) and they don’t deserve their efforts to be distorted in this way.”

“From the personal tone of the comments it is clear that the source is someone whom I personally dealt with. It’s unfortunate that they are making this kind of criticism while choosing to remain anonymous.”

“What annoys me about the article is that I personally am accused of a whitewash, which is nonsense. While I don’t know everything that my ex-colleagues and staff might have said on the subject, personally I have tried to explain what happened as completely and accurately as possible. I have nothing to gain from a whitewash. I’ve gone on record saying that we had had difficult times at Free Radical Design. I’ve admitted that the transition to the latest generation of consoles was more difficult than we anticipated, that we may have made some poor tech choices, and that growing the company to the necessary size for ‘next-gen’ development wasn’t easy. I’ve said that these things had an impact on the development of Haze and that for this reason – and a number of other reasons – Haze didn’t reach the level of quality that we always aimed for at FRD. None of this is new information, so it’s a little strange to see it presented as ‘here’s what these guys aren’t telling you, and since I’m telling you this you’ll also believe me when I tell you all of this other stuff.'”

“The allegation that we used the LucasArts money to fund the completion of Haze is false. Aside from anything else, we didn’t need to. When Haze slipped, Ubisoft supported us by increasing the dev budget to cover the extra time. The ironic thing about this allegation though, is that just about every publisher we worked with would simultaneously worry that we might spend their money elsewhere, but they would invariably ask us to move resources from another project onto theirs. Our answer was always the same: ‘If we do that for you now, how do you know we won’t do it for someone else later?.’ They never liked it, but it seemed like the only way to treat everyone fairly.”

“The suggestion that we kept our difficulties to ourselves is also false. We may have been guilty of this in our earlier publisher relationships, believing that we could quietly deal with our problems by ourselves and not have to risk instigating a situation where the publishers response added further risk to the project or our company. However, with LucasArts this was absolutely not the case; it was the best publisher relationship we had ever had, so when it became clear that the design changes that we had mutually agreed to make meant that there was a risk to the end date, the first thing we did was to bring it to the attention of LucasArts senior management, almost a full year before the scheduled release. There was a lot of discussion and it was agreed to push back the release date. There were no secrets.”

“I don’t know who he might be referring to when he says that ‘key staff’ left in September 2008. During that month we lost a couple of mid-level programmers, a couple of artists, and a member of our admin staff.”

“I don’t know what problems he’s referring to in August or December 2007. In December 2007 they signed us to develop the sequel concurrently, asking us to grow our company further to do so. I’d say that that was a pretty strong vote of confidence in us, not the actions of a company that was concerned about our abilities to deliver on such an important project.”

“It was 75% of a mediocre game.’ Again, false. Until very recently there was a gameplay video on YouTube that showed exactly where the game was. It was leaked by people who were very proud of the game that they had spent over 2 years developing and wanted the world to at least have an opportunity to see it before it was consigned to history. Unfortunately, four years on, LucasArts have chosen to have the video removed. Objectively though, the game was ‘content complete’ and we were fixing bugs. At that stage in development, the way that completion is measured is by looking at the number of open bugs in the database. These are tracked and people spend a lot of time analyzing the fix rate and the rate of discovering new bugs and projecting a completion date when the game will be ready for release. At the time that the development on BFIII was stopped, the figures showed that we would close our ‘must-fix’ bugs with 3-4 weeks. So yes, maybe on reflection 99 percent was a little of an exaggeration. I probably should have said 97 percent or 98 percent.”

“In 2008, LucasArts was a company with problems. Of course I don’t know the full details of or explanation for what happened internally, but some of the facts are clear: the entire management team who were there when we started working together were replaced in the first half of 2008. They made mass redundancies on their internal teams. They cancelled a number of projects. Then our milestones started being rejected. We were told (and it seemed wholly believable given the aforementioned facts) that they could not afford to continue development of both BFIII and its sequel, so they negotiated the termination of BFIV, then later BFIII. There was no ‘termination for breach.'”

“As the ‘anonymous source’ says, there are two sides to every argument. However, it’s easy to make anonymous allegations and not have to back them up. I stand by everything I’ve said. All I’ve ever tried to do is explain the series of events that led to the failure of Free Radical. We were not perfect. We made mistakes, but third-parties had a hand in our failure. Personally I am very proud of the efforts made by the former staff of Free Radical through 2008. They are an incredibly talented group of people who through no fault of their own found themselves in a no-win situation. I’m happy that most of them have had the opportunity to demonstrate their abilities subsequently on games such as Crysis 2.”

PlanetSide 2 Devs Message To Hackers and Cheaters: “We’ll Hunt You Down”