Over on ResetEra, Admin and reliable industry insider ZhugeEX posted a message from an “agentkicker” claiming that The Last of Us 2 release date is set for February 2020, and that it’ll come with four different editions — Standard Edition, Special Edition, Collector’s Edition, and the Ellie Edition. 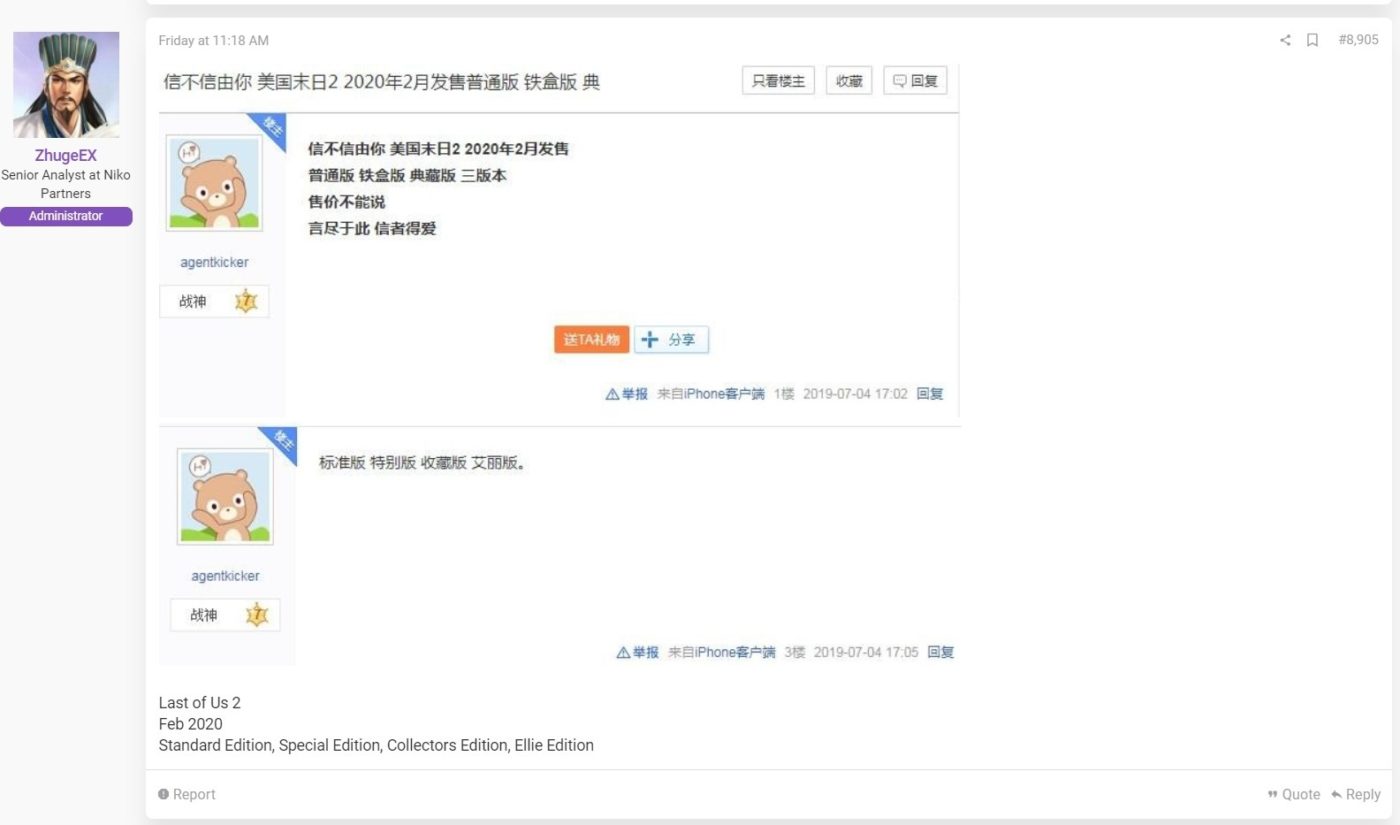 What makes this rumor different from the rest is that this same person who mentions this The Last of Us 2 release date has also correctly leaked the Death Stranding release date a month before it was announced! As for the different editions of the game, it’s to be expected for a title of this magnitude. I assume that the Ellie Edition is the most expensive one of the lot, and will include a figurine or something similar to justify the price.

My take? I can see this being a reality since launching this year is a tad too late. And if Sony’s PS5 plans are to bring the new console out in 2020, then The Last of Us 2 will be the perfect capper to the PS4, which is the same thing that happened with the PS3 and The Last of Us.

Let’s hope Sony confirms this in one of their State of Play video shows soon.

Would you be OK with The Last of Us 2 being out in February or do you think it’ll have a bigger impact if it was released during the holidays?