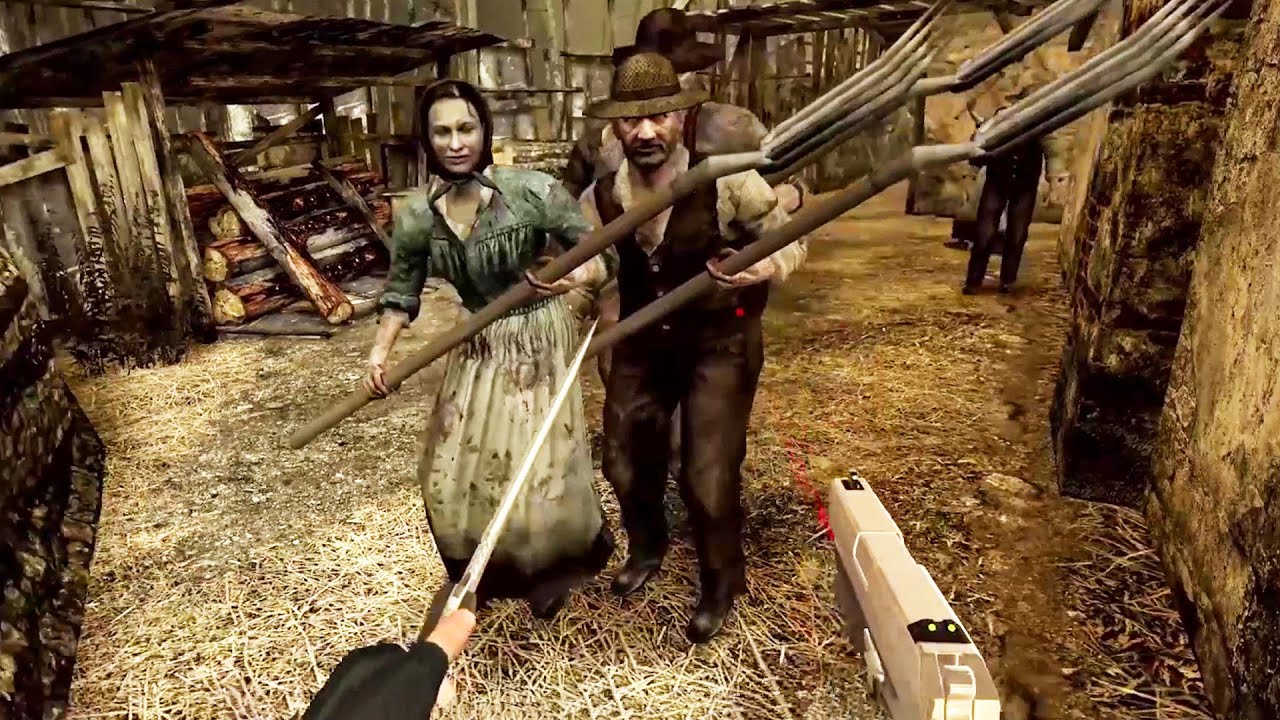 Resident Evil fans may be disappointed to learn that there are changes in the newest version of Resident Evil 4 for the Oculus Quest 2, as Resident Evil 4 VR modifies dialogue, animation, and cuts the Separate Ways, Assignment Ada, and The Mercenaries content for the game, making it less of a complete experience compared to previous releases.

In a statement released by Capcom, the modified lines pertain to segments where there was some suggestive dialogue related to Ashley Graham and spoken by Luis Sera. These were changed and removed, as well as removing the animation that lets Leon look up through Ashley’s skirt and then she reacts by calling him a pervert.

“Oculus Studios, Armature, and Capcom partnered closely to remaster Resident Evil 4 from the ground up for VR. This includes immersive environments and high-resolution graphics. It also includes select changes to in-game dialogue and animations that we believe will update Resident Evil 4 for a modern audience.”

Additionally, the bonus modes and games such as Separate Ways, Assignment Ada, and The Mercenaries have been cut from this release of RE4. The first two modes allow players to play as Ada Wong, with Separate Wats serving as a supplement to the main story and sees what happens in Ada’s perspective. The Mercenaries is an arcade style mini-game that lets you choose between five characters and surviving different areas by racking up kills and points to get the highest score possible.

As we reported before, Resident Evil 4 VR is set to be released for the Oculus Quest 2 on October 21. Check out the announcement trailer here if you missed it.

PlanetSide 2 Update 2.36 Blasts Out for Hotfixes This Oct. 20

Battlefield 2042 Community Art Week Kicks Off With Prizes & Giveaways, Here’s How to Enter