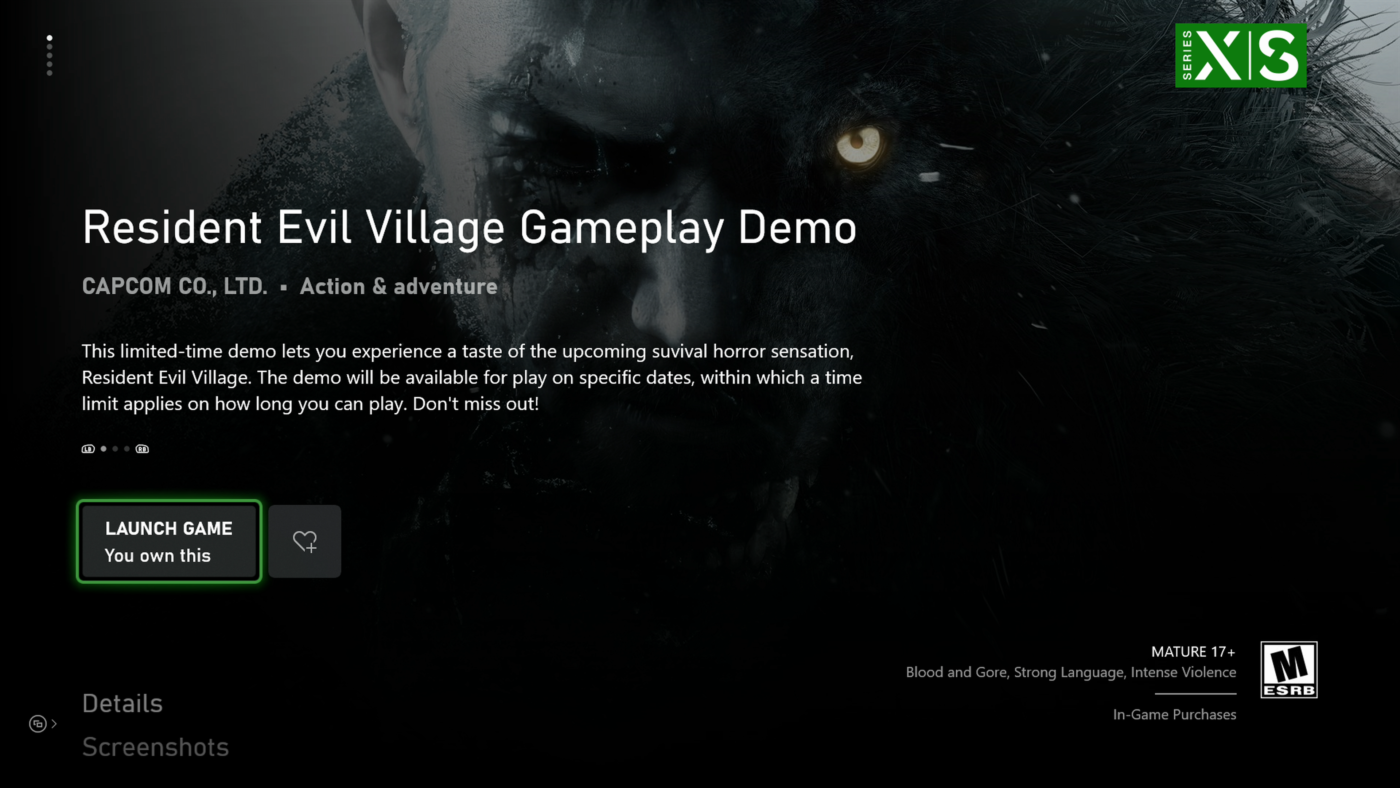 After two weeks of being available to download on the PS4 and PS5 for early access, the long awaited Resident Evil Village Demo is now downloadable on PC and Xbox consoles.

Steam: Official Steam page or use steam://install/1541780. Be sure you have Steam installed as the link will open up the software and redirect you to the demo page.

The Resident Evil Village Demo will be available to play for one full week starting Saturday, May 1. It’s important to note that while the demo is available for the week of release, you actually only have a total of 60 minutes to play the demo as it is on a timed restriction. During those 60 minutes you will be able to play through two early game sections, one being set in the village itself, while the other in castle Dimitrescu. The demo features a variety of different gameplay mechanics for players to play around with. Both sections are beatable, though it is possible to run out of time before that.

If you are interested in our thoughts on the demo, please be sure to read our Resident Evil Village demo impression!

Battlefield Mobile Will Have a Soft Launch This Year