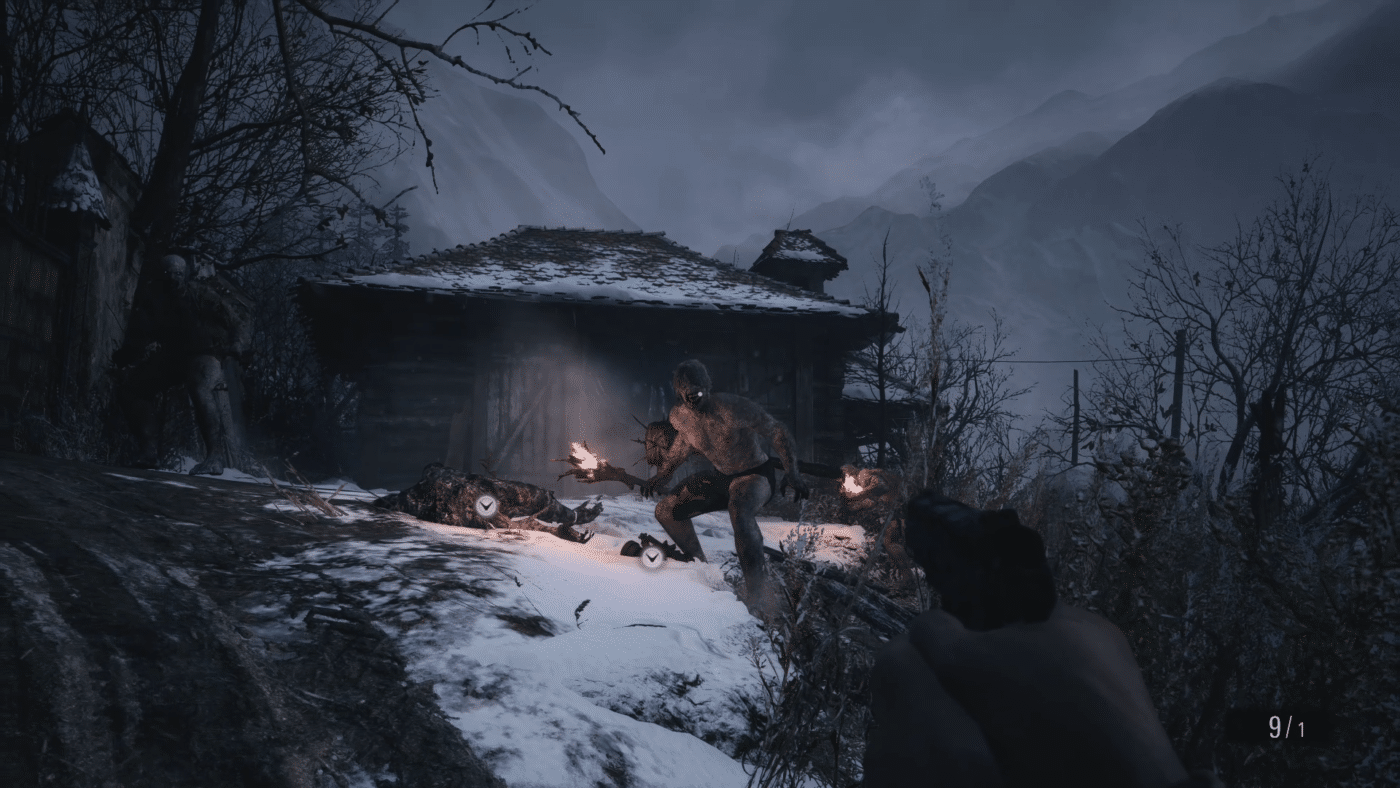 Following Capcom’s earlier “demo” for Resident Evil Village titled “Maiden,” which was more of an audio and visual showcase more than anything, the company has now released a full-fledged demo for the upcoming horror game, though one that limits the player in terms of total playtime. Based on the first 30 minutes, is Resident Evil Village something you’ll want to visit again once the demo becomes available for an hour (full demo schedule can be seen here), or is this experience left us yearning for the franchise to return to its third-person formula — something Resident Evil 2 Remake so excellently executed? Read on for our full impressions of the game’s first vertical slice.

Kicking the demo off, you play as previous RE7 protagonist, Ethan Winters, who has set off to find his abducted daughter. His journey eventually takes him to a small Romanian village, which seemingly is centuries behind modern civilization.

Entering a small gated portion of the village, you are greeted by the very same old creepy lady from the trailers. She warns that since the arrival of Rosemary (Ethan’s daughter) the village has been plagued in darkness, with creatures now awoken and terrorizing the locals in horrific and gruesome ways. It is here where we start our journey towards the mysterious Castle Dimitrescu, the presumed place where Rosemary is being kept. 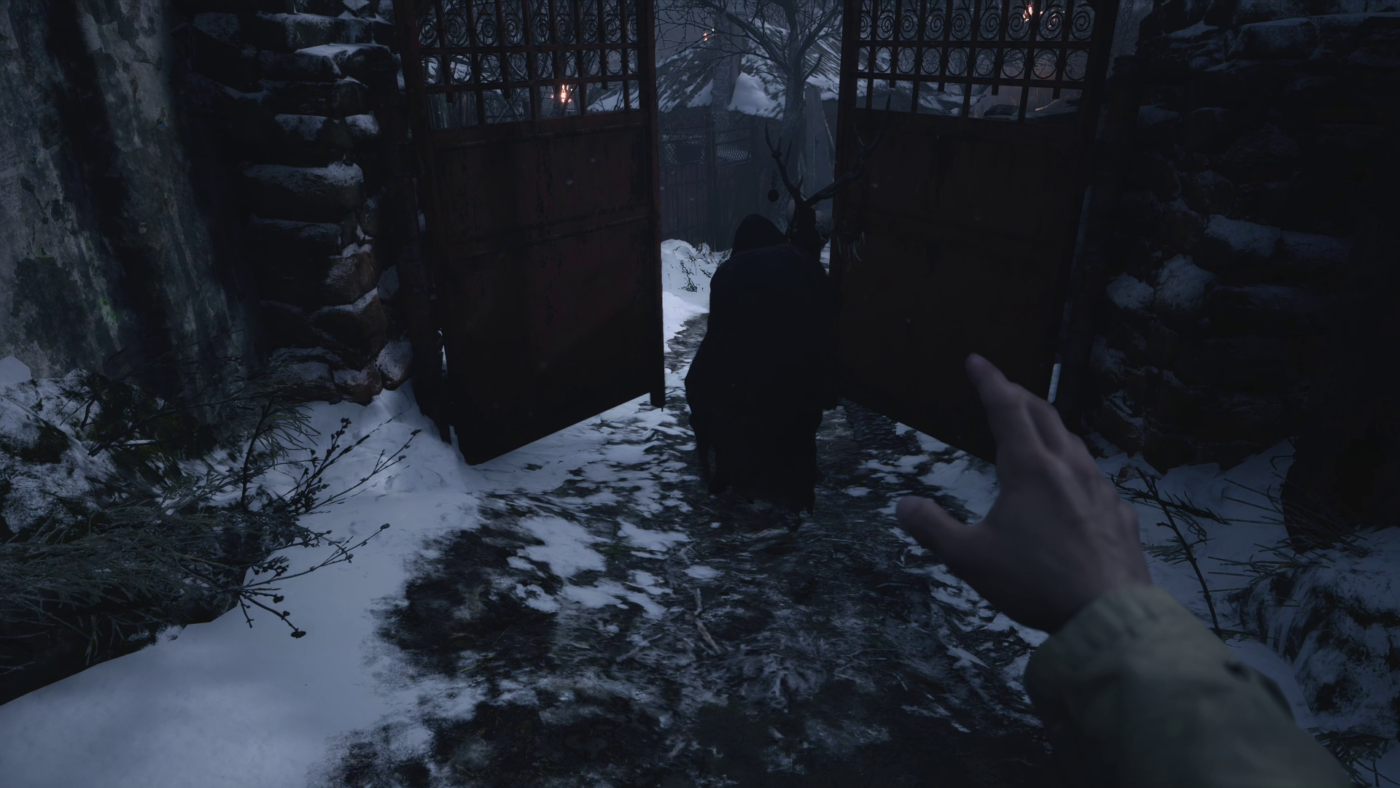 If you go into this demo expecting a ton of plot, then you’ll end up being a bit disappointed. This isn’t to bark on the demo in any way, considering it’s meant to showcase the gameplay. No instead, I would almost lean towards the opposite, despite not having a lot of context, it did an excellent job at engrossing us in it’s world with it’s teased set pieces.

The NPCs (non-playable characters) specifically seem to be playing a far bigger role than in previous games. While yes they’re there just to get killed off at any chance possible, the light interaction in the demo made the world of Village feel quite lively. Seeing that you are a stranger in this closed off community, the NPCs naturally have resentfulness towards you. It shows, even despite helping them out, but it seems all well explained once you start seeing a group of them pray to what almost seems like a cult-like religion.

It’s a rare kind of world building when you think about it, especially in a Resident Evil game where they mainly try to stick you in front and center of it all with zombies and such. It’s unknown how much the final game will play using NPCs, but we are hoping this isn’t the last we see of them in this capacity.

As for the village itself, we absolutely love the brooding, 19th century aesthetics. It sets an atmospheric tone that comes off very serious, and unlike Resident Evil 7 where it was pretty much shades of brown (due to the mold theme), Village has colors that complement  the experience by pushing a narrative tone. It all fits the theme so very well, and feels like a huge call back to Resident Evil 4.

Of course this being a gameplay demo, we should talk about the gameplay itself. Unless you’ve been living under castle Dimitrescu this whole time, the gameplay of Village follows in the steps of Resident Evil 7’s first-person combat. However, rather than just be a direct lift, Village seems to refine the overall gunplay experience, to what feels like an overall improvement.

Controls are snappier, and it doesn’t feel like you’re a 500lbs person trying to walk and move around. I will admit it still had some stiffness to it, but nothing as annoying as I felt within RE7. And seeing that we played with it on the PS5, the game does make awesome use of features like haptic feedback and the adaptive triggers.

Of course it wouldn’t be a Resident Evil game if it didn’t have puzzles, and the Village demo gave us a small glimpse at just that. The demo has you searching for two keystones in order to unlock a door that leads into the castle. While yes, you could go about and just find these without any clues, we decided to take the longer approach and search every nook and cranny we could find within the demo limit. We discovered some helpful clues, such as a map detailing the locations of the keys, along with many hidden mechanics scattered throughout.

Unfortunately, seeing that there was a timer to play the demo we didn’t feel like we experienced everything there was to offer, but clearly there was a lot more to the demo, or at least to the area that’ll most likely play a major role in the final release. 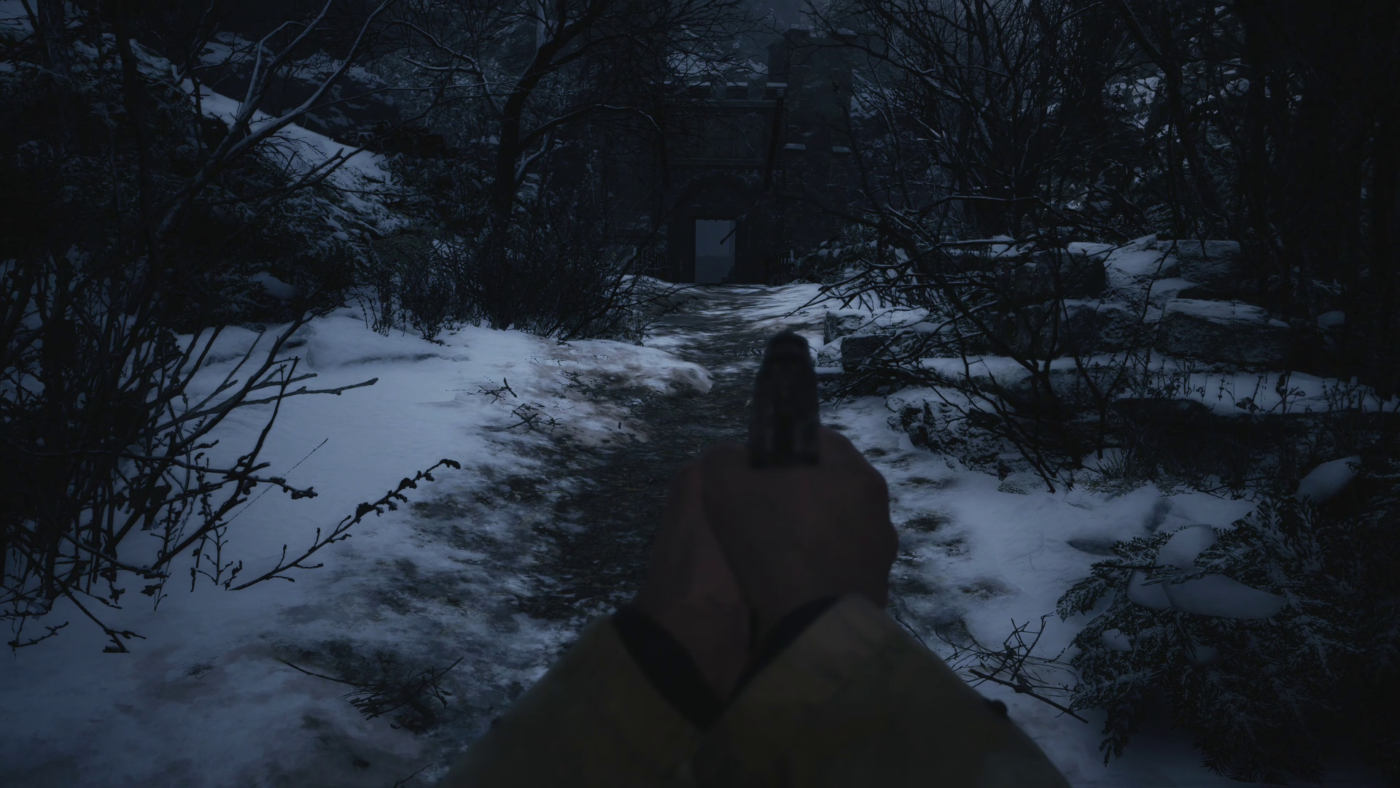 While the gunplay felt a bit stiff, it was definitely a step up from Resident Evil 7’s, which wasn’t bad by any means. We’ll reserve judgement on this for when we’re able to play the demo for an hour, which should give us more time to get used to its feel and mechanics.

Possibly the biggest takeaway from the 30-minute demo from us? The way Capcom is shaping the game’s world and story alongside the player, and its inhabitants. Usually, in past Resident Evil games, we’re placed in the middle of the chaos, but here in Village, we’re experiencing what’s happening alongside the game’s non-playable cast, which adds immersion, and more tension than just being put in the middle of a zombie or monster-infested place, and then things will unfold along the way. It’s a different take on the franchise’s storytelling, and it’s a very intriguing one that could pay off big-time.