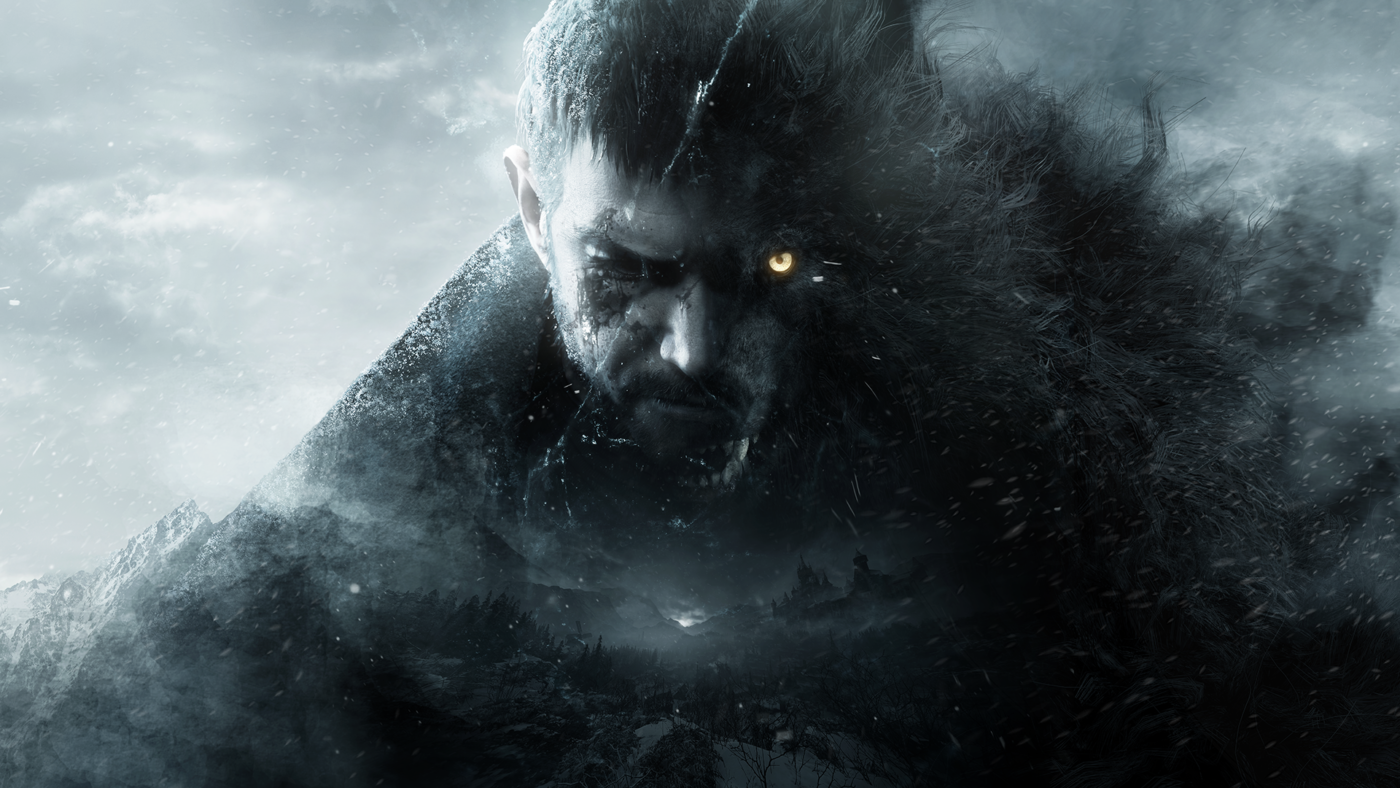 With Capcom holding a Resident Evil showcase today, it looks like some of the major details for it has surfaced already! Remember when we reported that Resident Evil Village gameplay demo was uploaded on the PlayStation Network’s backend? Yep, as expect, that has been announced in today’s stream!

During the showcase, it was revealed that the gameplay demo will be available on three different dates. The first two being what the team is calling “8 hours in Village” where there will be two 30 minutes demo exploring two different parts of the game. These will be exclusive to PlayStation gamers as a early access. The first demo will be dropping on April 17 and is dubbed “Village demo”. 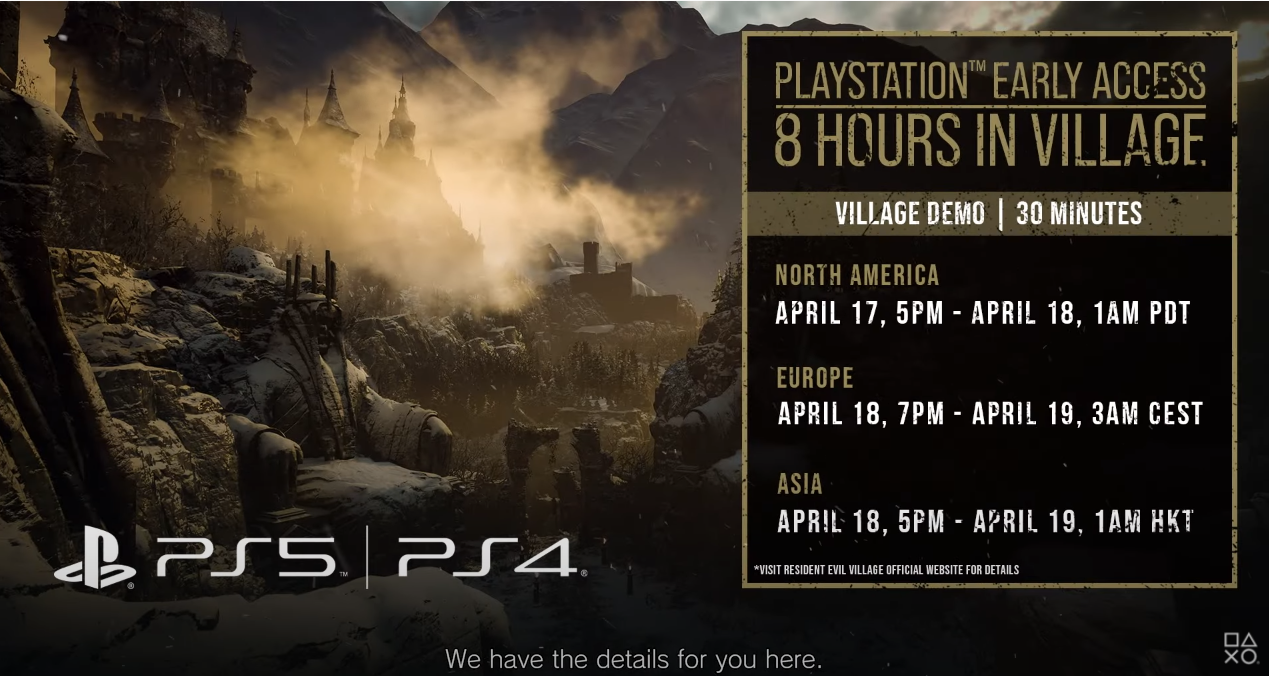 The second demo is called “Castle Demo” and is coming April 24. 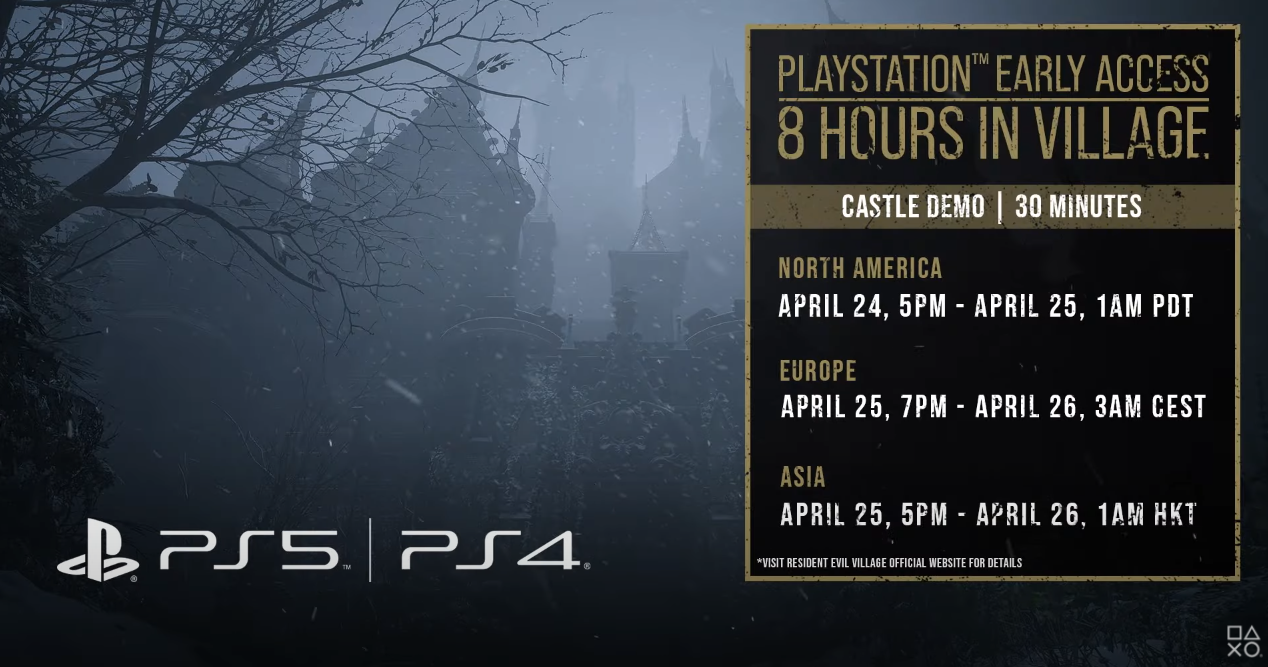 Both demos will feature roughly 30 minutes of playtime and will be available on each day for only 8 hours. The third demo, which is a time limited one of 60 minutes is releasing on May 1 on all (disregard image as PlayStation has marketing rights) platforms. 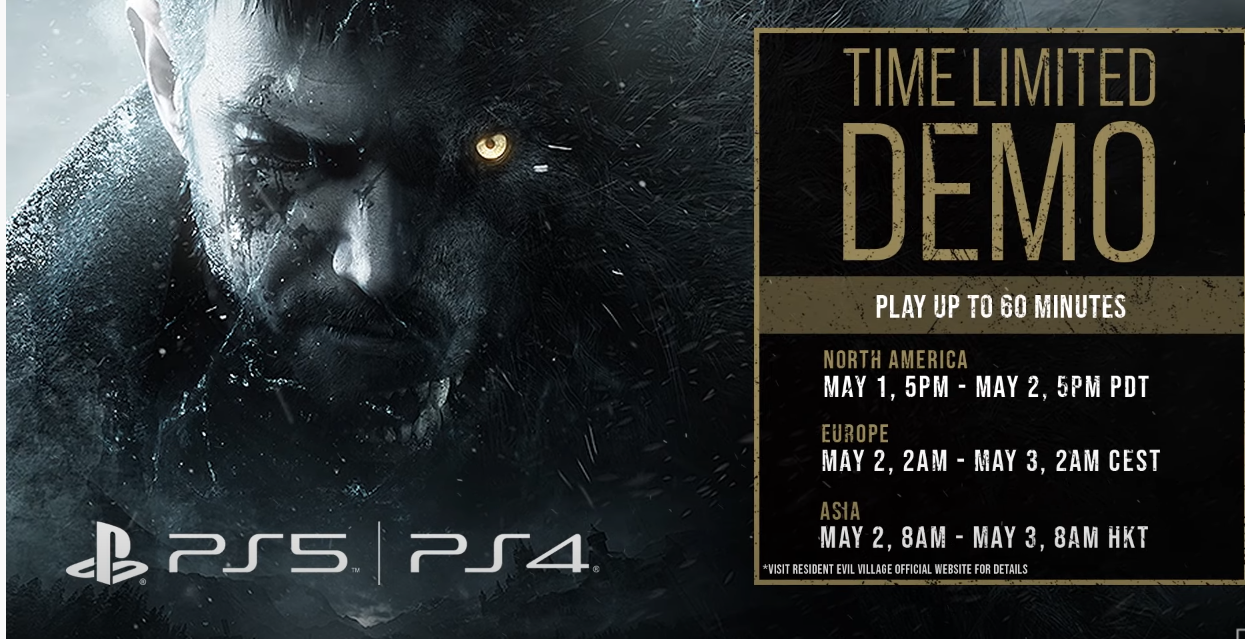 This demo will be available for a full 24 hours for all (PlayStation, PC, and Xbox) platforms. As a little bit of a surprise, PlayStation gamers will also be able to preload the demo starting today.

Not a bad way to get a taste of the game, no? And knowing how ingenious some people are, I suspect we should see more than what Capcom intended