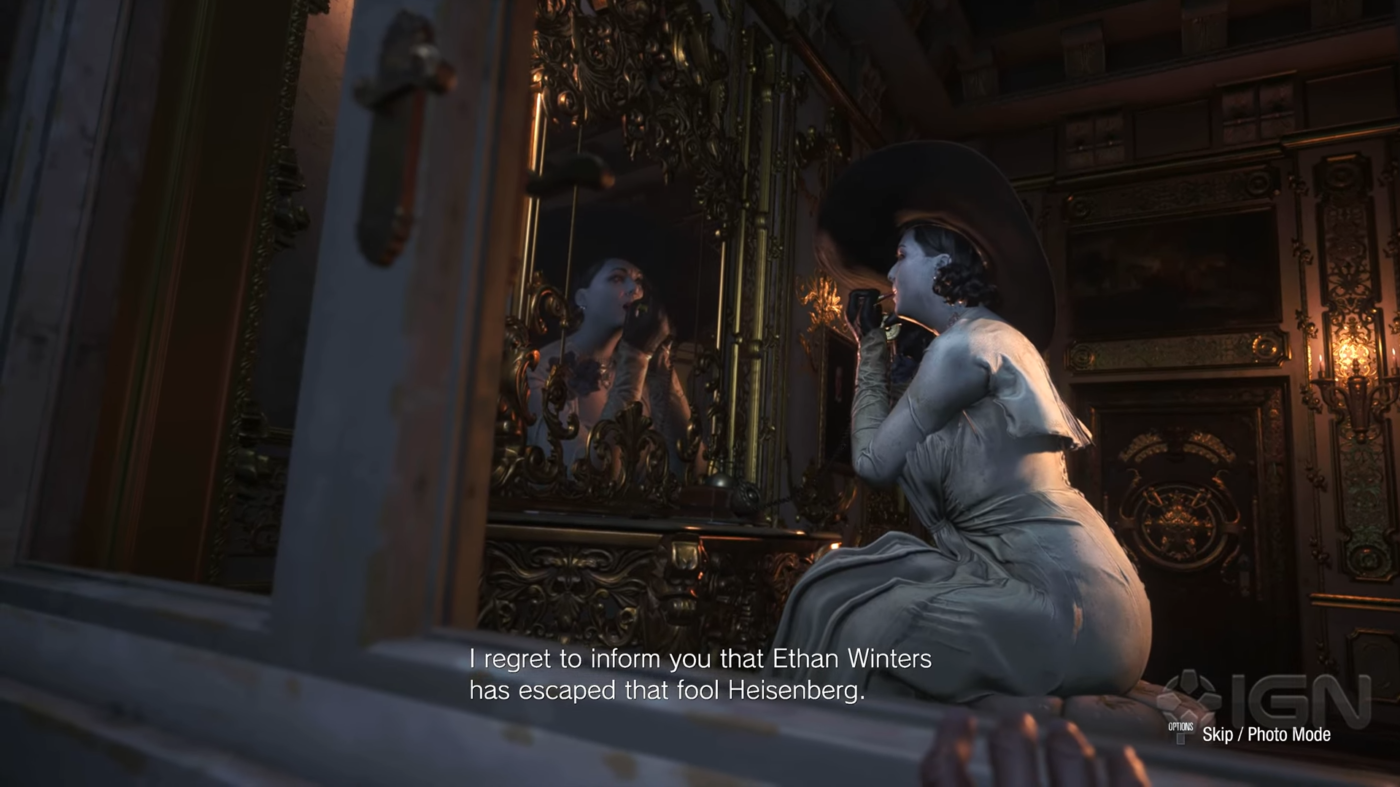 As you can see in the lower right hand corner, the option button is used as both a “skip” and “photo mode” feature. It’s unclear whether or not this is only available only during cutscenes as shown above, though it’s likely well be a feature that can be freely used throughout the game.

At the very least, it is now confirmed that Village will have a photo mode. Hopefully Capcom releases an in-depth video showcasing all the cool features it might have. I for one cannot wait to mess around in photo mode, as I have in past titles such as Ghost of Tsushima, The Last of Us, and so many others.