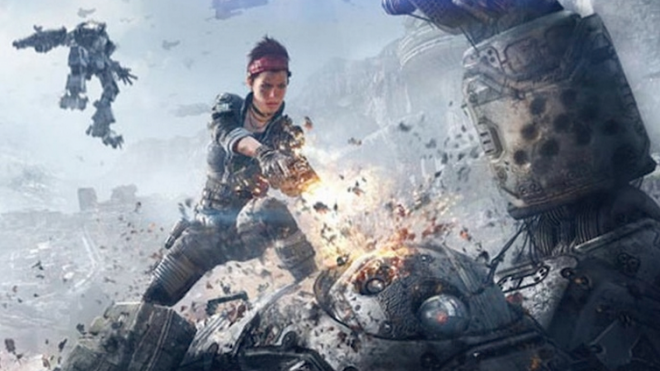 Respawn’s First Game, Titanfall, Is Coming to the Xbox 360, Xbox One and PC Spring 2014 [Updated]

According to leaked details from an early copy of Game Informer‘s July issue, Respawn Entertainment, headed by former Infinity Ward head Vince Zampella, is working on an FPS called Titanfall which will be available on the Xbox 360, Xbox One and PC.

The title, Titanfall, runs pretty close to the “Titan” trademark that the studio purchased last April. Also falling in line with earlier leaked details, TItanfall will be a multiplayer-focused shooter that revolves around both infantry and mech combat, taking place in a futuristic setting.

NeoGAF user “Cartman86,” to whom the magazine was leaked early, wrote that Titanfall is being developed exclusively for Microsoft’s platforms and the PC. According to Respawn, the decision was made due to the size of the studio who didn’t want to develop for too many platforms at once. Later titles would be multiplatform, however.

Titanfall is said to run on the Source engine (with major portions of it re-written) at 60 frames per second and will heavily utilize Xbox One’s Cloud feature for dedicated servers, physics and AI. The Xbox 360 version is being developed by a separate studio, while Respawn focuses on the Xbox One and PC versions. Allegedly, the game will feature “traditional” multiplayer modes along with a “one-player mode.”

It’s also said that, “thanks to the more open maps, healthy mix of enemy AI and real players, and the ultra-powerful titans, the gameplay loop in Titanfall is more accommodating to newcomers,” and that “the average time of life seems drastically increased over the average Call of Duty, Battlefield, or Halo match.”

The magazine cover reads, “After a bitter split with Activision and Call of Duty, Respawn debuts its bold vision for next-gen multiplayer,” and shows a giant mech soldier being taken down by infantry. It also states that the game is set for a Spring 2014 release date.

That’s about all we have on the title so far, thanks to Cartman86 and Polygon.

EA has confirmed the name of Respawn’s title via Twitter, stating that more will be shown during EA’s E3 press conference.

What do you guys think? It sounds like a very interesting direction for former Call of Duty creators to be taking. We’ll certainly learn more about Titanfall during this year’s E3, where it is confirmed to be streamed on Twitch TV.