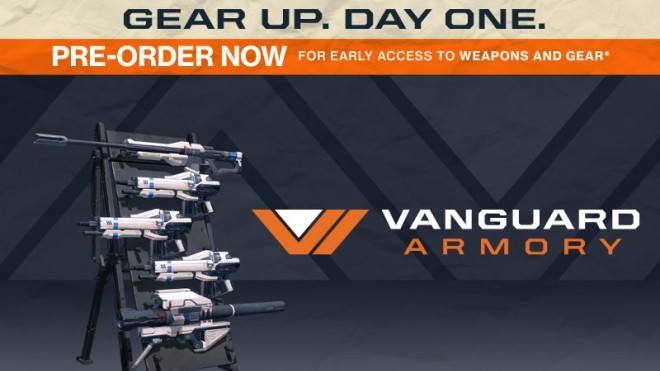 Both GameStop and Amazon are now listing the Vanguard Armory pre-order bonus for Xbox One, PlayStation 4, Xbox 360, and PlayStation 3 versions of the game. The bonus includes a set of weapons, gear, and a player emblem for use in the final game that ships on September 9. 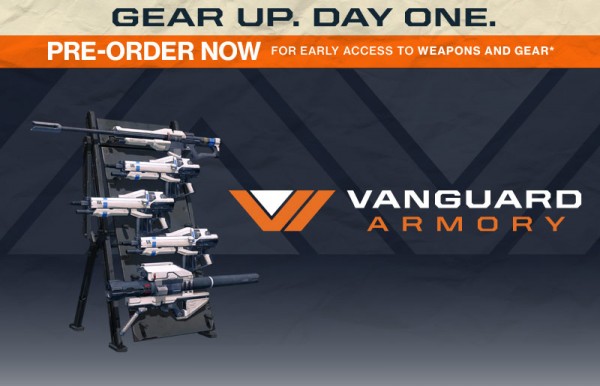 Here are all the pre-order items up close:

Destiny is entering Beta on PlayStation this July 17 and on Xbox this July 23. Check out the new trailer and details here. You can also catch the details on the recently announce Collector’s Editions and Expansion Pass right here.

Borderlands: The Pre-Sequel May Come to Xbox One, PS4