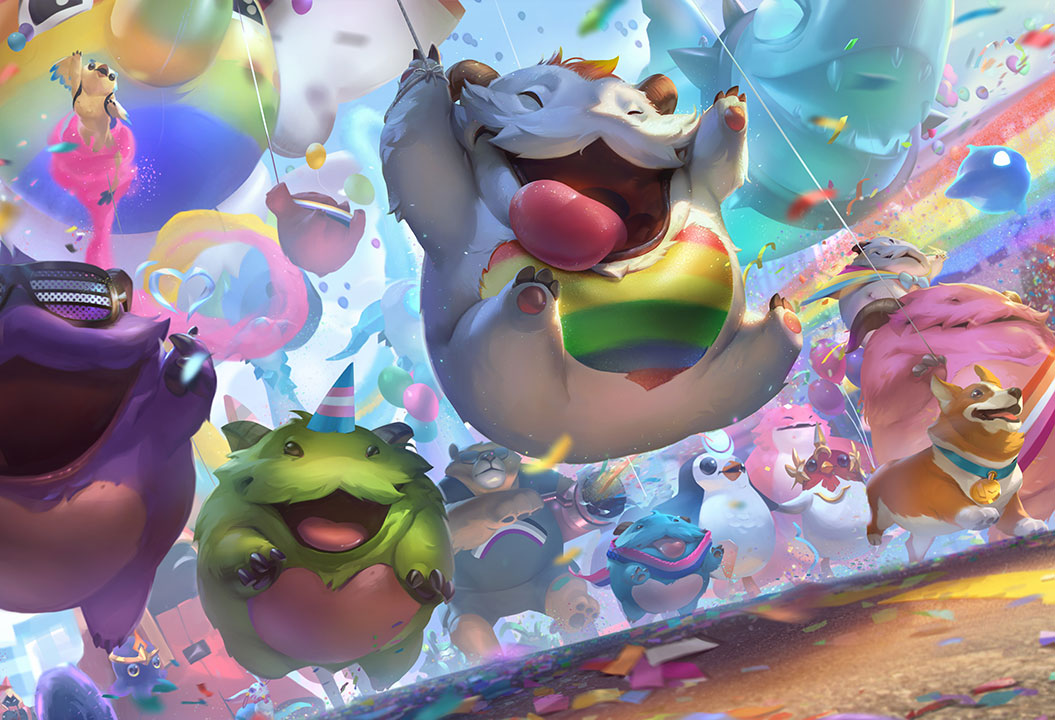 Fans of Riot’s library of games and members of the LBGTQIA+ community will have a lot to do in the next few months, as Riot Games holds Pride Celebrations in League of Legends, Teamfight Tactics, Wild Rift, and more.

Here’s the trailer showcasing the stuff Riot plans to introduce as they begin the celebration during this International Day Against Homophobia, Transphobia, and Biphobia.

Much like how what they did when with Valorant back in 2018, Riot’s bringing in that and other free content to the rest of the Riot library, as detailed via press release.

We launched the Rainbow Fluft Icon back in 2018 as a dedication to queer players across the globe who share our love for games. The Rainbow Fluft has evolved in the years since, and this year the Rainbow Fluft—along with other free content—is coming to EVERY Riot game across May and June. That means you can equip your favorite Pride icon in League and match it with your player card in VALORANT.

Speaking of Riot Games plans, the company together with Netflix is developing a League of Legends TV series — which you can read details about here.