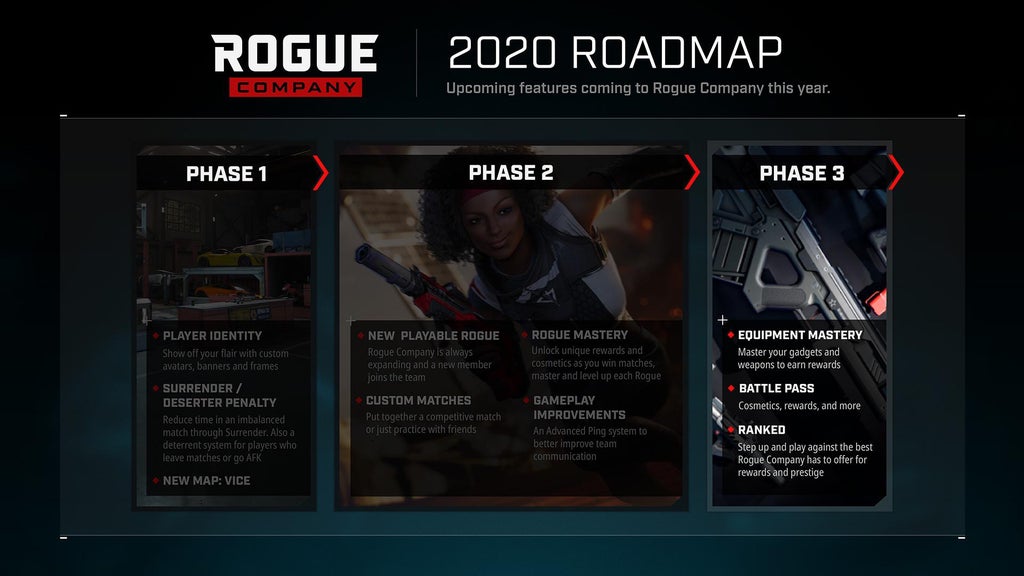 Rogue Company Roadmap Update Gives Us a Peek at Phase 3

First Watch calls this “Phase 3,” we have our first look at some of the stuff planned for the rest of the year. There’s a new Battle Pass, Ranked mode, equipment mastery that’s tied to rewards. Of course, there should be more on the way aside from the stuff mentioned — or at least we’re hoping to.

In other Rogue Company news, the studio released a patch earlier today! If you’re curious what’s in it, head on over here.

Rogue Company is now available as a free-to-play download on the PS4, Xbox One, PC, and Nintendo Switch. You can check out our early access impressions to see what we thought of it so far. We’ll be checking the game more, and if it warrants it, issue a final (scored) review.