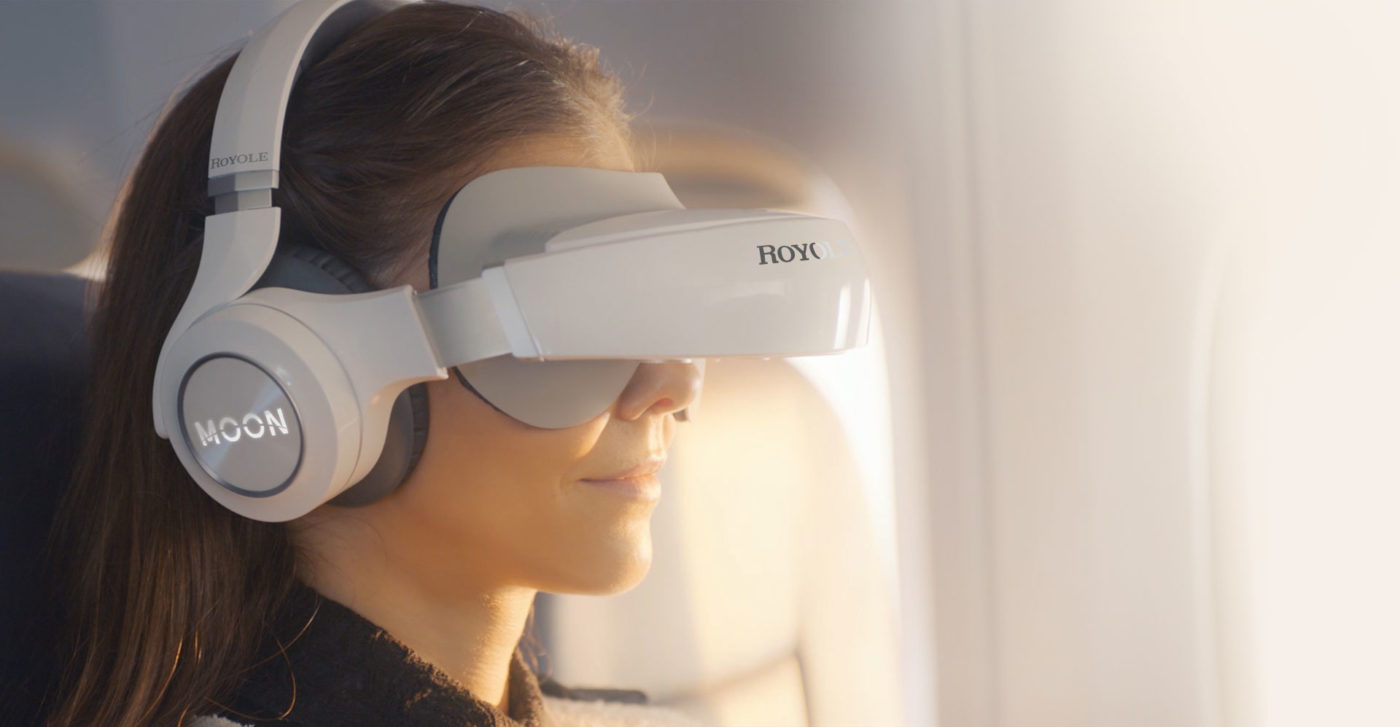 While there are dozens — if not hundreds — of TVs, monitors and the like available in the market, the same can’t be said for personal virtual theaters. Not familiar with those? I don’t blame you. Think of it as giant private screens that can display whatever you’re playing, watching, streaming, and more.

Enter the Royole Moon; this headset isn’t a virtual reality device (as some people will most likely assume it is), but rather, it lets people experience a full 1080p display up close, private and in any place you want (no, really!). Want to have a watch a movie privately on a plane? You can do that. What about streaming something in the comforts of your bed? Yep, that works, too. The Royole Moon essentially acts as a second (or third, or fourth) TV in your house, but with the added layer of privacy. However, there is a price to pay (literally) for it. 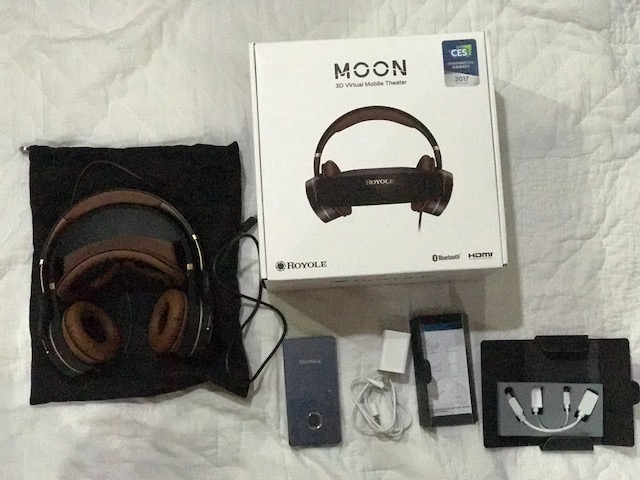 Make no mistake, the Royole Moon is a premium product. The headphone bands have soft cushion on them, there are gold accents everywhere, and soft leather is used to great effect. However, the downside is, it costs a hefty $800, which would put it out of reach for most casual gamers and buyers.

Just what do you get for that price point? For $800, buyers are getting the headset, cables, carrying case, the 32GB storage/battery pack (which can be filled up with movies, pictures, etc.). Basically, what you see in the image above.

The headset can output in  stereoscopic 3D (though I haven’t tested its 3D capabilities), at full 1080p via two AMOLED displays, simulated on a 800″ giant curved screen, with over 3000PPI (pixels per inch), with fast-response times. It can connect via Bluetooth to your phone or tablet, or HDMI to your PC, console of choice, and doing so is a cinch, thankfully.

Controlling the Moon is a breeze, too, with the headphones is a touchpad-like sensor that lets you adjust the volume, choose settings and more. It definitely adds to the premium feeling given you’re not fumbling with buttons to do tasks.

There’s also a neat hidden feature in the Moon and that’s built-in corrective lenses. This is for people who wear glasses (like me!), so you won’t need to wear your glasses when using the Moon. That said, don’t expect it to a “one size fits all” kind of thing, since it made me view things OK, though I still needed my glasses for some intense multiplayer matches.

During my testing period, I watched a few YouTube clips, a movie, and played a few games on the Moon. While the performance itself was topnotch, there was a nagging issue of the device digging into your nose. The Royole Moon weighs in at 1.5 pounds (700 grams), which might not seem much on paper, but is significant when you’re using it for an hour or so given the device is being supported by the headphone straps, with some weight distributed on your face via the device.

There’s also the headphones, which provide noise-cancellation tech, though that also means your ears are cupped entirely, which might prove to be uncomfortable for some, and in some cases, hot.

Speaking of hot, the device itself gets quite hot. Mind, I was using it in an air conditioned room, so I didn’t mind it much, but for prolonged used, you will feel the headset emanating heat, though nothing to get worried about.

In Your Face Gaming

While the Moon’s main draw might be watching YouTube videos, movies (some of the exotic variety for some) for on-the-go situations, or when you want some privacy, the device can hold its own when it comes to gaming.

Say you want to play some video games and your kids or significant other is watching on the TV, you can do so with the Moon and not feel like you’re relegated to the crappy, secondary TV of the house. During my time testing Titanfall 2 it performed admirably, with the only issue being the headset itself digging into my nose for prolonged use. But for the performance itself, if it can handle something as fast-paced as Titanfall 2, I suspect you won’t have any issues with slower titles.

Royole Moon has been touted as something that would make sense to bring onto a plane so people wouldn’t be bored while in-flight, and maybe get some gaming on, but I wasn’t fortunate enough to test it in real-world conditions in that regard.

For those curious, the makers are saying it can handle a five hours in a single full charge. I tested it, and it seemed to last longer than two entire movies, which is more than good enough. 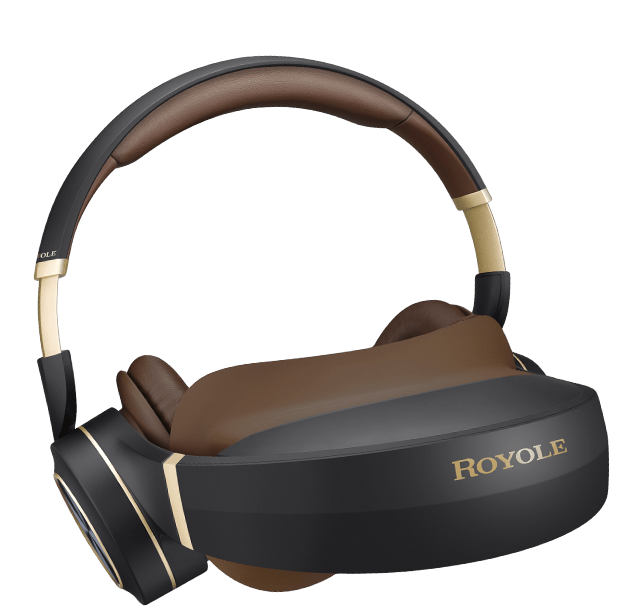 Over the Moon and Back

The Royole Moon definitely delivers on its promise. However, the main deterrent here isn’t the performance or the hardware itself, but rather, the high price point of $800. For most, that’s hard to swallow and instantly takes it out of impulse buy territory. And for those looking for an alternate TV in the house, at that price, a lot of solid and sizable TVs can already be bought.

However, if that isn’t the concern, and having privacy watching a movie, or playing a game is, then the Royole Moon does the job well. Just don’t forget to use it somewhere cool.