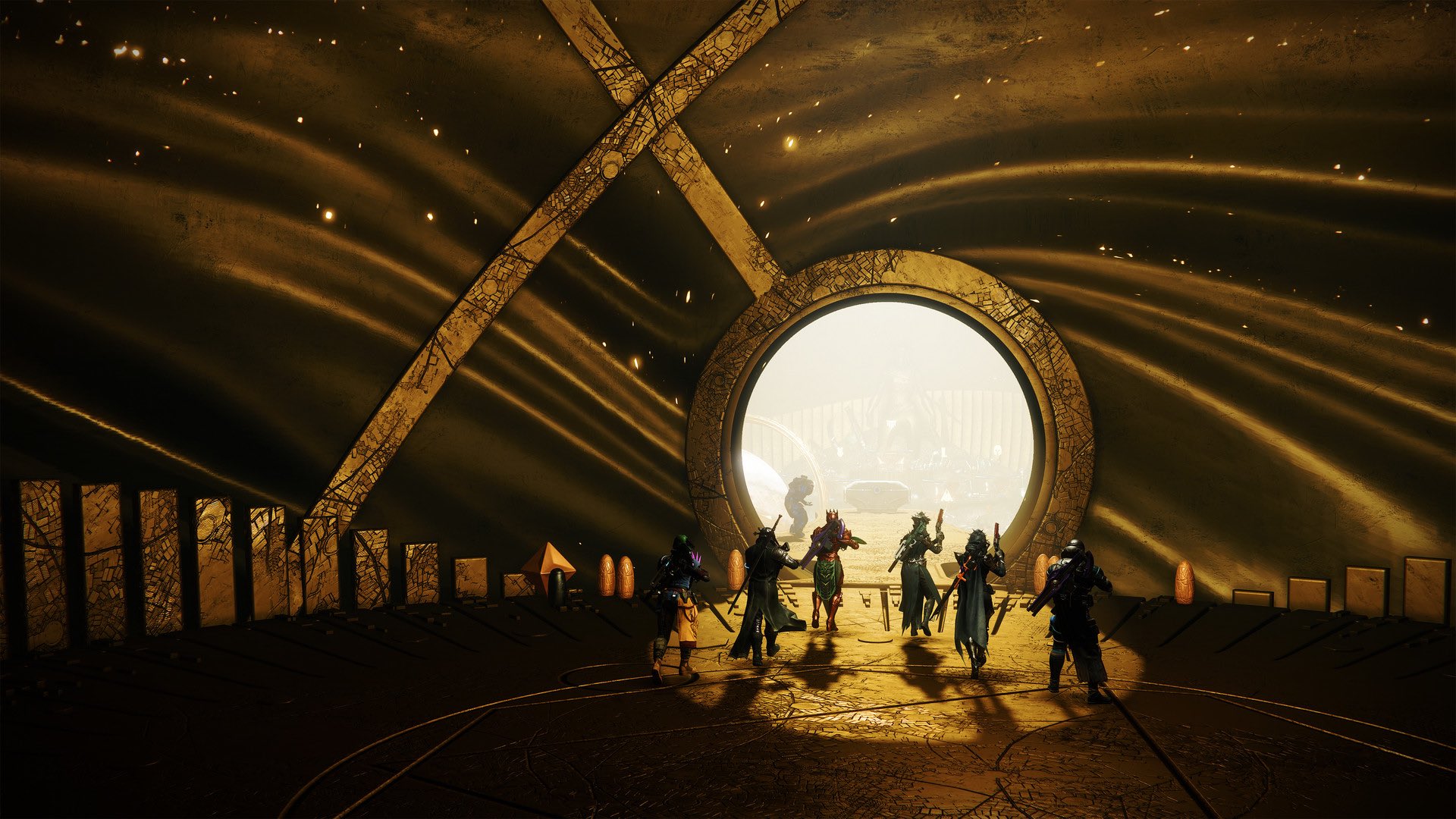 With the 30th Anniversary event for Destiny 2 fast approaching and Bungie being incredibly careful of showing their entire hand for the new stuff, it’s no wonder that some in the Destiny community took it upon themselves to speculate on what we all could expect for this big update. The one gaining the most traction right now points to Bungie’s roots, as it’s rumored that the 30th Anniversary of Destiny 2 will feature a Halo crossover.

The speculation comes mostly from new images that Bungie has released to promote the 30th Anniversary which shows the brand-new three-man activity coming next week. At a cursory glance, it may seem like just another Destiny 2 image, showing off a room filled with treasure and six Guardians heading towards it. Looking closer, though, and you may be able to see something interesting.

Can you spot it? According to some eagle-eyed players, there are some Halo weaponry to be seen in the image. The Guardian on the far left appears to be sporting a Halo Battle Rifle on their back, while two other Guardians – the Bronze Titan in the middle and the Guardian on the far left – are carrying Covenant-looking wepaons with them, perhaps the Beam Rifle or the Covenant Carbine.

It’s important to note that all of this is speculation at this point, so take everything with a grain of salt until officially confirmed. For all we know, these may just be inspired by Halo weapons as they are a huge part of Bungie’s identity, but not exactly a direct crossover for Destiny 2 with Microsoft’s franchise.

In any case, we’ll know what it is soon enough, as the 30th Annivesary patch for Destiny 2 is coming next week, December 7. Stay tuned here at MP1st for the complete patch notes once it drops.

The Lord of the Rings: Gollum Will Be Featured at The Game Awards