Update: The home page of the Neversoft website (below) states, “we have molded our team into a crack squad of eager developers ready to push the First Person Action genre in support of Activision’s Call of Duty Franchise,” confirming that a Call of Duty title is, indeed, in the works. The question still remains, will it be the Black Ops II Vita version announced for a holiday release, or the rumored Wii U version? 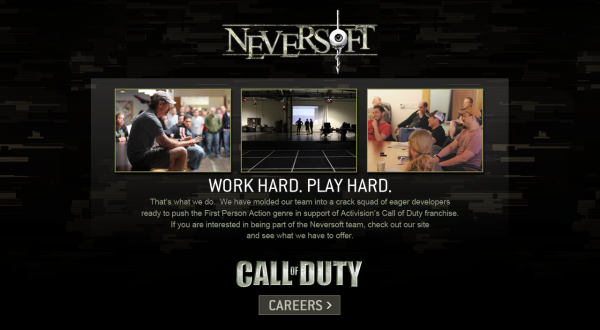 Original Story: Last year, it was rumored that Neversoft would be working on a brand new title. At the time, the only details available were that it would be a first-person action shooter and have some form of multiplayer attached to it. Now, it seems that their next project may be yet another Call of Duty title.

Upon visiting Neversoft’s career page, you’ll notice that there is, indeed, a Call of Duty logo towards the bottom (image below). It’s possible that this could have been an error, though it seems to be a rather odd one. 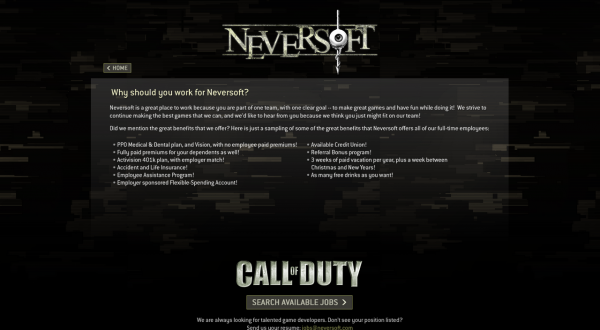 Neversoft is known for their work on both the Tony Hawk and the Guitar Hero series. So, what do you guys think; are they the ones behind the PS Vita version? Maybe they are collaborating with Sledgehammer Games?