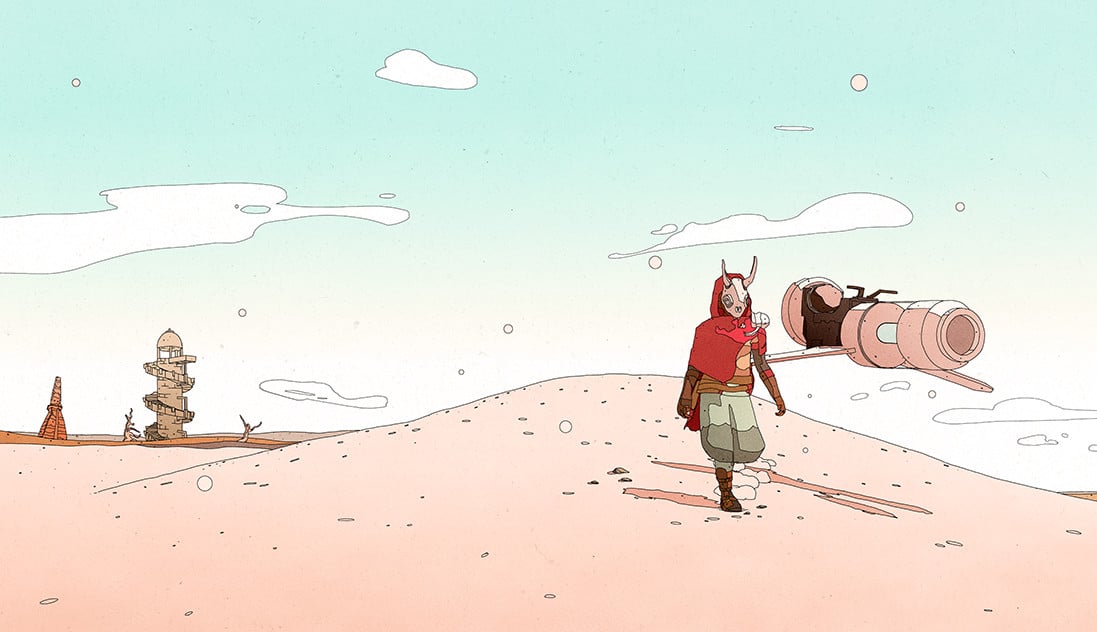 Prepare to experience an indie open world adventure that looks rich and unique, as the Sable gameplay trailer has been revealed on E3 — and the game launches on Xbox consoles and PC this September!

Here’s the reveal trailer for this indie adventure game developed by Shedworks and published by Raw Fury!

Here’s the overview and details for this game via press release.

Sable is an evocative coming-of-age tale of exploration and discovery set on a breathtaking alien planet. Embark on a deeply personal journey as the young Sable and traverse a strikingly rendered open world filled with ancient monuments, ruined architecture, and wrecked ships fallen from the cosmos.

As E3 2021 begins and goes in full swing, expect a lot of other exciting game announcements to come in the next few days! Find out what’s coming up by checking the broadcast schedule for the show here.

Sable will be released for Xbox One, Xbox Series X|S, Xbox Game Pass, and PC on September 23.