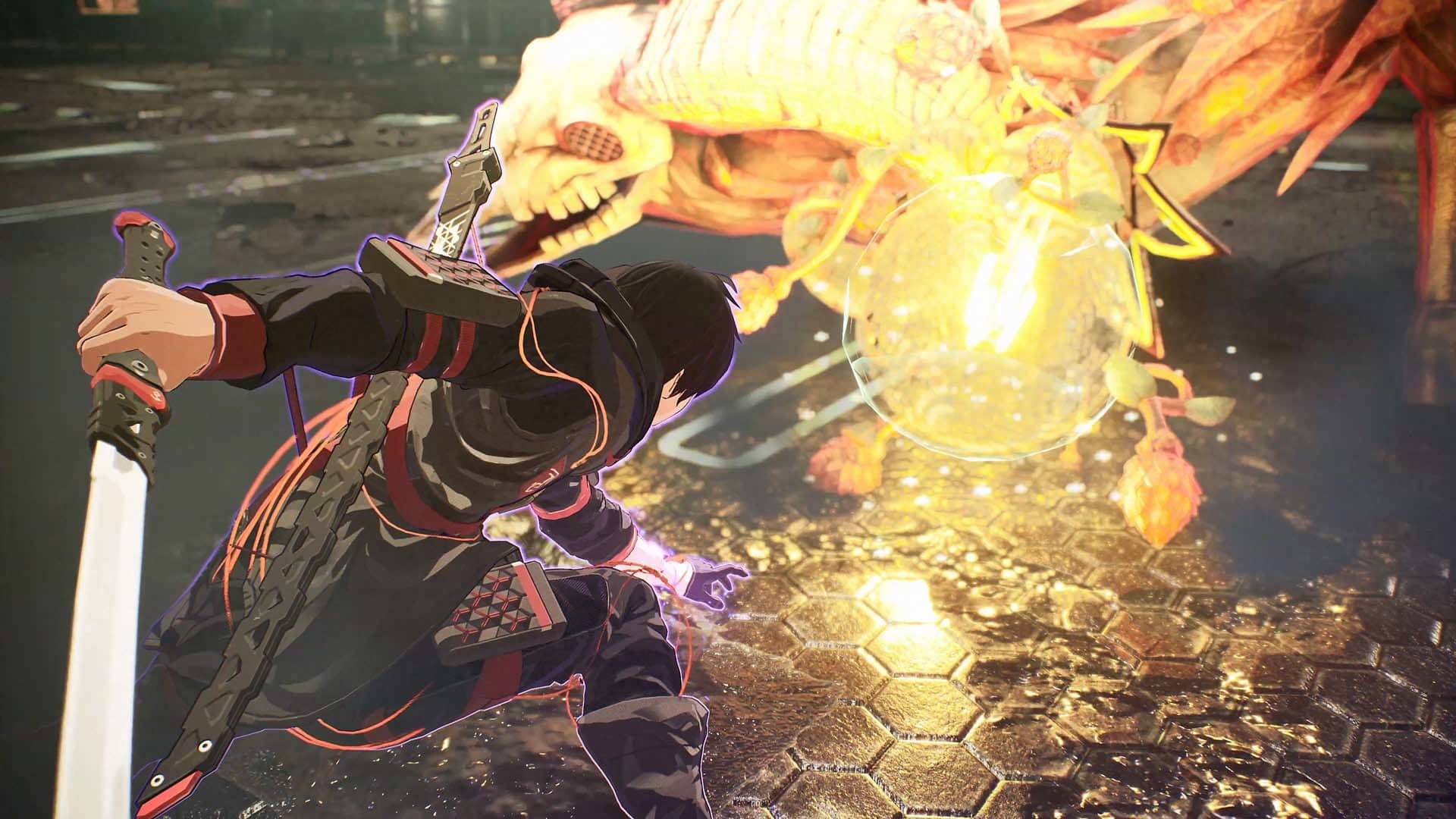 At the time of writing, Bandai Namco has not yet released the full patch notes for this latest update. In the meantime, the developer did release a big content drop last week in the form of DLC, the details of which you can read below:

The “Bond Enhancement Pack 2” DLC brings 10 new bond episodes to the game unlocking the super-state “Nexus Drive” to upgrade SAS abilities. Each character’s SAS will gain new effects the player will have to master, adding complexity to the game’s combat, such as attack ranges and SAS gauge recovery or consumption speed.

Players can showcase their newly acquired skills all over New Himuka wearing the stylish collaboration with artist Daisuke Richard, offering a new fresh set of costumes and weapons, the “Youth Attire” set.

In addition to the new DLC, a free upgrade brings a new feature called “Vision Simulator” allowing the player to rematch bosses fought in the main story and challenge missions with an adjustable difficulty level. Difficulty will include “Beginner”, “Novice” and “Master”. The highest difficulty, “Master”, will provide a more challenging and engaging experience to test the players skills after completing the main story.

4 new Others variations are added to the game, each with a unique added traits the players will have to understand, counter and defeat. The shop will welcome new challenges, costumes, and items via the free upgrade.

We’ll update this post accordingly once the full notes are out. Stay tuned.

Ghostrunner Update 1.08 Patch Notes; Out for New Content This Dec. 23