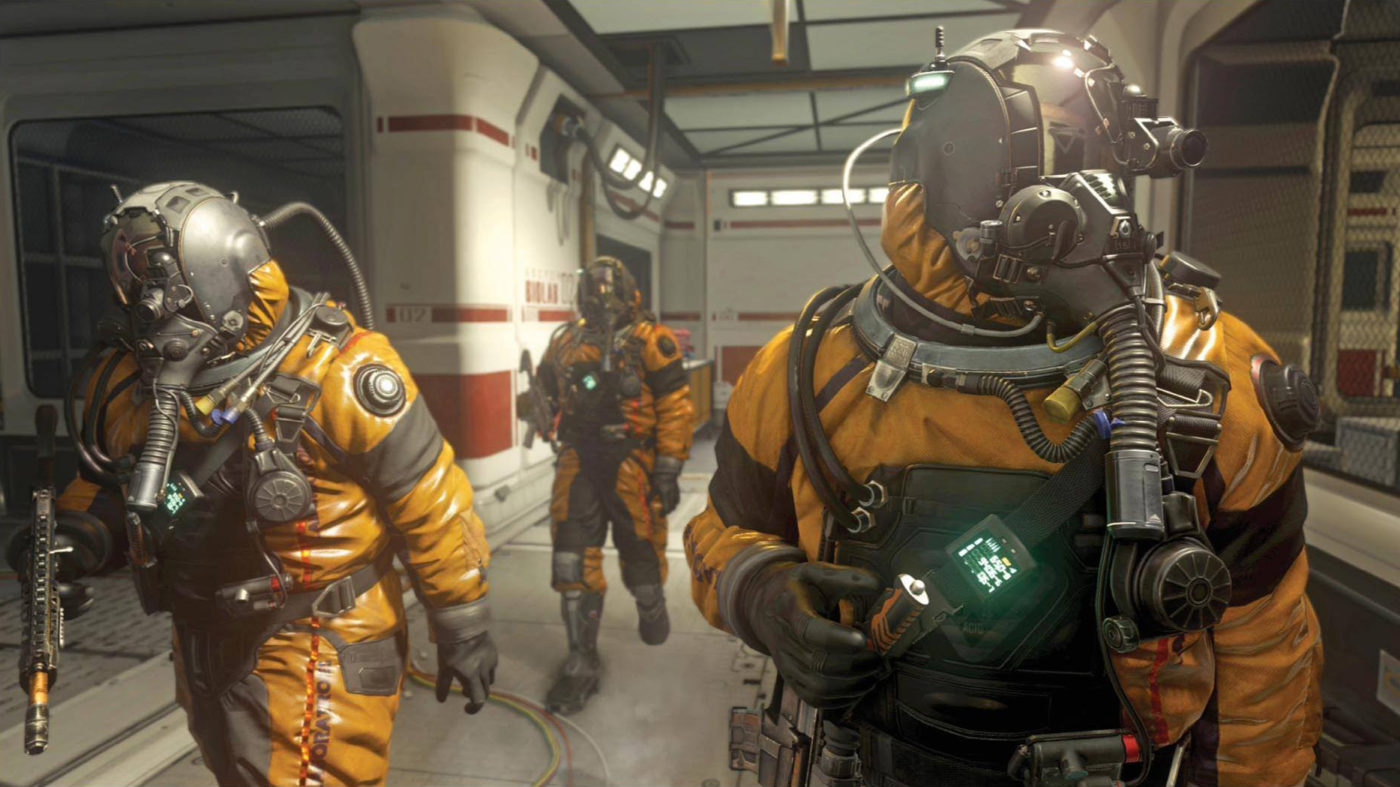 With Call of Duty: Advanced Warfare and its 2054 setting, developer Sledgehammer Games describes a tough time, in the beginning, defining what the games’s future really was and deciding how deeply it might dive into the world of science fiction.

Ultimately, the studio settled on a rooted and more gritty universe that Call of Duty fans could get sucked into. Sledgehammer co-founders Michael Condrey and Glen Schofield spoke to GameInformer about the process, as well as how it might compare to the future depicted in Treyarch’s Call of Duty: Black Ops 2.

“I think Call of Duty resonates because it’s believable and relatable,” Condrey said. “And it’s always been one of the strengths of the franchise.”

Condrey explained that the drive to remain rooted, gritty, and relatable crystallized through their research in some of today’s most advanced technology. We saw some of that reflected in Advanced Warfare’s tech that we recently learned more about in greater detail, like the 3D-printer rifle that prints its own ammunition, as well as the plasma-powered rifle and the hover bikes.

“Some of the the things we found through research of what’s going on in the military today and around the world was more fantastic than even the things we were coming up with,” Condrey added. “And so I think that time period and that ability to keep it rooted means that our fans, ourselves – you know, it’s not that fictional leap to a science fiction world you can’t relate to.”

Aside from its alien influence, Condrey mentioned Peter Jackson and Neill Blomkamp’s film, District 9, as a point of great inspiration.

“Science fiction icons, we stayed away from,” Schofield added to the conversation. “So you won’t see the traditional mech. Even though that may happen, people automatically go, ‘Sci-fi.’ So, we’re kind of trying to stay away from that.”

However, Schofield hinted at some more unexpected surprises to come: “And then, as we get them into the game, and they start to believe the world, [we’re] taking more chances by the end of the game.”

As you may remember, Treyarch’s Black Ops 2 also adopted a near-future setting similar to the one Condrey and Schofield describe in Advanced Warfare. Despite the inevitable comparisons, Schofield believes their take is different enough.

“We do talk with Mark Lamia [Treyarch studio head] and his designers and artists as much as possible, and that’s so that we don’t duplicate things,” he explained. “But I think we realized after the first six months or so when we had this huge amount of information and we had sort of a vision, that if we just kind of followed that and we used Sledgehammer’s style, that we will be different.”

Shifting the conversation to the topic of a Call of Duty: Advanced Warfare sequel, Condrey and Schofield were asked if they would ever consider bringing the setting and story to a more fantastic place with more elements of science-fiction.

While their thoughts are still rooted in their current project, Schofield mentioned that “There has to be some thinking of not ruining the story and everything or the world so you can’t have another game.”

“We’re keeping it in a place where another game can exist,” he said.

Check out the full interview with Condrey and Schofield over on GameInformer.

Would you ever play a Call of Duty title developed around science-fiction elements? Maybe even aliens and outer space? Tell us in the comments!