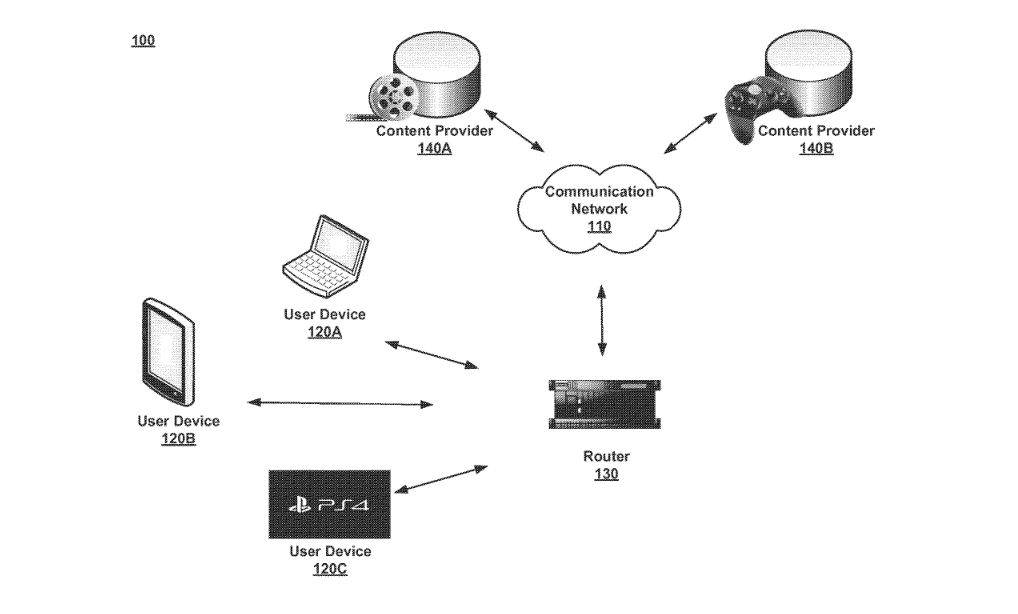 Sony Interactive has filed a new patent for their PlayStation technologies, with this latest one relating to bandwidth management. The patent has been the subject of discussion on both Reddit and Twitter, where several users offering their thoughts on this “new” tech and what it could bring to the table for the PlayStation consoles.

Glancing through the opening page, it appears that this bandwidth management patent relates to certain ‘profiles’ that differ in their priority for the overall bandwidth of a player’s internet connection. For instance, one could prioritize a game’s download over their own current online game lobby (or vice versa), as well as different download bandwidths of games downloading at the same time. Several profiles could then be created, all satisfying different situations, like something that you will probably use while gaming (lower bandwidth for game downloads) and others.

What’s certainly interesting is the fact that this technology, while currently being filed for patent, is certainly not new. It’s a feature called ‘Quality of Service’ (QOS); Xbox, for instance, already has a system in place that lets you prioritize certain games for higher bandwidth. On PC, most commonly Steam, you can throttle the download speeds of other games in order to prioritize others, which is overall a very good feature to have if you still want to download something while playing online.

While some commenters have stated that this technology has nothing to do with overall latency but just the download bandwidth itself, the patent filing begs to differ. Section 37, Page 4 of the document describes ‘spike prediction,’ albeit used in a sample involving media playback. On the whole, the patent is intriguing, and look to Sony and PlayStation possibly make this a natural development for their current and future consoles.