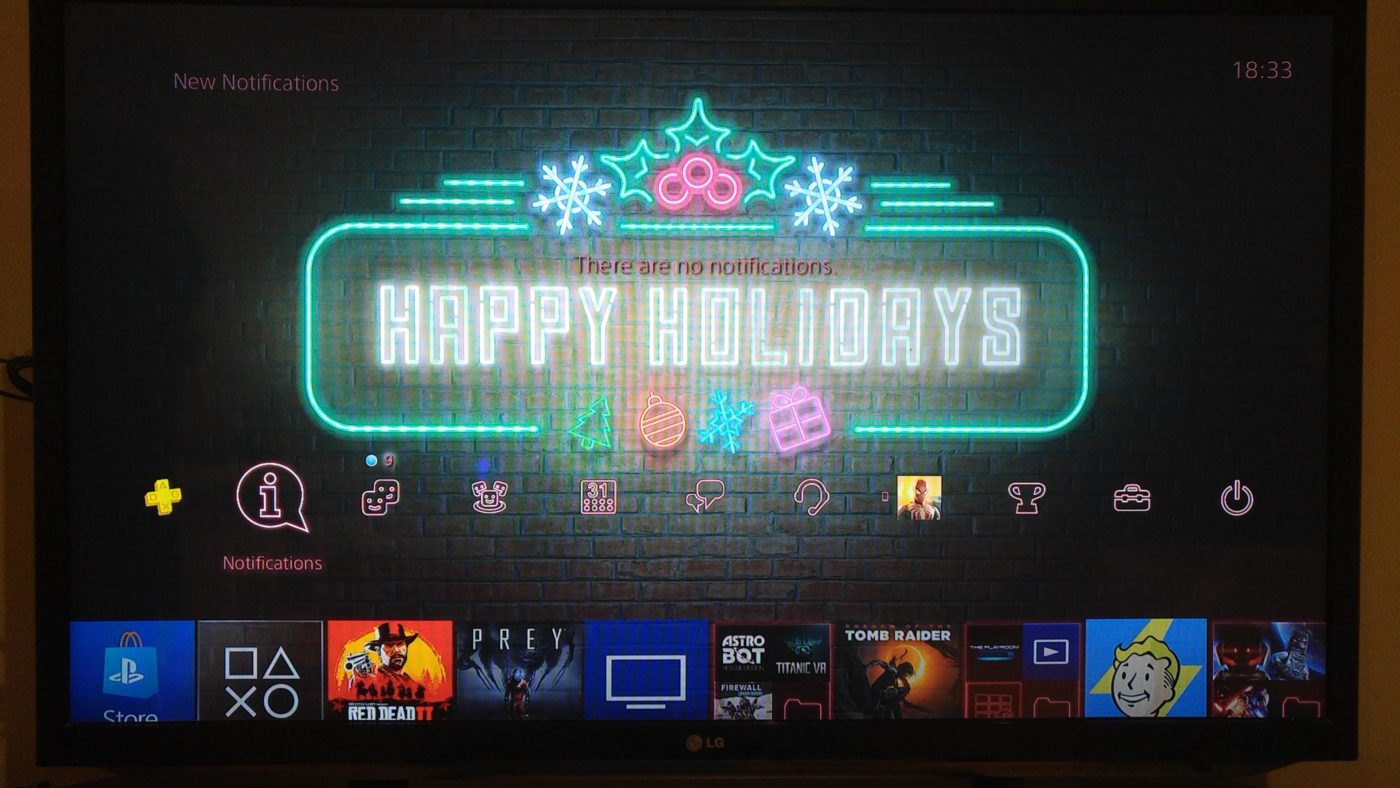 It’s the season of giving, and Sony seems to have remembered that as the company is sending out free holiday PS4 themes via email! I’ve received one myself (along with countless others on the PS4 subreddit) and here’s what the email looks like. 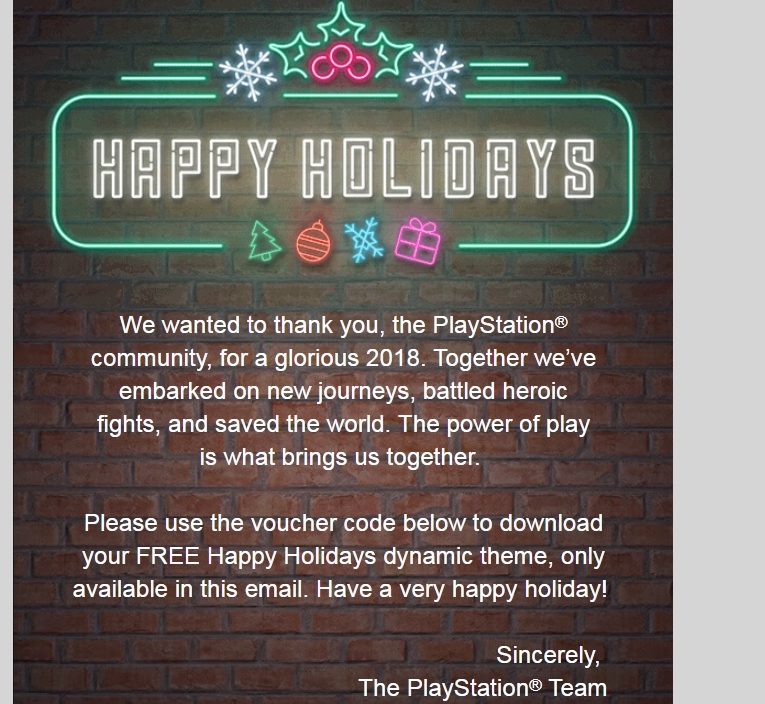 It’s definitely a nice move by Sony, no? If you’re interested in games, we’ve posted this past week’s HUGE PlayStation Store sale! Want other freebies? We’ve compiled all the known free PS4 avatars in one place along with pictures!

In other PlayStation news, Sony seems to be allowing certain users to change their PlayStation Store region, though it’s only available for EU currently.