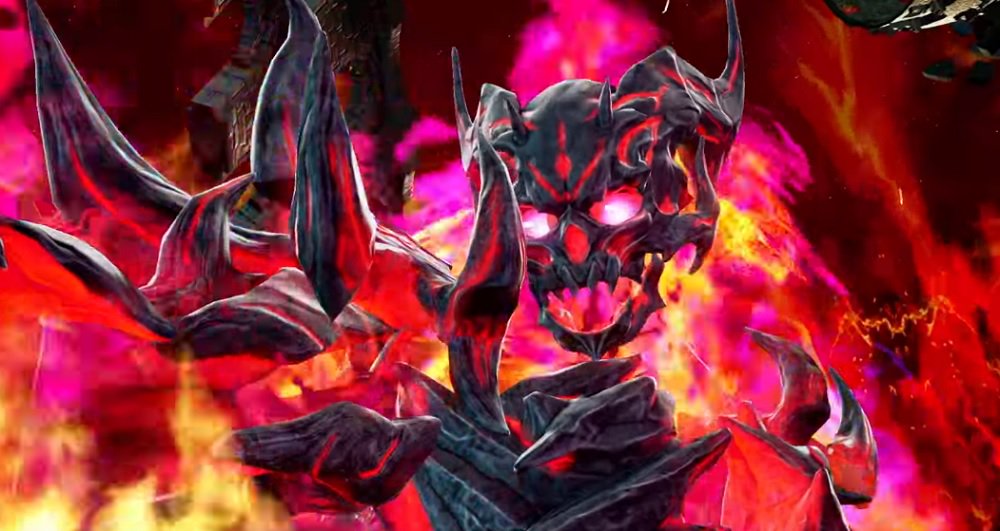 In a press release, Bandai Namco has released a new SoulCalibur VI trailer, and it reintroduces Inferno! Check out the SoulCalibur VI Inferno trailer to see the monster in action!

Inferno, the original antagonist that kicked-off decades of struggle for power in both Soul Blade and SOULCALIBUR returns to SOULCALIBUR VI to wreak havoc and deal death to all challengers. As the evil spirit of Soul Edge, Inferno is fearsome, possessing deep knowledge of fighting techniques which he mimics with uncanny skill, allowing him to use any weapon and fighting style with a phenomenal degree of expertise. Inferno’s power defies standard means of measurement, if one were only comparing skill and weaponry, then Inferno easily transcends any of Soul Edge’s previous vessels.

For more on SoulCalibur VI, make sure to check out over 30 minutes of raw gameplay footage from the beta right here.

SoulCalibur VI will slash its way out this October 19 on the PS4, Xbox One, and PC.