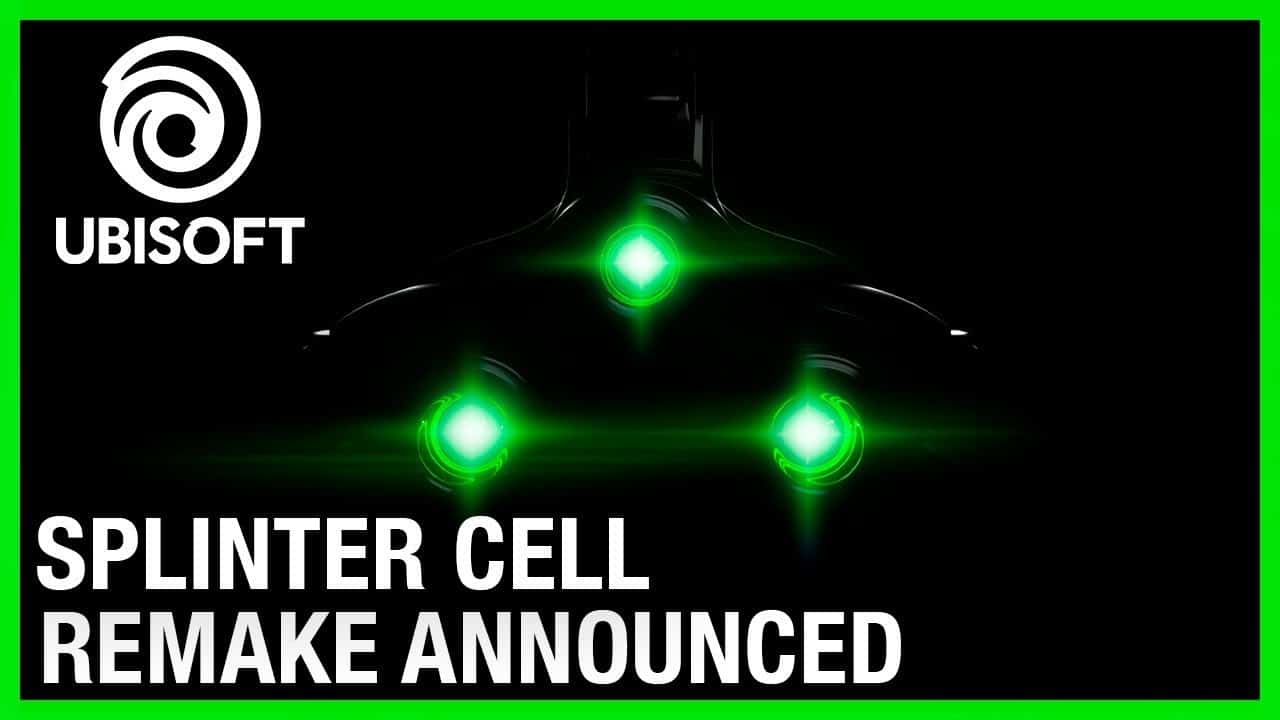 Its been long rumored, but the official announcement is finally here! That’s right, Splinter Cell is back, as Ubisoft confirmed today that their Toronto studio will be heading the Splinter Cell remake.

Announced in a developer interview, the next Splinter Cell game will be none other than a remake and be developed on the Snow Drop Engine, the current engine that The Division and its sequel run off. In the lengthy interview, Technical Producer Peter Handrinos had this to say to fans:

A lot of time has passed since the original Splinter Cell, and even since the last sequel – enough time to miss an entire console generation. So now we’re going to take the time to explore what this means for us, for light and shadow, for animation tech, for gameplay, AI, even audio. We’re going to ask ourselves, “where does it make sense for us to innovate? What not only fits with the legacy, but brings the game up to a level that will be expected of us, and where can we surprise our players?” We want to bring them something new, yet still connect them to that feeling that they had two decades ago, playing that masterpiece for the first time.

Producer Matt West also added to this, while confirming that the remake will not be featuring an open world.

To me, a remake takes what you’d do in a remaster and goes a little bit further with it. The original Splinter Cell has a lot that was amazing and revolutionary at the time it came out, 19 years ago. The gaming public now has an even more refined palate. So, I think it kind of has to be a remake as opposed to a remaster. Although we’re still in the very earliest stages of development, what we’re trying to do is make sure the spirit of the early games remains intact, in all of the ways that gave early Splinter Cell its identity. So, as we’re building it from the ground up, we’re going to update it visually, as well as some of the design elements to match player comfort and expectations, and we are going to keep it linear like the original games, not make it open world. How do we make sure that new fans are able to pick up the controller and dive right in, and fall in love with the game and the world right from the get-go?

And while no first look into what this Remake would look like was given, Ubisoft did publish a new video around the announcement, which focuses on looking back at the original 2002 game. You can have a watch down below.

There is currently no release date set for the Splinter Cell Remake, though we do expect to hear plenty more of it sometimes later next year. Once we know more, we’ll be sure to let our readers know.