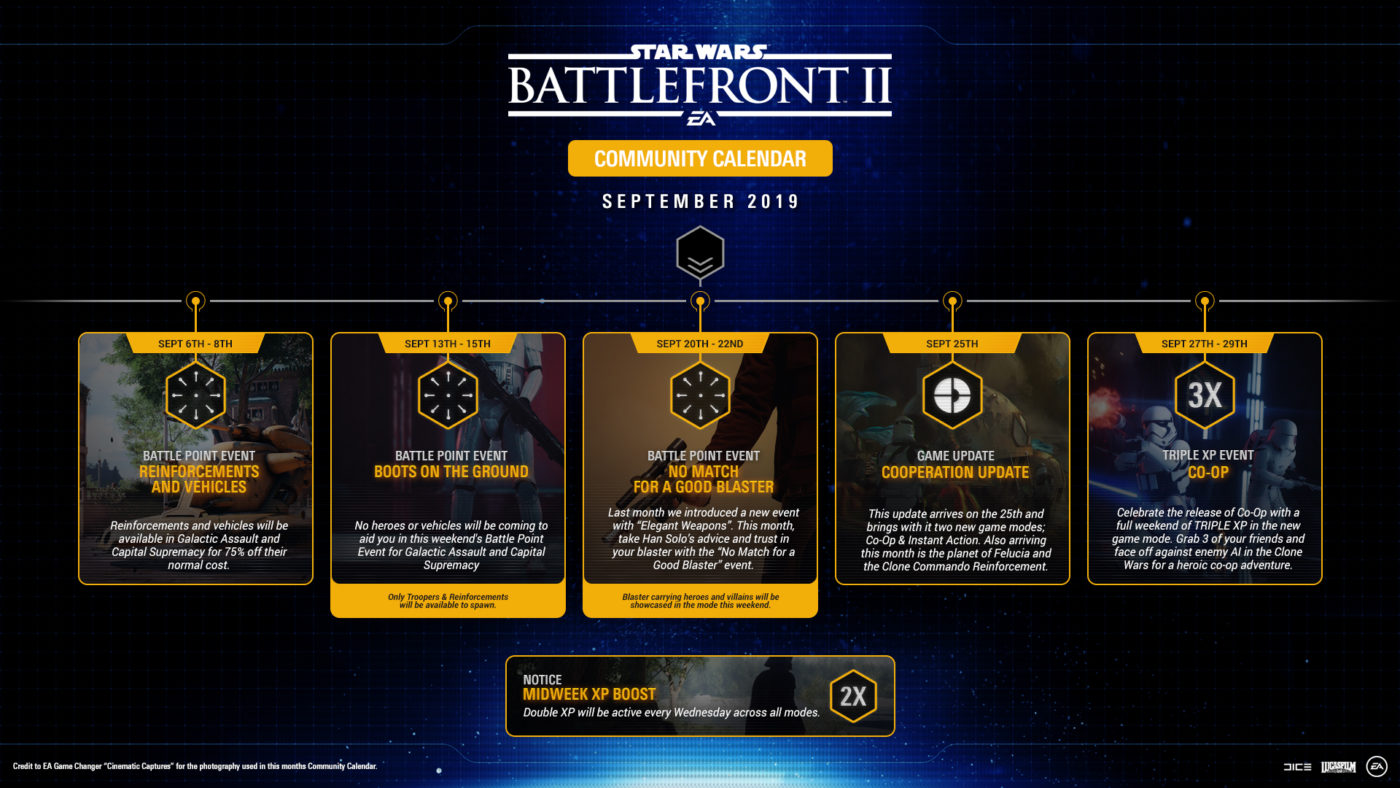 Game Content – Cooperation Update (This update arrives on the 25th and brings with it two new game modes; Co-OP and Instant Action. Also arriving this month is the planet of Felucia and the Clone Commando Reinforcement).

Triple XP Event – Co-Op (Celebrate the release of the Co-Op with a full weekend of TRIPLE XP in the new game mode. Grab 4 of your friends and face off against enemy AI in the Clone Wars for a heroic co-op adventure).

Not a bad month for Battlefront 2 players, no?

In other Battlefront 2 news, DICE says that the player base is rising month after month after the Geonosis update. This is good news, as the studio also mentioned that they hit “rock bottom” due to the loot box controversy.