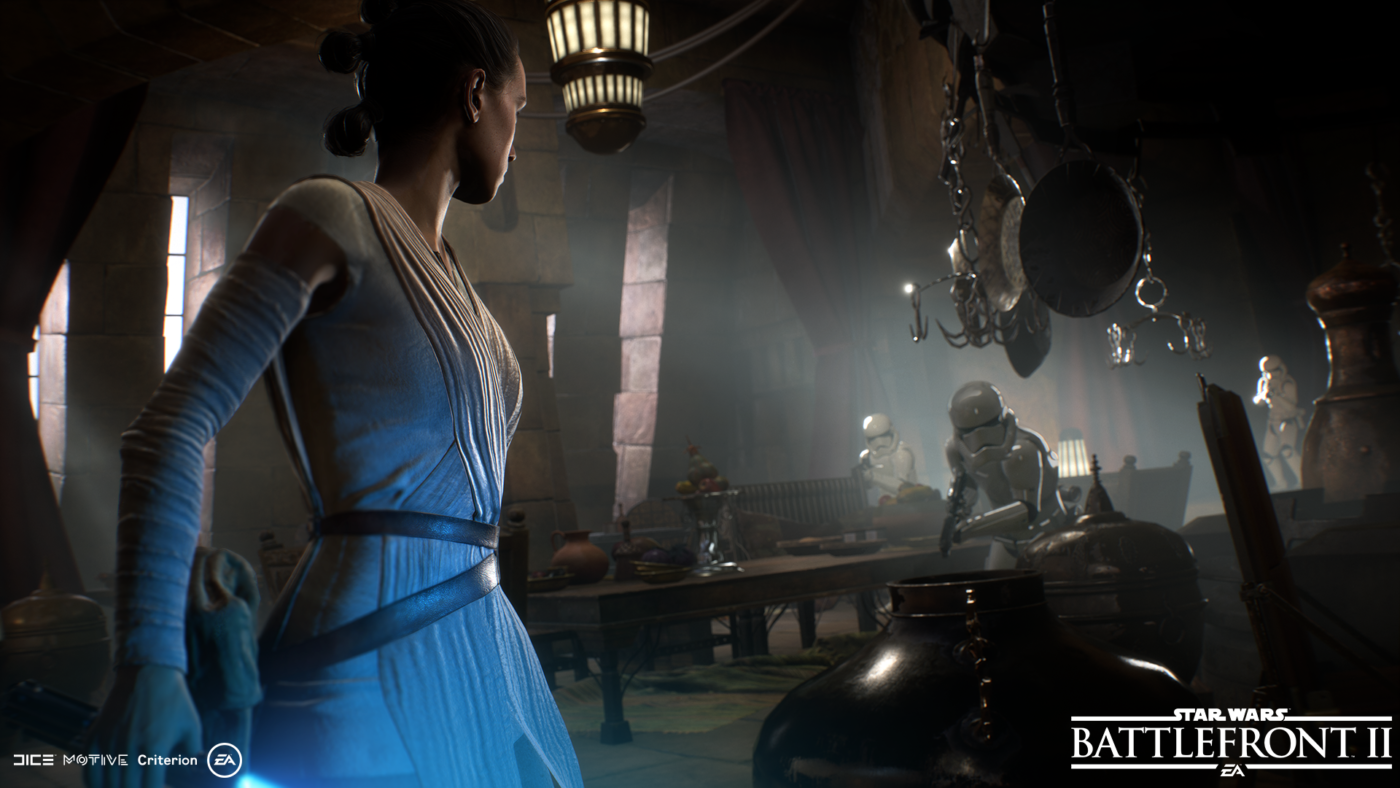 Those hungry for Battlefront space battles should feast their eyes on the gameplay below. Showcased during the EA gamescom 2017 presentation, this big chunk of Squadron Assault action includes Hero Ships, including Darth Maul and Poe’s crafts, as well as Boba Fett’s Slave I.

All wings report in to Starfighter Assault mode in Star Wars Battlefront II.

The leak gave us a preview at the teaser trailer, but this is uncut gameplay, giving a much better look at how Squadron Assault plays.

You might notice some familiar faces in the kill feed. EA has brought their “GameChangers” to the fight, comprised of community members and influencers.

YouTuber JackFrags has released a video showing some exclusive footage of his own. Watch it below.

So space battles have finally come to Battlefront! Are you looking forward to taking to outer space?