For those of you who have been waiting for Starhawk, wait no further. As of today, Starhawk is in stores all over North America, on the 13th in Europe.

And here’s some good news for those who are going to buy (or still deciding). Remember how Warhawk had a bunch of paid map packs available? Well, according to Dylan Jobe on the PSBlog, these “paid” map packs divided the community up. Well since they have now realized that, the team has decided that all future map packs will be absolutely free of charge. That means you won’t be paying a dime to play any new maps. Though they did confirm that they will have some sort of paid DLC, however they won’t be map related.

The first map pack will be on the swampy world of Cypress. Down below is just some early art work of the planet. 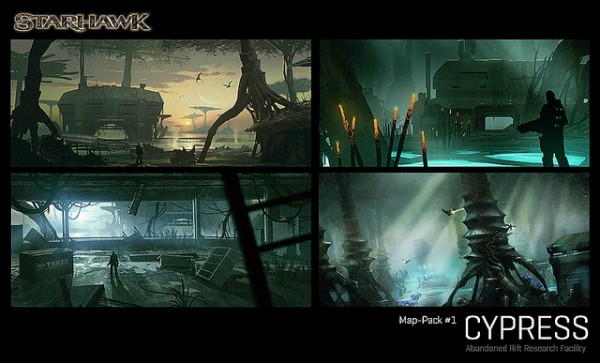 Also for those who were settling for either renting or borrowing the Starhawk there is some bad news. Sony has confirmed a while back that they plan on having an online pass for every first party title, Starhawk is no exception. I can confirm this as well that there is an online pass bundled in every new copy of the game.