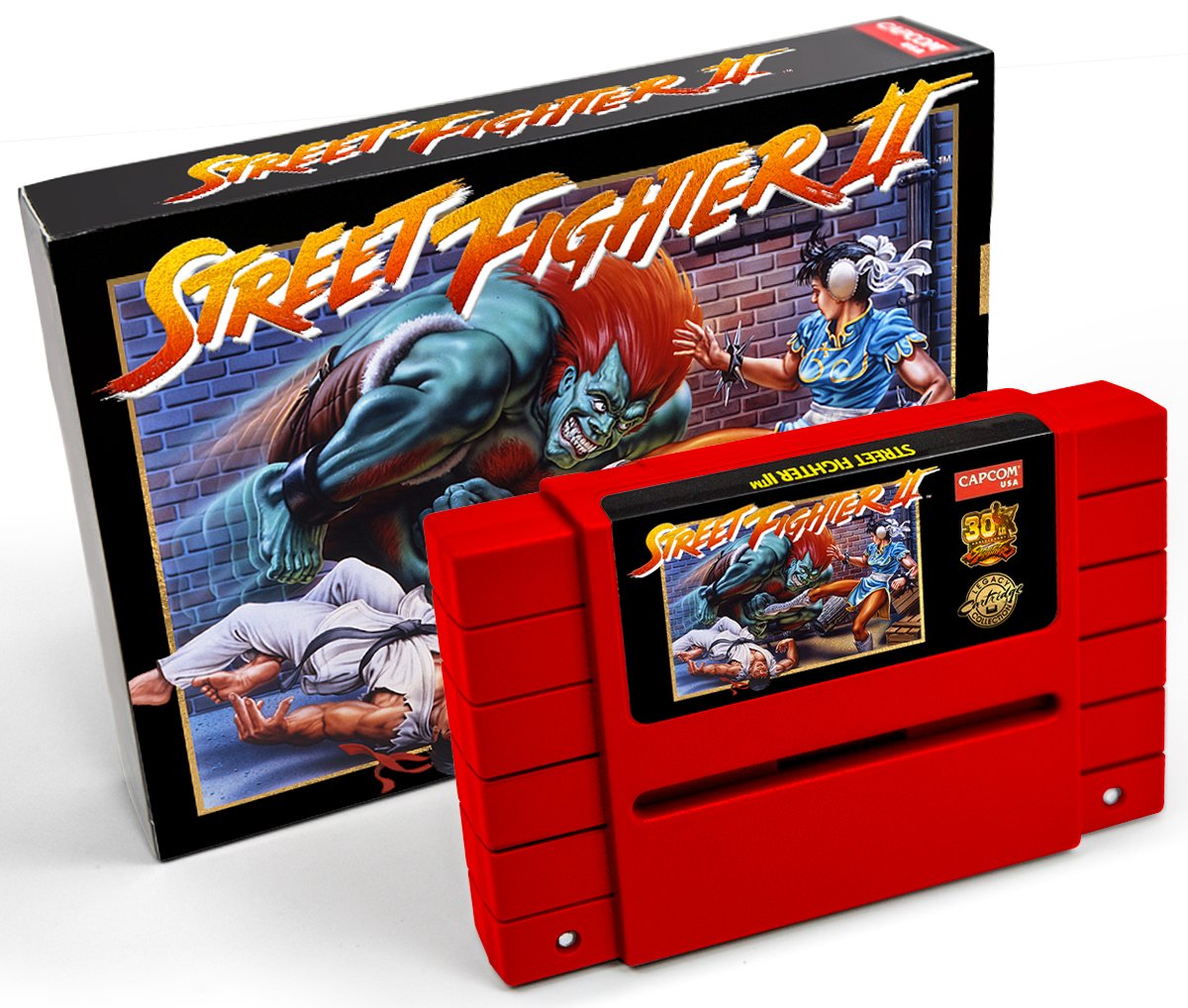 For those gamers that are kinda old (like me), then you might have remembered Capcom’s Street Fighter II in the arcades and how one game managed to revitalize an entire industry and genre. If you remember that, then you no doubt remember seeing and playing the Super Nintendo Entertainment (Super Famicom for me) version of SFII and how faithful it was to the arcade original.

As part of the game’s 30th anniversary, iam8bit is re-releasing a working (read: playable) Street Fighter II SNES cartridge complete with box (matching original box art), manuals and more! It’ll cost you $100 though, and there’s a limit of two per customer since production will be limited to just 5,500 copies, with 4,500 of those being in “Opaque Ryu Headband Red,” while the remaining 1,000 will be in a super-cool translucent “Glow in the Dark Blanka Green.” There’s no guarantee which version you’ll get out of the box, and units will ship in late November 2017.

Check out screenshots and what’s included in the $100 below.

Needless to say, a lot of people will feel that nostalgia string tug away at their hearts and wallets and snatch these up real quick. Heck, I don’t even have a Super Famicom or SNES anymore and I’m considering getting one.