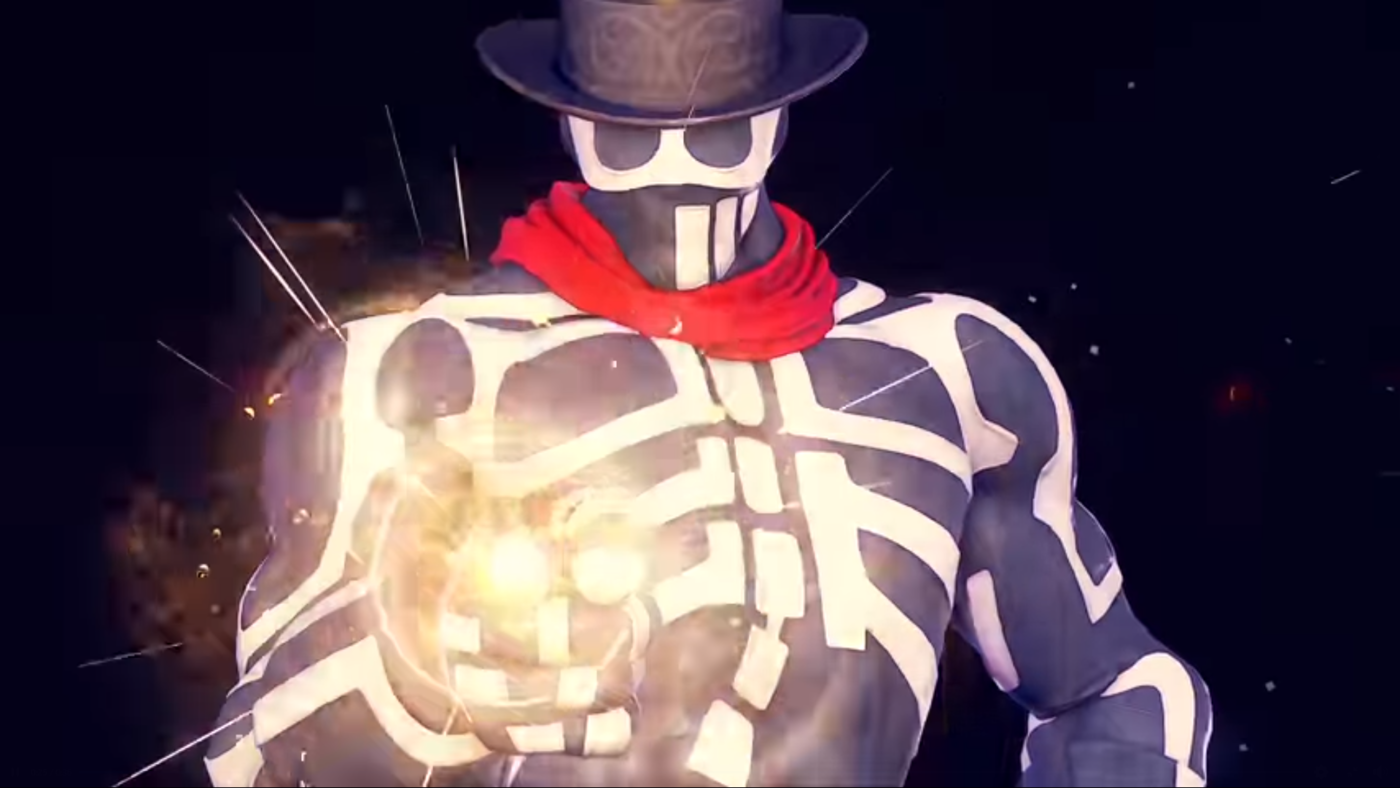 Street Fighter fans and players who have consistently participated in the Extra Battle missions in Street Fighter 5 are going to get something pretty nostalgic and sweet, as the newest crossover costume that will become available this week will be none other than Skullomania from Fighting EX Layer!

Here’s the Tweet sent straight out from the Street Fighter team themselves.

You asked for it, we're delivering! G transforms into the skeleton-suited hero, Skullomania!

First making his appearance way back in December 1996 when Capcom and Arika teamed up to develop the 2.5D Street Fighter series known as “Street Fighter EX”, Skullomania is a third-rate businessman who turns into a hero by donning a skull themed suit and fighting for the side of justice. The character serves as a tribute to the popular Tokusatsu genre of heroes such as Kamen Rider, as is actually inspired by “The Skull Man” created by the legendary manga artist Shotaro Ishinormi. Skullomania would continue to appear in the Street Fighter EX series all the way until the final release in Street Fighter EX 3 for the PS2, after which he would make his long awaited return alongside the other original characters created by Arika in the company’s own fighting game called Fighting EX Layer.

Be sure to read more news and features about Street Fighter right here on MP1st.

The Skullomania costume can be won for a limited time in Street Fighter 5: Champion Edition’s Extra Battle mode starting December 8.