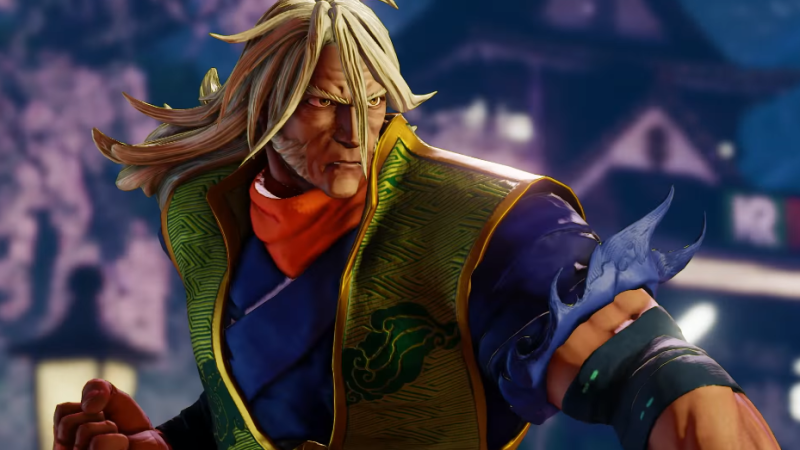 Capcom has released a new Street Fighter V trailer today, and it introduces Zeku to the fighting game franchise. For those not familiar with the character, he first made his appearance years ago in Street Fighter Alpha 2. Obviously, he’s gotten a design overhaul. Check out his moves and more in the video above.

Ful description of Zeku can be read below.

Zeku, 38th Master of Bushin, infiltrates Street Fighter V on October 24! First seen in Street Fighter Alpha 2, Zeku was Guy’s former teacher, who taught him how to master Bushinryu. Eventually, Guy defeated Zeku in order to obtain the title of 39th Master of Bushin. Going against tradition, Guy chose not kill Zeku, who then disappeared and was never seen again…until now!

Learning Zeku will require intense training in order to hone his multiple skill sets due to his ability to transform. His older self has slower moves, but packs a heavier punch while his younger self is reminiscent of Guy from previous games.