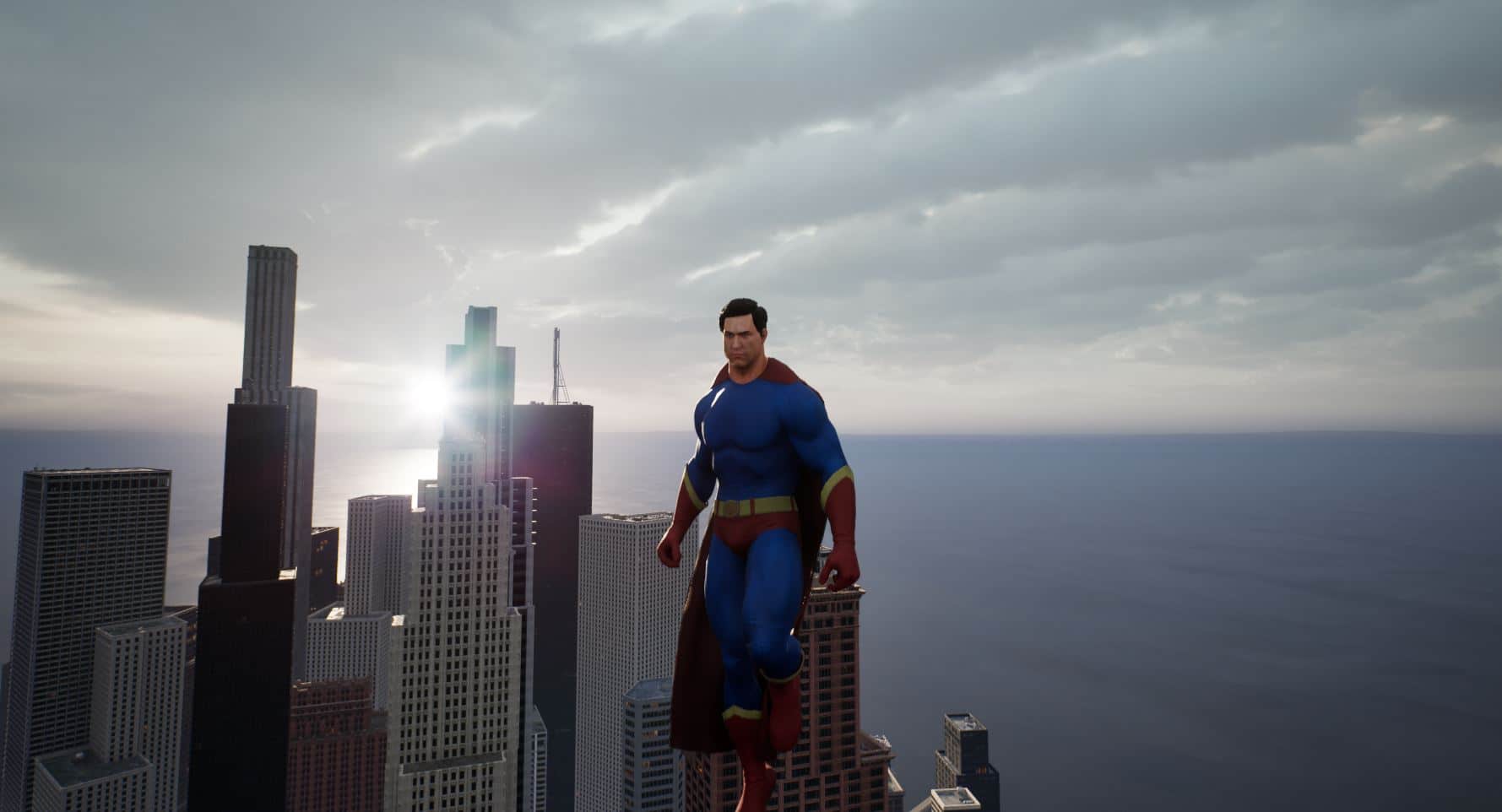 A Superman Unreal Engine 5 mod has been released on PC, showcasing a glimpse of what players can expect from a good, fleshed-out Superman game. Released for free on itch.io, the UE5 mod transforms The Matrix Awakens Unreal Engine 5 Experience into a small-scale Metropolis with Superman at the forefront. Check out footage of the mod below, as well as details on how to download it for yourself.

The Superman Unreal Engine 5 mod was created by Tyson Butler-Boschma, and he has made a page for it over on itch.io:

This project was built simply as a test for what a future Superhero game like Superman might be like in a large scale modern city running on UE5. I dream of a modern Superman game and with the release of UE5, seemed like fertile ground for some experimentation with the amazing packages Epic has made available.

This game uses Epic’s The Matrix Awaken’s Project City and replaces the character with a flying superhero variant of my own design using other marketplace assets.

You can check it out for yourself on PC, where he made the mod free to download. One more important note to mention is that due to the mod’s graphical fidelity, you may find it difficult to run even on some higher-end hardware; Tyson notes that he himself ran into issues despite rocking a 3090 card. It’s also quite interesting to see Superman without his S symbol, as the creator would probably run into copyright issues if he did.

Despite the limitations, this seems to give the community hope that it will be a foundation for a good, open-world Superman game in the future. Here’s hoping that WB Games also sees the market in it, as the publisher has been focused on mostly Batman now for their past few titles.