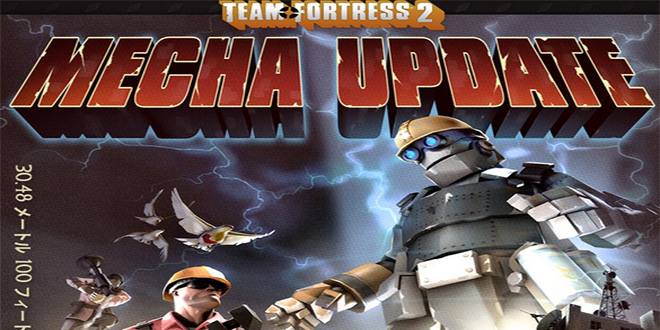 Tis the season of giving, and Valve sure is giving to Team Fortress 2 players. Expecting to release in the next few days, Valve is preparing to launch an update for Mann Vs. Machine, which is set to add a new character, along with a map and Christmas goodies.

Like always, Valve likes to mix in a little humor when it comes to character announcements:

So, you battle-hardened MvM vets think you’ve got that whole “stopping murderous waves of robots” thing figured out, huh? Well, re-check those figures, because the robot hordes just added a deadly new class to their clanking, soulless ranks: The Mecha-Engineer! And as the incredible art above this paragraph illustrates, it will be over one hundred feet tall! (It will not.) Not to worry, though, because it looks like Engineer will also be one hundred feet tall! (He also will not.)

They have also posted the current issue in their comic series, which you can view here.

Valve also announced a new map, titled “Big Rock” that will be joining Mann Vs. Machine. This map will be the biggest map for the game mode release thus far, and if you think fighting hordes of machine will be easy this time around, your dead wrong. Valve has said that the new Mecha Engineer class will possess teleporting abilities, allowing them to skip large gaps and teleport other robots.

For those who were playing Team Fortress 2 last year during this time, you’ll be happy to know that the Naughty & Nice Crates will be returning this year. As decribed on the site, the Naughty Crate will contain some limited festive weapons, whereas the Nice crate will be filled with winter-themed items. Both Crates will be available until January 3rd, so act fast while they last.

Oh, and the teaser site should look awfully familiar (or I’m just old) as it’s paying a great homage to the classic Godzilla Film, “Godzilla Vs. Mecha Godzilla” 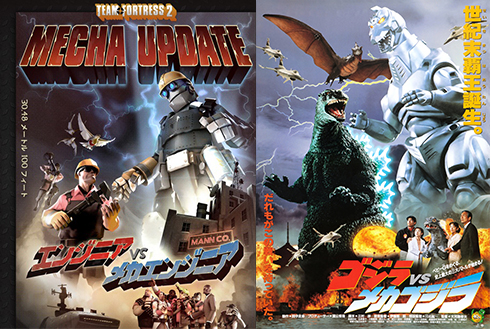