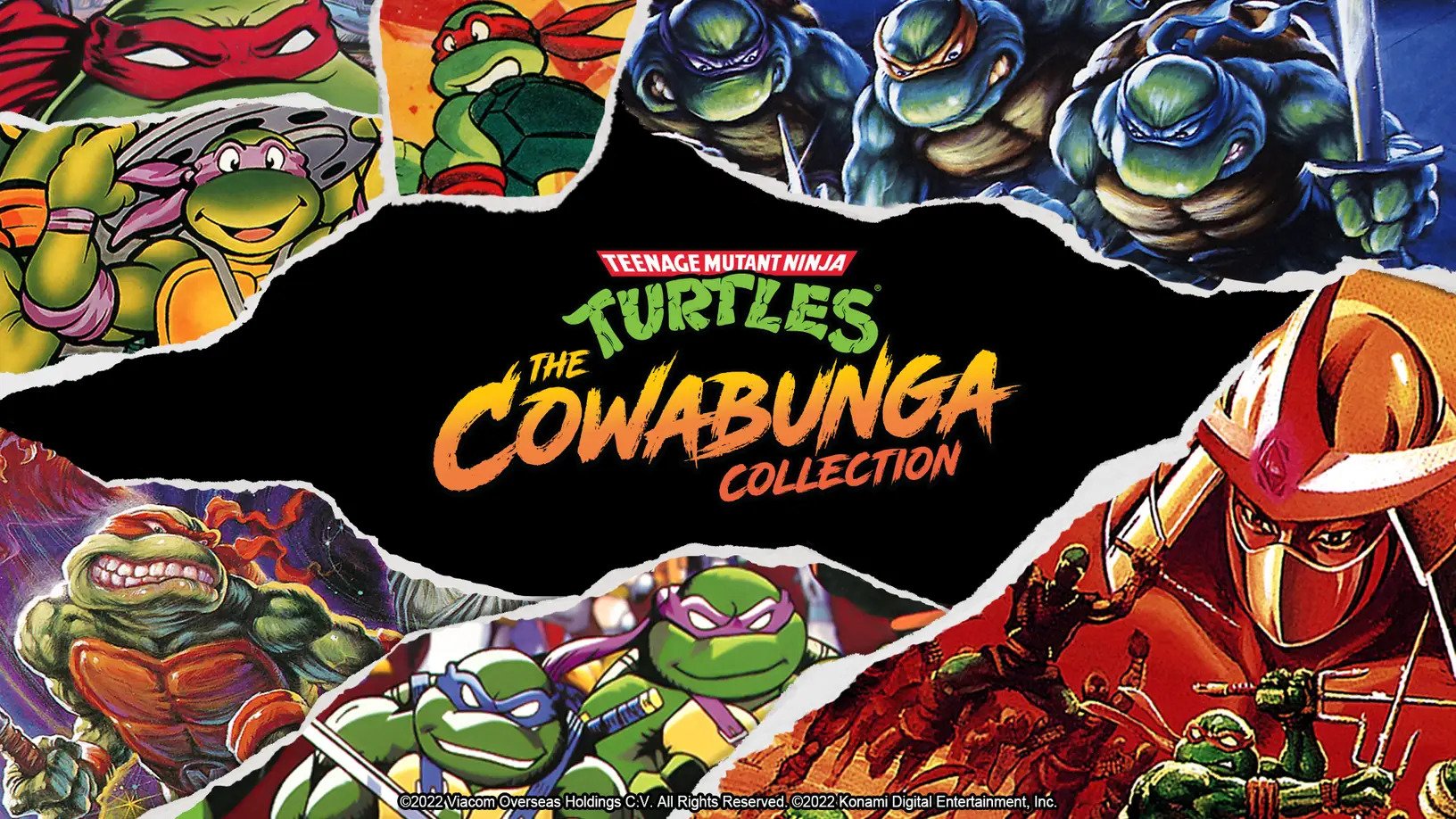 Check out the trailer below, as well as the games included:

Teenage Mutant Ninja Turtles: The Cowabunga Collection is a collection of thirteen previously released video games from the Arcade, Nintendo Entertainment
System, Super NES, Sega Genesis, and the Nintendo Gameboy. Immensely popular and very influential games, this collection provides a unique opportunity for gamers to experience these titles with a fantastic set of new quality of life features:
• Added Online Play* for certain games and Local Couch Play!
• Save anytime and Rewind
• Eleven Japanese Regional Titles – Release Versions
• Button Mapping
• HD texture updates
• Unique Development Art & Sketches
• Historic TMNT Media Content
The games are based on the characters and themes based on the 80’s children’s cartoon and comic book series, The Teenage Mutant Ninja Turtles. The game often takes place in a fictionalized New York city, in the sewers, inside a futuristic enemy bases and even across time itself! Teenage Mutant Ninja Turtles: The Cowabunga Collection will be available on PlayStation 4 and PlayStation 5 in 2022!

Update: More details has been shared by Sony!

Games included in the collection:

Here are the games that will feature online and couch co-op:

Instead of pumping a machine full of quarters, the Cowabunga Collection’s Arcade games (Teenage Mutant Ninja Turtles and Teenage Mutant Ninja Turtles: Turtles in Time) lets you and up to three friends have the arcade experience at home on your couch or online. The 8-bit TMNT II: The Arcade Game, TMNT III: The Manhattan Project, and the 16-bit TMNT IV: Turtles in Time, and The Hyperstone Heist will also have all the local multi-player fun of yesteryear.

Returnal New Content and Co-Op Coming in “Ascension,” Out in March 22 With Update 3.0