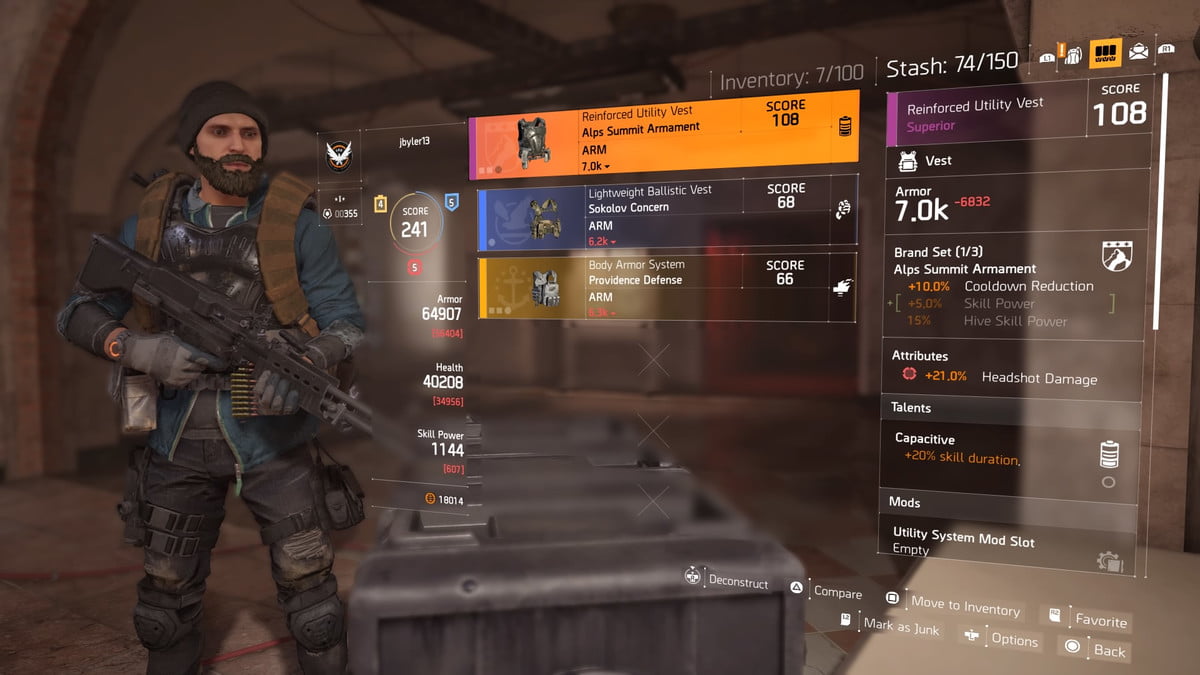 In this week’s State of the Game devestream for The Division 2, the devs talked about one of the big features coming to the game in Title Update 11 (TU11) and that’s The Division 2 gear transmog (or transmogrification)! Note that this only applies to gear and not weapons.

What Gear can be changed

Title Update 11 will implement the long-awaited Transmogrification – or Appearance Mods – system into the existing character menu for The Division 2. With Appearance Mods, you’ll be able to change the appearance of your gear beyond the normal dye and coloration. Now you can change your mask, backpack, chest, kneepads, gloves, and holster to look like a similar piece of a different brand.

All armor gear, from common gray to high-end gold rarity, as well as gear sets can be altered in its appearance. Appearance Mods will allow you to finally get the specialized look you’ve always wanted or change the style of the setup you’ve loved for its function, but not its form.

Special gear like Exotics cannot have their appearance changed, however. These pieces are more visually distinctive and are meant to stand out. Conversely, other items cannot be made to look like Exotic pieces.

How can I change the Gear

Simply inspect a gear item as if you were going to change the mods or add a dye, where you will see a new option called ‘Mod Appearance’. Here you’ll find the wide variety of potential looks you can select for your gear based on the gear you have acquired while playing.

Appearance mods unlocked on one character will be accessible across all your Agents, so make sure you log-in to each of your characters after TU11 to unlock all the gear-looks that you already possess in your stash and inventories. You’ll be able to “Favorite” your preferred options in the Appearance Mod menu for quick access as well.

Changing the appearance of gear will not change its performance in any way. Attributes, brand and set bonuses, rolls, and mods will persist from the original gear – only the visual look will change. Modified gear can also still be dyed as normal. Appearance Mods can be changed, removed, or replaced as easily as standard mods – just like gear dye.

Your appearance mod choices will appear to yourself and all other players. Other players will still be able to inspect your Agent to see what your gear is underneath the Appearance Mod if they so choose.

Appearance modifications will persist on gear just like a dye slot mod, you don’t have to worry about a limited supply or items losing their look once they’re unequipped. This way the Appearance Mod will also be saved in the Loadouts and be changed with the Loadout.

Appearance Mods will be available to all players at all levels when TU11 launches. Characters new and old, standard and Hardcore, will all have access to the library of all gear appearances. Gear visual options will have to be unlocked, but all it takes is looting the item. (or have the item in the inventory or stash) If you were to pick up a pair of Grupo Sombra S.A. gloves, you would unlock the Grupo Sombra S.A. gloves look for all other gloves. That option remains even if the original pair of gloves is sold, discarded, or deconstructed. So the Appearance Mods will not have a footprint in your stash.

In addition to The Division 2 gear transmog breakdown, Ubisoft Massive confirmed that PS4 players suffering through the blue screen issue will get a fix next week on August 25! Note that this patch is for PS4 only, and unfortunately, the studio states that every ocurrence of the bluescreen bug will be fixed, but they believe the main cause has been found, which should result in a significantly better experience for players.

Finally, here’s what to expect in the next two State of the Game devstreams: 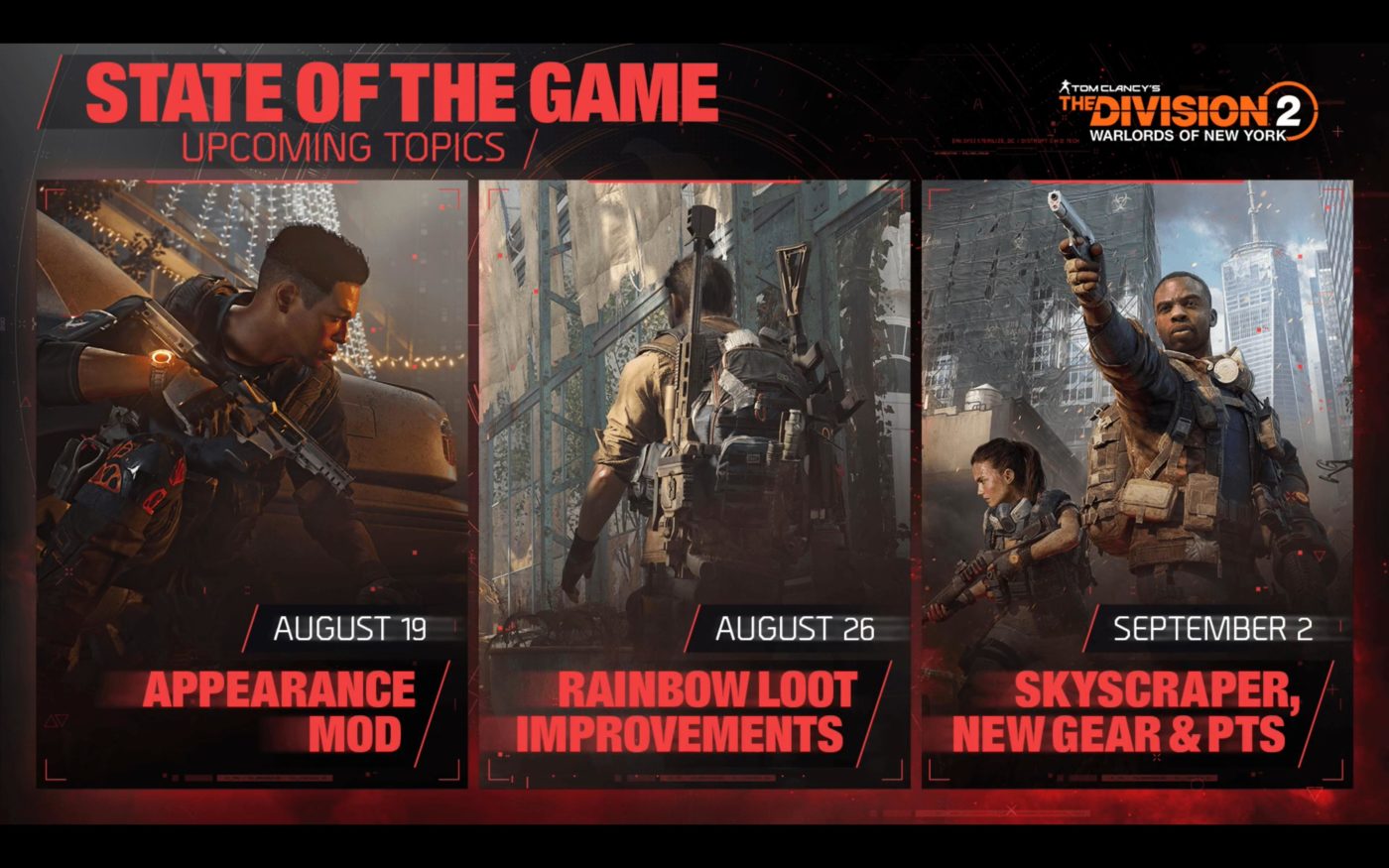 Once this patch is out next week for PS4 players, we’ll let our readers know. Note that this won’t be Title Update 11. Speaking of which, Ubisoft has confirmed that the Skyscraper mode will be coming with TU11!