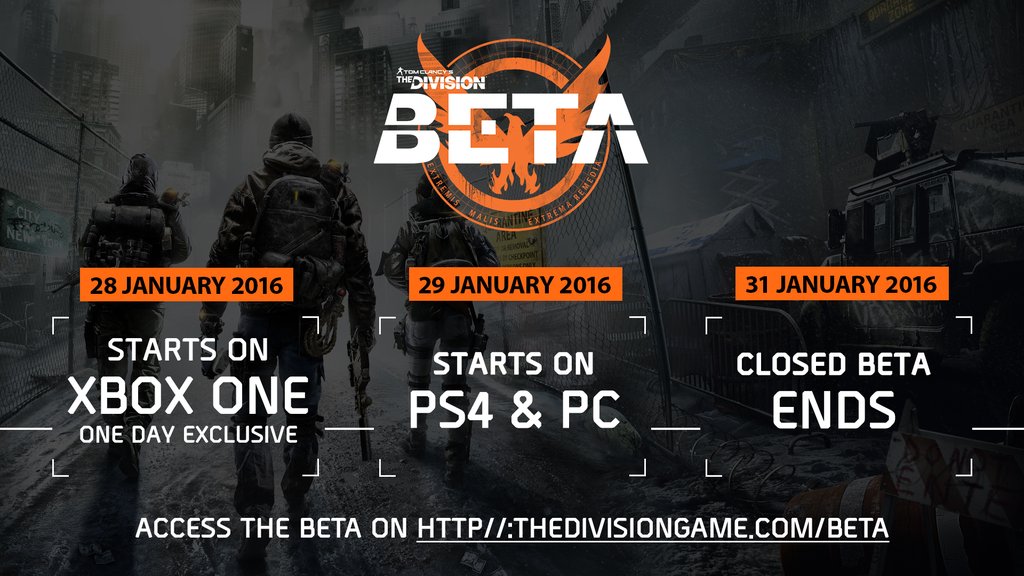 After being moved out of last December and into 2016, the official start and end dates for The Division‘s Closed Beta on Xbox One, PlayStation 4, and PC are finally in.

Ubisoft Massive announced January 29 as the official kick-off day for the closed beta on PlayStation 4 and PC. Meanwhile, Xbox One users will get in one day early on January 28. There won’t be a whole lot of time to take it all in, however, as the beta ends on all platforms on January 31.

Your mission is about to begin…#TheDivision closed beta starts January 28! || pic.twitter.com/FFaL4z5QHv

If you haven’t signed up for the waiting list yet, the link to do so is right here. You can guarantee a spot by pre-ordering the game. Check out the official FAQ for more details.